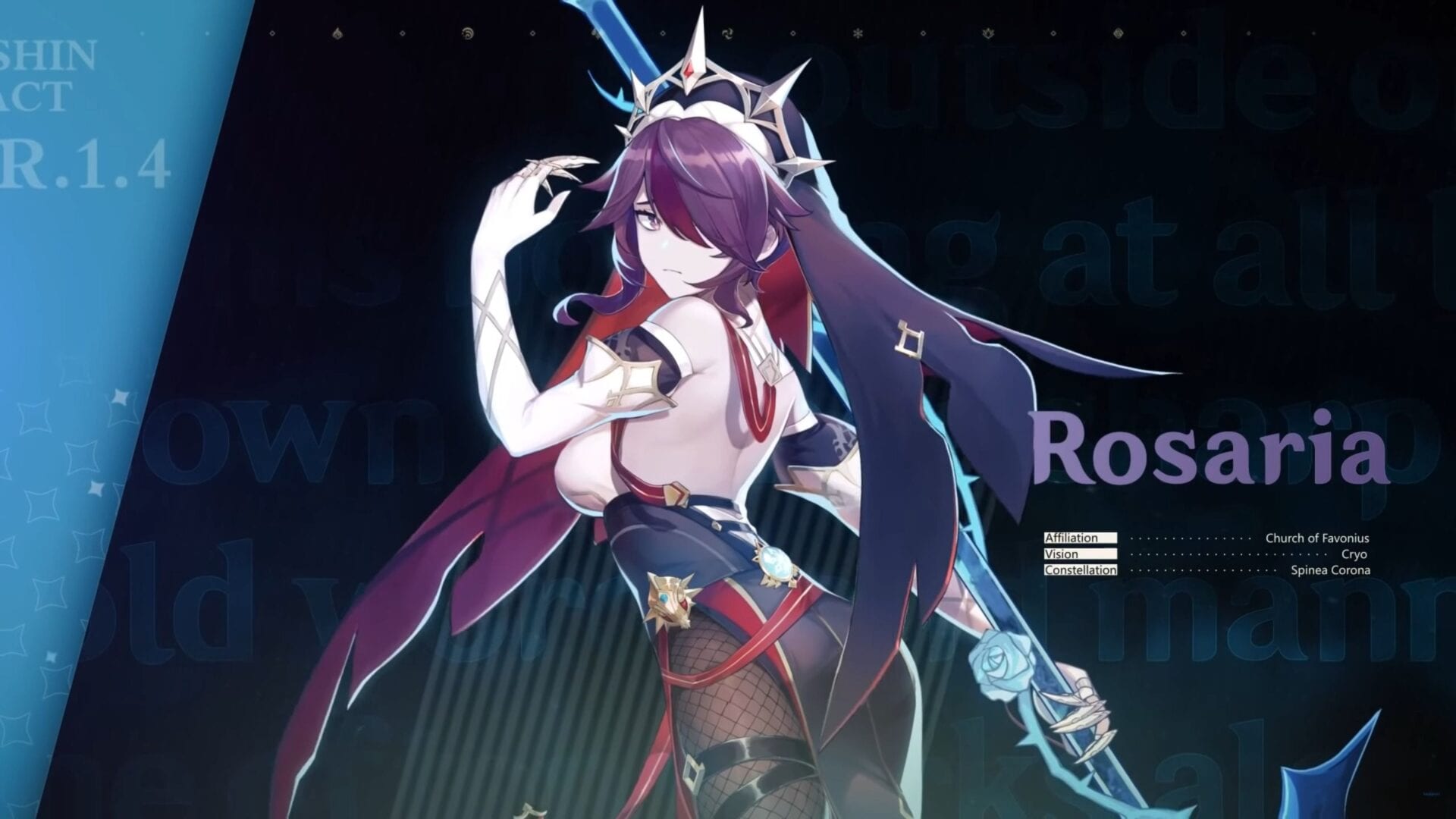 Like the previous video, this trailer focuses again is on the newest character you can add to your team, Rosaria. It showcases her frost-based ability as we hear about her role in the setting.

You can check out the trailer below alongside the version with Japanese voice-overs, if that’s what you prefer.

“The City of Freedom is old in years but young at heart, innocent in spirit despite a history mired in complexity.

While the pure sleep in safety, a sinner spills blood in the night, taking the act of redemption into her own hands.”

If you want to see more of Genshin Impact, you can enjoy another trailer about Diluc, one focusing on Venti,  two trailers introducing Fischl, three showcasing Klee, one on Jean, one on Keqing, a whopping three featuring Childe, one showing Zhongli, one featuring Xinyan, one focusing on Albedo, more on Ganyu, one on Xiao, and one on Hutao.

The game recently received update 1.4, and you can check out its announcement trailer on top of plenty of footage and information.