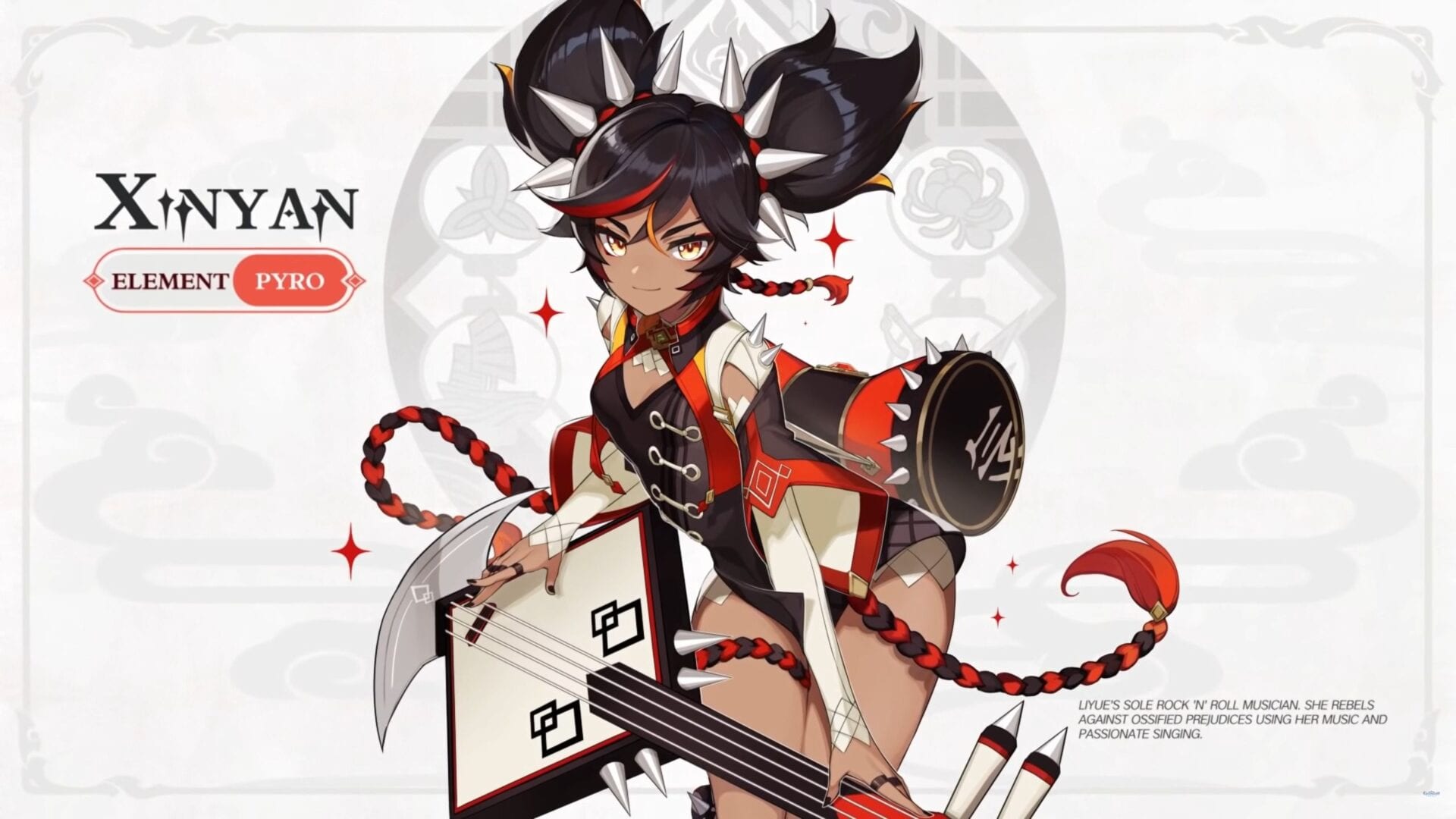 The new character is Xinyan, and she’s basically a rockstar. I mean it literally.

The trailer introduces her fiery personality and then moves on to showcase some of her gameplay.

You can check her out below and see if it gets you excited about the arrival of Xinyan.

If you want to see more of Genshin Impact, you can enjoy another trailer about Diluc, one focusing on Venti,  two trailers introducing Fischl, three showcasing Klee, one on Jean, one on Keqing, a whopping three featuring Childe, and one showing Zhongli. You can also read our recent review.