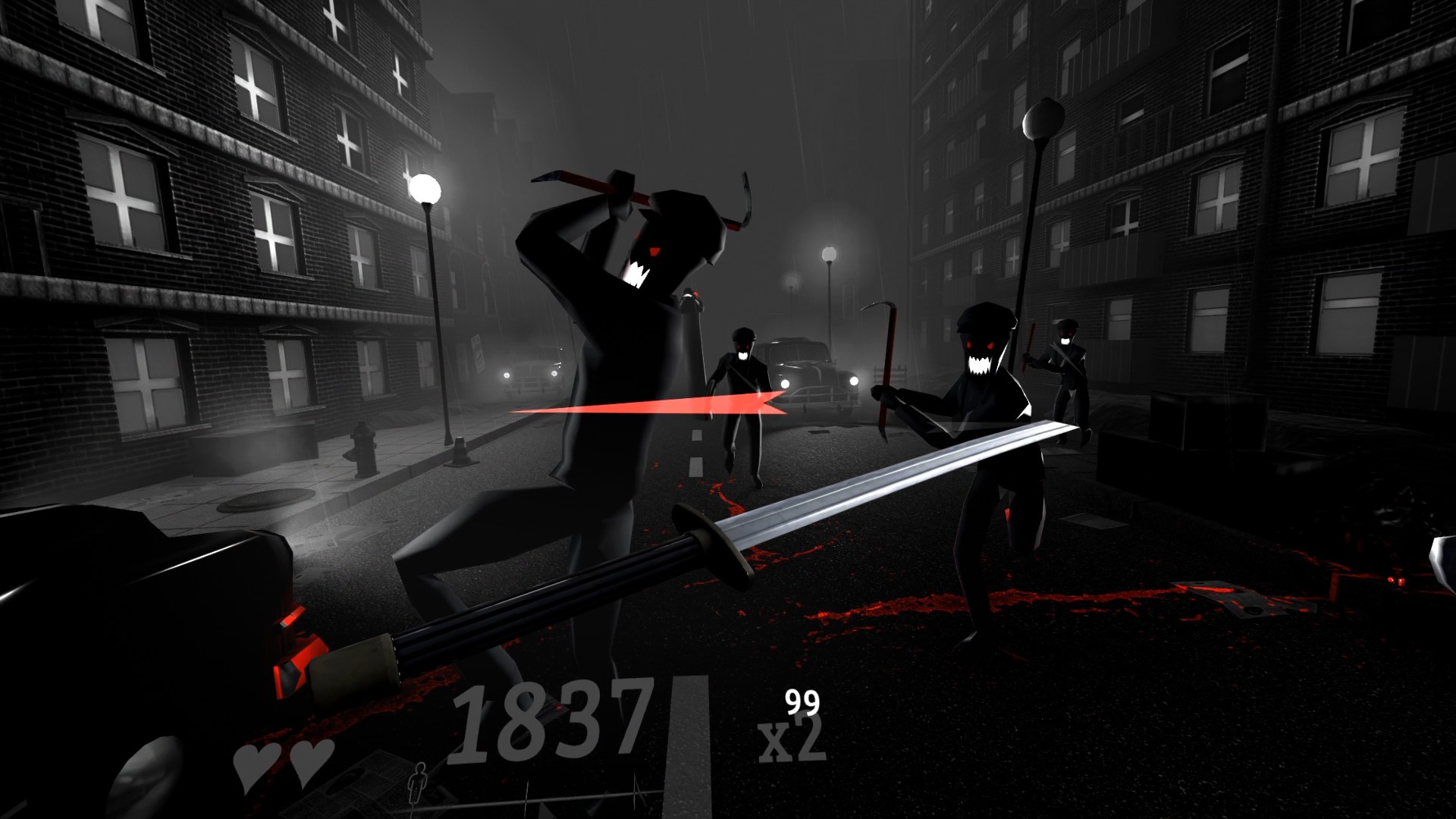 Love the chaos and energy that comes with virtual reality rhythm games, but are just dying for a noir touch? Then Joy Way’s upcoming rhythm VR title Against is perfect for you.

In the video below, you can see the game’s unique and gritty aesthetic, as it shows off some pretty awesome footage.

While it may look like Sin City, its gameplay is a cool combination of Beat Saber, Pistol Whip, and FitXR, as it has players shooting, slicing, punching, and parkouring their way across the city to faced-paced music.

The developers described the game as followed:

New York of the 30s is a city of faded colors and frightening shadows. “AGAINST” is a rhythmic journey through those crime-ridden streets. Dispatch villains to the beat as you progress through dark alleys. Slice the mafiosos with your sword and mow them down with your pistol – but do it rhythmically for points and pleasure. Dodge obstacles, run up walls – all the while picking off your enemies as the pounding music builds. At the end of each level, take on the boss in sync with a musical climax.

Modern songs set to a film noir aesthetic and combined with rhythmic combat make for a truly unique experience.

Against is Joy Way’s third VR title, joining the likes of Stride and Time Hacker when it releases at some point on steam in 2021. For more information on the game, head over to its official Steam page, and be sure to check back to our site for updates as they arrive.