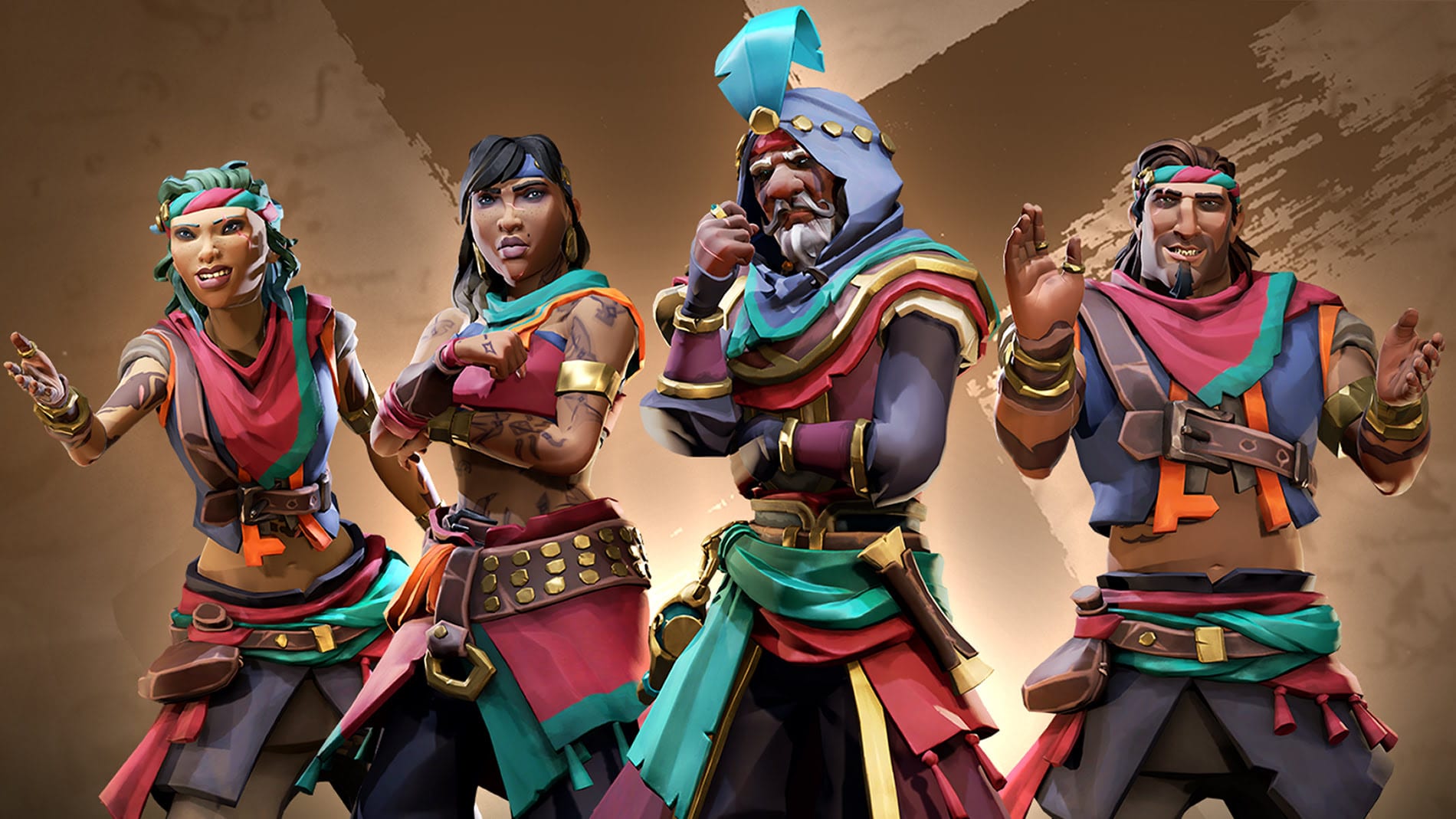 Today Rare and Microsoft showcased new items in the Pirate Emporium for Sea of Thieves.

We get to see the Sea of Sands collection including themed outfits, weapons, and even a ship set.

Since Chocolate Eggs aren’t very common on the Seven Seas, pirates make do with painted coconuts to celebrate Easter with a new emote set, on top of the Showboater Weapon Poses and a free ROFL emote.

Pet lovers get the Gold Curse set, and those who missed the Reaper’s Mark sails last year get another chance at them.

Sea of Thieves is currently available for Xbox One, Xbox Series X, Xbox Series S, and PC. Just yesterday, we learned that it has been played by 20 million eager pirates over its three years of history.

If you’re unfamiliar with the game, you can read an official description below and take a look at an explanation of the new seasonal content.