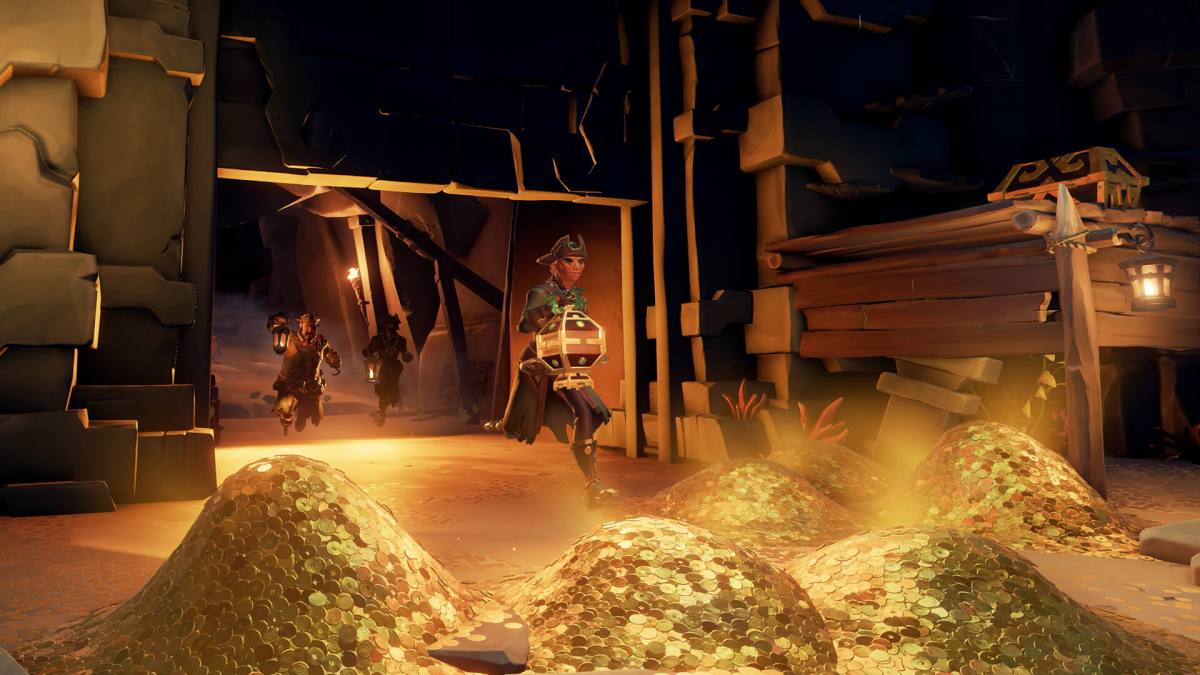 This weekend will mark the third anniversary of Sea of Thieves and Rare is celebrating by offering up some limited-time sign-in items along with bonuses to reward players who hop in and play during the next few days.

There will also be a “Gold and Glory Weekend” that will run from March 19 (00:00 UTC) to March 22 (23:59 UTC). During this time you’ll get double gold, double Trading Company reputation, and extra seasonal renown.

Here’s a list of other promotions that are going to be running alongside the special third anniversary perks:

Rare flexes that over 20 million “pirates” have played since launch. While it was always a compelling and enjoyable pirate game, back in 2018 when it launched we felt it was a bit light on content. Since our review, though, Sea of Thieves has grown dramatically, offering new content such as fishing and dedicated PvP, and has settled into a stable niche.