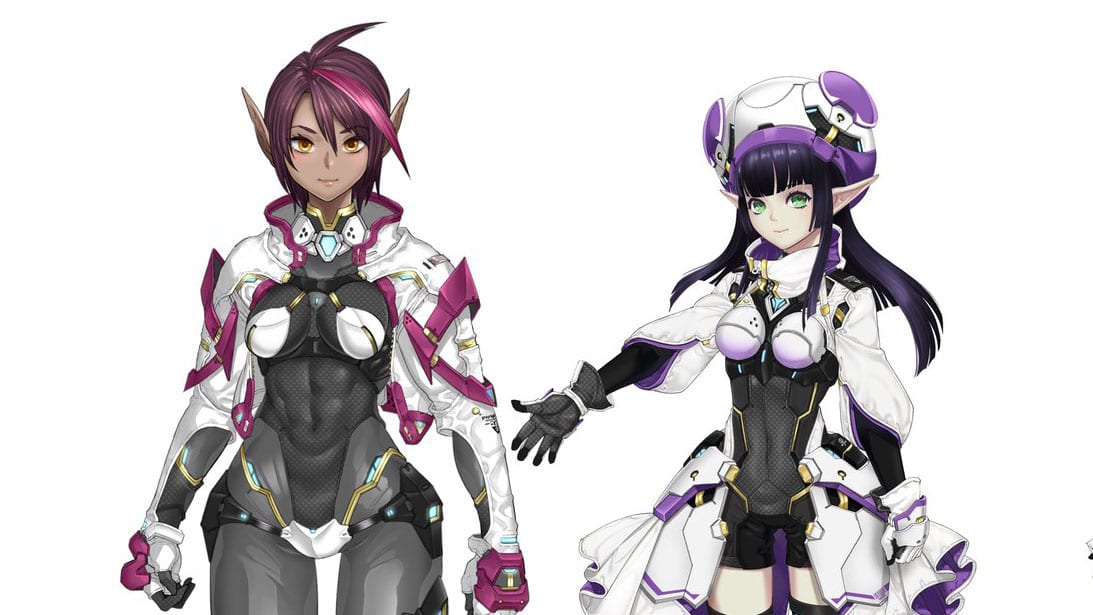 The artwork showcases four outfits that appear in the opening video and are actually available in the game, Allaia Quartz, Viola Marill, Mates Quarter, and the Di Giant set of CAST parts.

On top of that, we take a look at a batch of screenshots showing different dynamic weather conditions, which actually affect the enemies you’ll encounter.

Recently, we also got to see a glimpse at the new engine that will provide a fresh coat of paint for the original Phantasy Star Online 2, (it actually already released in the Japanese version) bringing it closer to the standard that Sega is going to set with New Genesis.