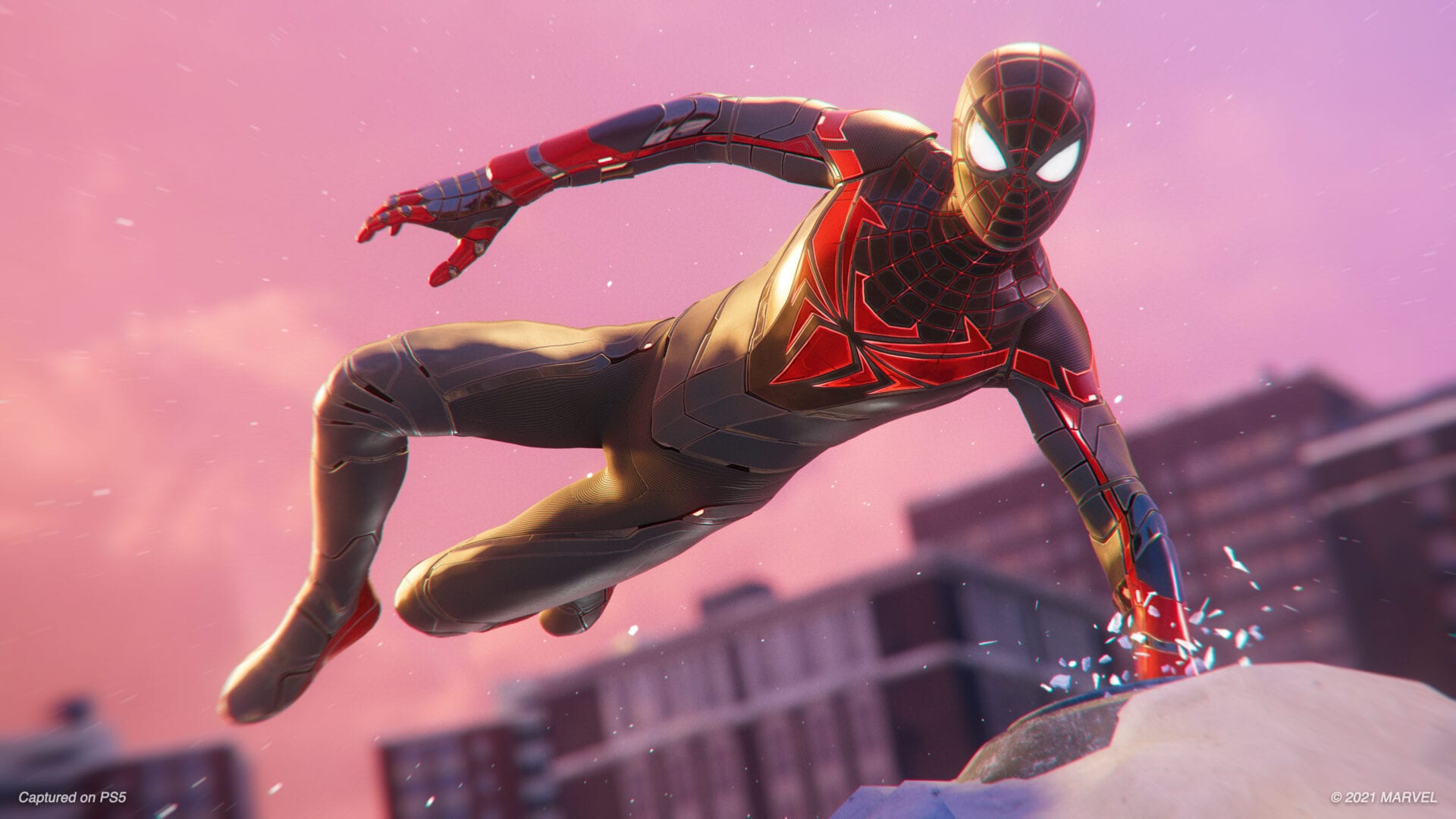 If you are still not doing saving New York, or just love swinging about the amazingly realized city in Insomniac Games’ Spider-Man: Miles Morales, things just got a little more advanced. A new update for the game brings various bug fixes and tweaks, but more importantly, the new Advanced Tech Suit will be available for players in Spider-Man: Miles Morales.

Superheroes on both PS4 and PS5 will benefit from this new update and addition. However, those on the newer consoles will get to experience something unique to the PlayStation 5.

Selected suits, likely to include the Advanced Tech Suit in Spider-Man: Miles Morales, will feature something called realistic muscle deformation.

That sounds painful, however, according to Lead Character Technical Director Josh DiCarlo, it is something really exciting for those who love their characters to bring realism.

Miles would be simulated completely from the inside-out, using techniques that were previously only possible in film. This will make the character less of a mannequin, and more akin to the actual muscle and structure you see in a real person.

So every deformation on the costumes is the actual result of muscle and cloth simulation.

Spider-Man: Miles Morales was already a looker, and with this new update, is upping the bar even more. It is the inclusion of such details that truly make fans marvel at what could come next using the power of the new consoles.

If you are ready to don the Advanced Tech Suit and have some fun in Spider-Man: Miles Morales, you can already do so. The update is already live.

In addition to how good the game looks, we all know how great the music selection is as well. If you are a purist, be sure to check out the soundtrack on vinyl. For the heroes that have already saved the city, here are some other activities for you to check out in the Big Apple.