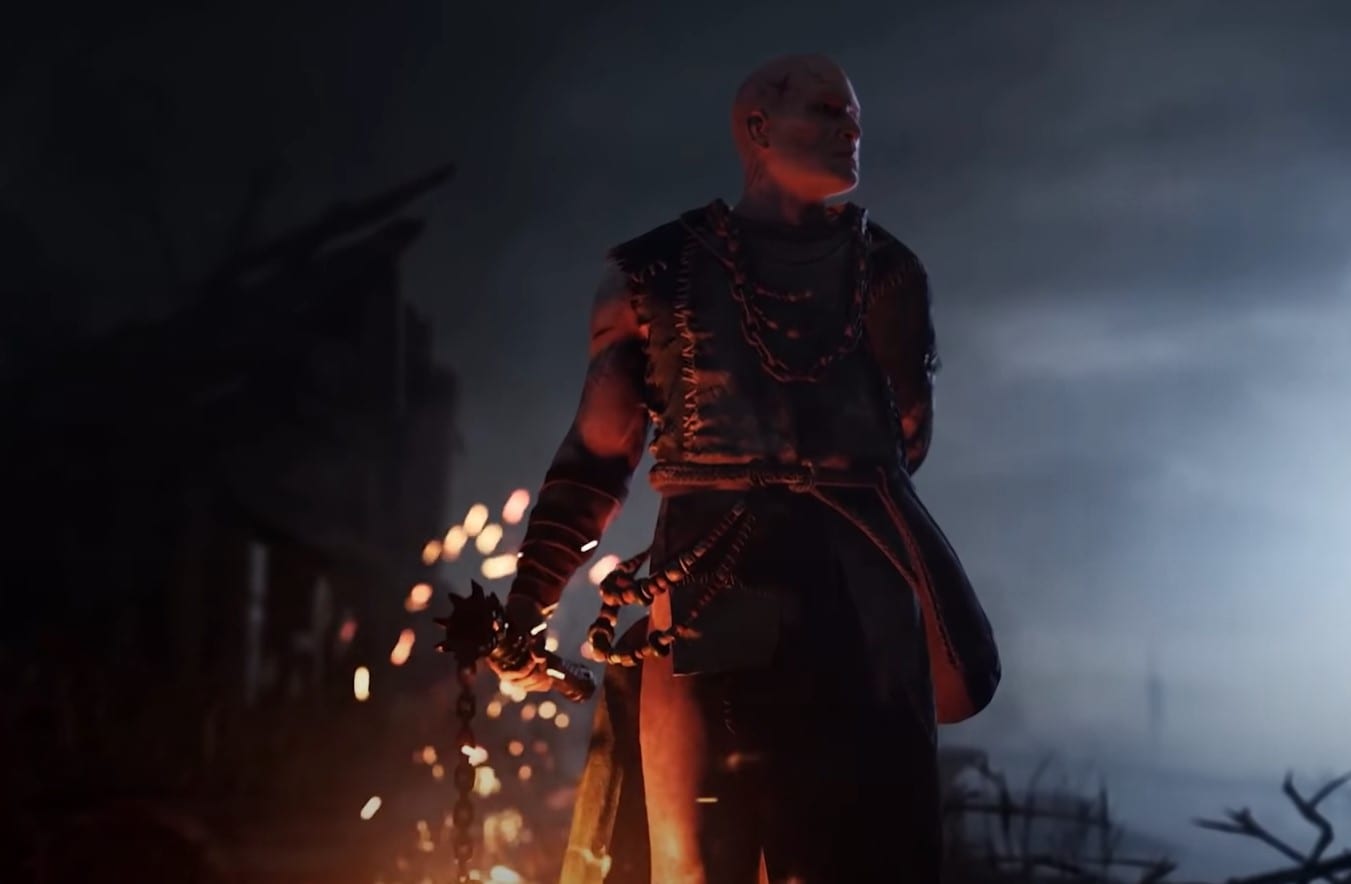 Following the reveal of the Ranger, Hunter, and the Brawler, Focus Home Interactive and Sumo Digital are continuing the Hood: Outlaws and Legends promotional gauntlet with the latest trailer reveal spotlighting the Mystic.

Tooke, as he is called, is a former inquisitor whose “tenacious obedience to religious scripture was used and exploited by the state.” Suffice to say, he is none too happy, and revenge is on the cards.

If you are a fan of supporting your fellow teammates with versatile healing or crowd control abilities, then the Mystic should be right up your alley. The class is also a capable melee fighter, and judging from the flail, I do not doubt that.

The flail has a long reach, and can help teams control crowds effectively. The heavy attack allows Tooke to reach enemies at range and stun them, opening them up for more punishment.

The Mystic is able to regenerate stamina quicker than other classes in Hood: Outlaws and Legends thanks to the Aspire trait. In fights that can last a long time, Tooke is more than able to last the distance and be the last man standing.

Packing poison as his gear item, players can use these grenades tactically to obscure enemy vision, while sapping them of their stamina. You can utilize the poison to flush enemies out of their position, or set things up by weakening them first.

As for his Ultimate ability, the Mystic brings Instinct to Hood: Outlaws and Legends. Using his religious connections, Tooke is able to see enemies through objects and walls for a short period of time. During the duration of Instinct, both the Mystic and nearby allies get increased healing as well.

Just like the other classes, perks can fundamentally change how the Mystic works in Hood: Outlaws and Legends. You can swap out poison grenades for healing ones, or add life drain to your attacks.

Hood: Outlaws & Legends launches on May 10 for PS5, Xbox Series X|S, PS4, Xbox One, and PC. Pre-orders will grant players an early access period that begins on May 7.

Be sure to check out the previous trailers as well on the Ranger, the Hunter, and of course, the Brawler.