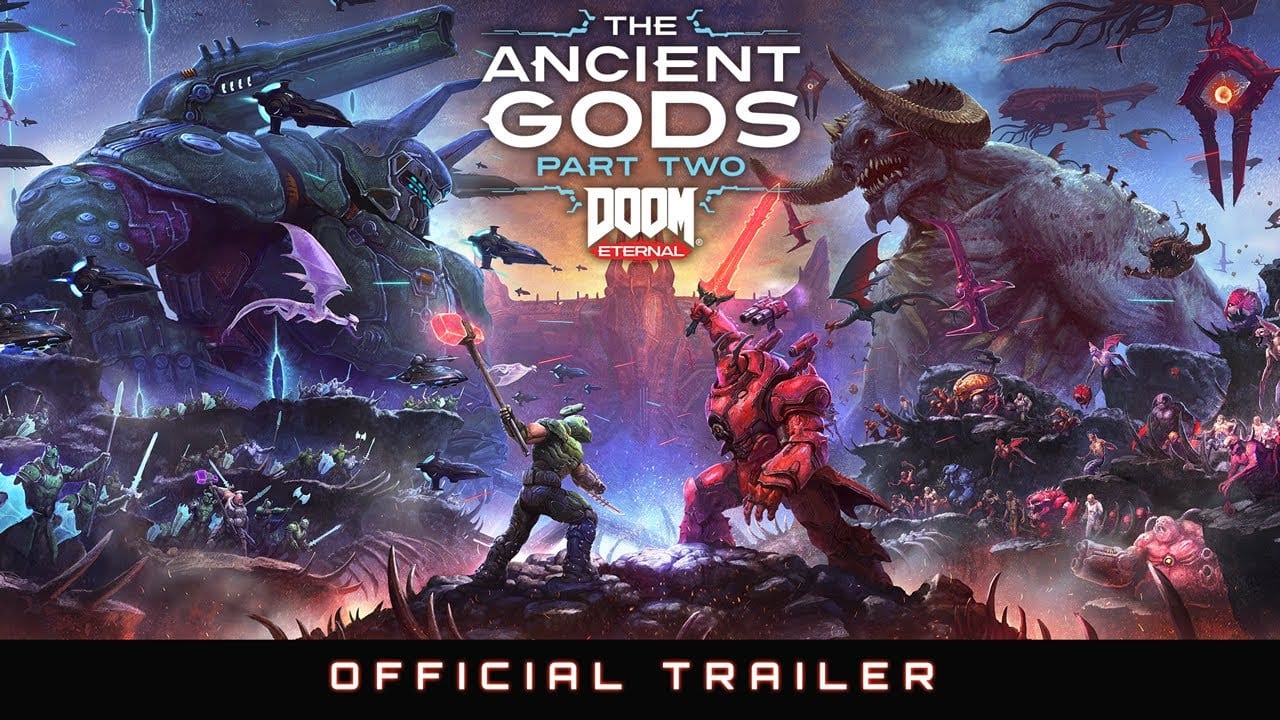 As expected, Doom Eternal’s second DLC chapter, The Ancient Gods Part Two, has been showcased with a full trailer reveal today following a tease earlier this week. The content is available from tomorrow, March 18, across all platforms.

id Software tees up its story premise with the following synopsis over on YouTube:

The Ancient Gods – Part Two is the second campaign expansion to the critically acclaimed DOOM Eternal. You denied the gods and awoke an ancient evil. Now rally the scattered Sentinel armies, lay siege to the last bastion of Hell, break through the fortress walls, and face the Dark Lord himself. The soul of the universe hangs in the balance. Your war against Hell ends here.

For those who have Game Pass, Doom Eternal has long been available on the platform, marking one of the first Bethesda games to mark Microsoft and ZeniMax’s merger. The addition came only days after Microsoft announced its $7.5 billion acquisition of Doom’s publisher Bethesda Softworks.