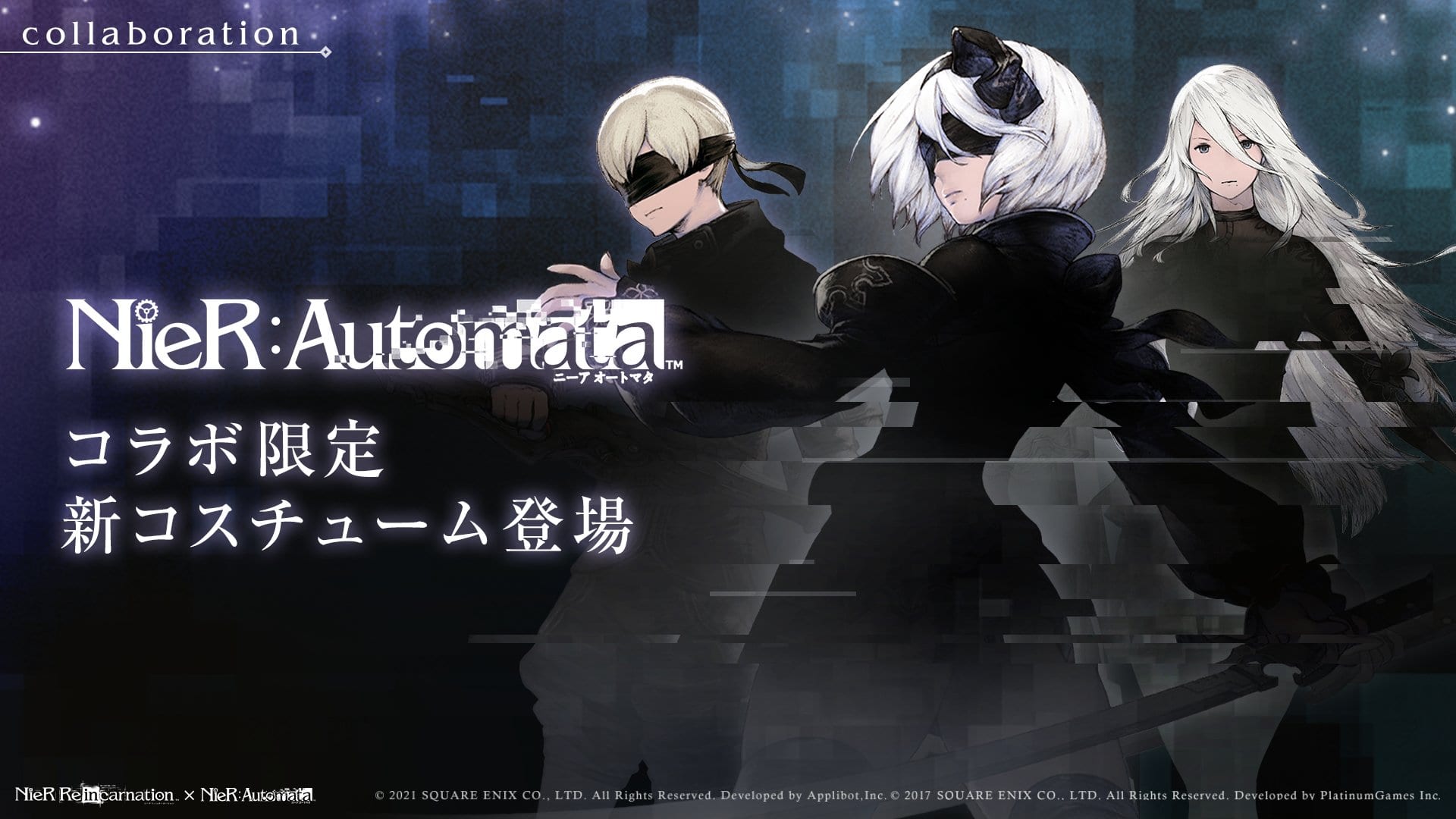 The game is releasing in Japan on Feb. 18, so what we saw today is pretty much final.

First of all, we get to see new gameplay, including a shooting minigame which was almost inevitable.

On top of that, we learn that NieR: Re[in]carnation received almost a million pre-registrations in Japan as of Feb. 14. To be precise, 957,420.

Last, but certainly not least, the developers detailed the inevitable NieR: Automata collaboration that will be available on launch day.

Players will be able to get a login bonus building up to a “Emil Head” weapon. Until Feb 31 you’ll also be able to grab (via gacha) collaboration costumes including 2B, 9S, and A2.

A collaboration quest will also let you earn medals that can be exchanged for specific rewards. You can check out all the slides below.

You can also take a look at the announcement of the game, the first gameplay trailer, the first screenshots, another trailer, and more gameplay.