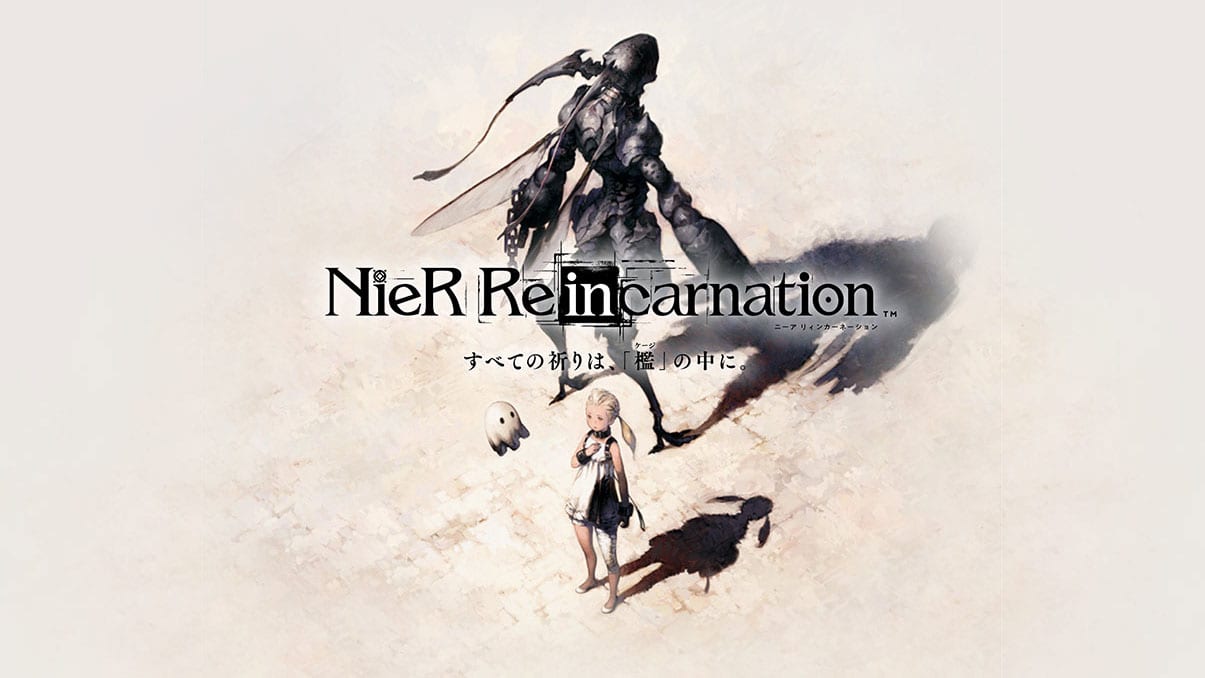 The trailer provides an extensive look at the game, showing more of what we can expect, including what appears to be actual gameplay.

The gameplay itself is divided between exploring the place called “Cage,” playable memories that have a different visual style, and combat.

The images include three screenshots portraying environments of the Cage, and three main characters designed by acclaimed artist Akihiko Yoshida (whom you may know for his work on Final Fantasy Tactics, Final Fantasy XII, Final Fantasy XIV, NieR Automata, and many more games), on top of the key artwork.

The protagonist is a girl who wakes up in a strange place named “cage” surrounded by majestic buildings. Guided by the strange ghost-like creature named “Mama” she explores the large stone hallways to recover what she has lost and atone for her sins.

We also get to see the “Black Monster,” a strange creature wearing armor that wanders the Cage. It seems to have an unknown purpose.

NieR Re[in]carnation is coming for iOS and Android. You can also take a look at the announcement of the game, the first gameplay trailer, and more screenshots.

Incidentally, we also learn that a closed beta is going to be hosted starting in July 29 and ending on August 4. 20,000 players will be selected (10,000 per platform).

Applications are already open, but they’re available only for the Japanese audience.