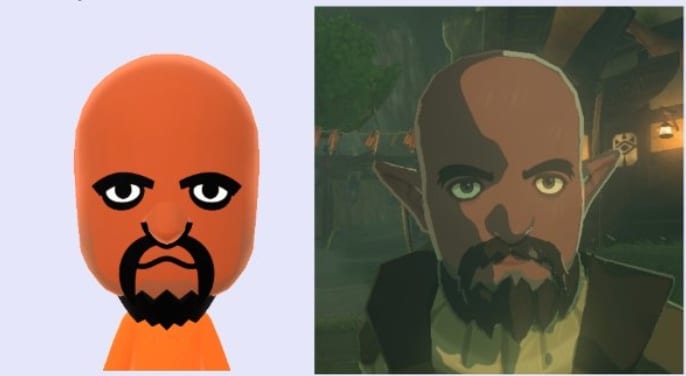 Ever since the good ol’ Wii days, Nintendo has shoved Miis into lots of things. We have Miis in Mario Kart; there are Miis on the 3DS; Miis exist on the Switch, and we even have Mii fighters in Super Smash Bros. now.

And according to a modder, even the NPCs in The Legend of Zelda: Breath of the Wild have been created using an advanced version of the Mii character format. HEYimHeroic on Twitter has even found a way to inject most Mii characters into Breath of the Wild, and they’ve even started to consider taking commissions to help players get their favorite NPCs into the game.

You can see the initial tweet down below from HeyimHEROIC that shows off some of the NPCs that have been made by importing Miis like Barret from Final Fantasy VII, Matt from Wii Sports, and the modder’s personal Mii, Alice.

People asked the modder on Twitter if the “important characters” in the game were also created by using the same Mii format, which would be characters like Link or Zelda. Turns out that “special characters” are apparently premodeled in 3D and don’t use that same format, and therefore cannot be changed with an injected Mii file.

There goes our hopes and dreams of turning Link into my own personal Mii –dang it.

HeyimHEROIC also discovered that it is possible to backport Breath of the Wild NPCs into Miis, but much of the information would be lost; you can still get pretty close, though.

If you like to learn more about the history of Miis, you can check out the Mii Library, which is a website from the same modder that documents every single instance of Miis in Nintendo’s titles. It’s a pretty cool project if you ask me.

And for more on The Legend of Zelda: Breath of the Wild, check out this insanely cool mod that adds Super Mario 64’s Whomp’s Fortress to the game, and another one that makes Luigi the new hero of Hyrule.