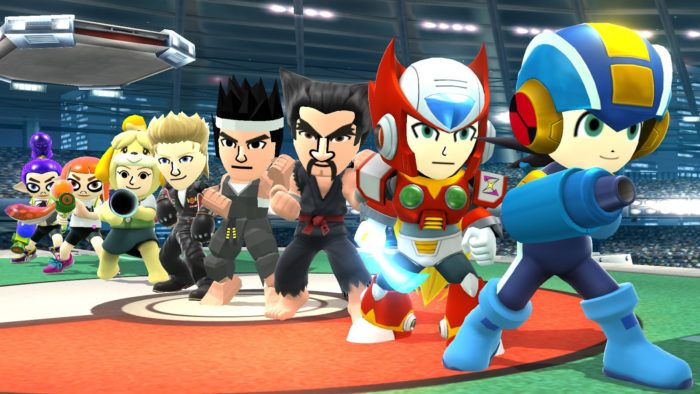 Nostalgia is a powerful tool in marketing. Evoking fond memories of a time since passed tugs on heartstrings in a way that is raw and visceral, and simply seeing a product from yesteryear is like reuniting with an old friend.

Pulling out the Nintendo Wii after a seven-year slumber, then, is akin to a massive reunion in some ways. Not necessarily due to the software library on offer — though that also makes for a pleasant stroll down memory lane — but for its introduction of the Miis.

For some people, making a Mii felt like an arbitrary task. They simply opted for one of the blank, soulless ‘guest Miis’ to expedite the process and start playing a game. To others, however, it felt like taking ownership of your console. You could create a facsimile of yourself, your friends and relatives, your favorite celebrities… the only limitations were your imagination and, obviously, the accuracy of the facial features that were on offer.

Most of my Miis have been transferred from console to console, from the Wii to the 3DS, then to the Wii U and finally the Switch. Actually getting them onto the Switch was a cumbersome task, forcing me to store them on an amiibo as if it was a trojan horse smuggling in unwanted visitors. Where the Mii Channel was once secondary on the screen only to the games themselves, it is now tucked away as an afterthought.

Clearly, Nintendo wants to move away from the Miis, a leftover piece of a console that came and went almost a decade ago. As the Switch approaches its third anniversary, only five games have featured Miis at all. Three of them were ports, while Super Smash Bros. Ultimate required their return in order to make good on its promise that ‘everyone is here’. The last title, Super Mario Maker 2, has them as avatars and nothing else.

Yes, the Miis are gradually being shifted towards retirement, and it wouldn’t surprise me if the Switch’s successor eliminated them entirely. But I feel as if this would be a great loss, because sometimes they can mean more than just the silly caricatures they’re made out to be.

Recently, I started playing Wii Fit again. With growing commitments and general malaise defining my thirties, I’d been neglecting the importance of my physical wellbeing. Obviously, spending an hour on Wii Fit is not the same as going to the gym, playing sports or even jogging, but it’s accessible and comfortable at the end of a long day, and ultimately, better than nothing.

I’d been doing a lot of nothing. I wanted to try something.

I got on that balance board, registered just a hair under the ‘overweight’ category for BMI, and started up some yoga. I forgot what it felt like to stretch, as if my body hadn’t shifted in months.

After a few poses and workouts — were pushups always this hard, or had I just gotten that sloppy? — I ventured over to the step challenge. There on the digital stage appeared a cast of Miis that I hadn’t seen in years. And it dawned on me, that the reason for this was because many of them represented actual people who I hadn’t seen in years, either.

Some I had lost contact with, others had moved away… some of them were no longer with us, and this was the first time I had been able to spend time with them, even artificially, since.

I once blogged about my affinity for Miis back in 2011, shortly before the release of the Wii U. I described how much I enjoyed the way they populated my Wii games, saying, “the most immediate use of the Miis is, obviously, as a player avatar; you play a game as yourself. This is most apparent in the ‘Wii’ series of games (Wii Sports, Wii Play, Wii Fit, etc.), since the series was meant as a way of introducing gamers to the functions of the Wii remote.

“What the Wii series does, however, is quite forgettable in most eyes, but novel in mine. It will randomly assign other Miis to non-playable roles. In Wii Fit’s soccer game, the other Miis will kick soccer balls towards you. In Wii Music, your Miis will dot the audience, watching and applauding your performance.”

I know, I’m a weird dude. I feel a sense of duty in trying to complete a game, and I have used the medium as an escape from the horrors of reality. But sometimes, it’s hard to disassociate the Mii persona from the human person.

The Wii was a Christmas present from my then-girlfriend, later wife, now ex-wife. The console has a lot of memories associated with her, some pleasant, some painful. Nowadays, we’re on amicable yet distant terms, but in Mii form, she’s right there. It sounds a little perverse, but it’s comforting, somehow.

That’s why 3DS titles like Tomodachi Life and Miitopia were so addictive to me. If it was just a blank character with responses determined by their personality type, there’s nothing to be invested in. But because I based each of these characters on real-life acquaintances, I can be amused by parallels. As Bruno once put it, “that is such a Samantha thing to say!”

I take solace in Miis in the same way others would with a childhood toy. They’re familiar, they’re safe. Life keeps changing around me, no matter how much I try to keep things the same, but the Miis? They’re not going anywhere.

Except, of course, in the literal sense, because as we have established, their presence on the Switch is near non-existent. 1-2 Switch had silhouettes and actors in their place, while Ring Fit Adventure introduced a nameless protagonist with a fiery mane. These kinds of games were once prime Mii real estate.

Even if you didn’t put that much stock in Miis, it was nice to have a visual cue as to who you had just defeated in games like WarioWare: Smooth Moves or Bomberman Blast, wasn’t it? Did you not enjoy meeting and greeting people from around the world in the various StreetPass games on the 3DS?

Now, they sit on the periphery. More of a necessary evil than an actual feature, as Nintendo moves towards bigger and better things. With each year that passes, I feel as if I’m left behind by gaming trends, and this time, I mean that literally, watching as my Mii is reduced to a bit player tucked away in the Switch menu.

Like a dirty secret. Like a forgotten relic. Eerily similar to how I feel in the real world, sometimes.