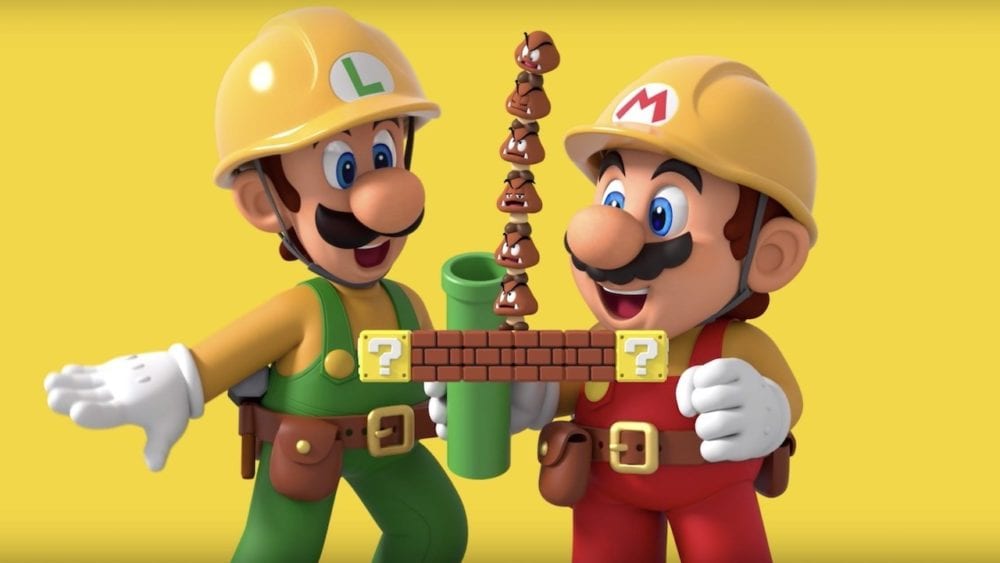 It’s been a good year for creative video-games, with Media Molecule giving us the Dreams beta on PS4 and Microsoft churning out another huge Minecraft update. The sequel to one of the GOAT level-editors, Super Mario Maker 2, has returned to blow everyone away with new ways to make and play genius and hilarious creations. That’s not all though, as Super Mario Maker 2 comes with a charming 100 level story mode, downloads, new styles, tutorials, and more.

Super Mario Maker 2’s story mode begins with Undo-dog – a character associated with the undo button in build mode – accidentally deleting Peach’s castle, meaning Mario must rebuild the castle by completing jobs offered by the task-master toad while consulting Chief Toadette who has her Toads rebuild the castle in exchange for coins earned from jobs.

You probably know what to expect from a Mario title in terms of narrative, and Super Mario Maker 2 doesn’t try to break the formula, keeping it very simple but enjoyable nonetheless. Talking to characters like the Chief and sillier ones like undo-dog is a much-welcomed bit of humor and keeps the story mode a relaxing and pleasant experience overall.

The taskmaster has more jobs become available after areas of the castle are completed, and players can tackle these jobs or levels in any order they wish as they become available, as long as they reach the next coin requirement in order to expand the castle.

If you like traditional 2D Mario platformers then you’ll probably have a lot of fun with these bite-sized levels which increase in difficulty as you progress, but they still offer plenty of easier levels to fall back on if you prefer a smoother experience – or if you like a challenge you can stick to more difficult levels.

Nintendo’s levels still manage to effortlessly strike up the perfect amount of formality and structure with a sprinkle of surprise, nostalgia, and challenge. There are even some levels in story-mode which surprisingly, you can’t seem to recreate yourself. Features such as Toad escort and missions which require you to hold a weighted stone which limits movement aren’t accessible in the level creator.

This limitation gives story mode an extra something which won’t be found elsewhere but may disappoint fans who have ideas for the mechanic in their own creations and wish to carry such features over.

In SMM2, you can now play as Luigi, Toad, and Toadette. This is of course linked with the multiplayer element and the need for four playable characters, one of the biggest new features.

The coursebot is where you can access all of your own courses, of which you can upload 32 at a time, as well as those you’ve downloaded which currently appears to be 60 courses.

The added ability to play levels you downloaded earlier on the go may be one of Super Mario Maker 2’s best new features, meaning you can experience these on your commute or break rather than spending the day daydreaming about getting home for your Mario fix.

You’ll be pleased to hear Nintendo did a solid job of fitting Super Mario 3D World’s style into a 2D space, and it’s interesting to see how assets are styled from a limited viewpoint for those who played the 3D series games. Notably though, other recognizable items from 3D World are missing, such as the rolling hills/spinning wheels in a few 3D World levels.

There are other objects missing from all Mario games as a whole, but the 3D world items missing are more weighted due to Nintendo’s focus on 3D World as a selling point and the position of the style as a separate entity from the rest of the game. The 3D world game style oddly leaves out items present in other styles such as Bowser Jr. but adds in other items that make the style completely it’s own.

The inclusion of a 3D Mario platformer in a 2D space calls for speculation if a Super Mario Maker 3D is on the cards, which would be an ambitious yet interesting formula – seeing as a future Super Mario Maker 3 may only benefit from new styles, assets, and quality of life features.

Unlocking items to be used in your own creations was never a fun idea in this kind of level-editor, as it held back players who just wanted to jump right in and start placing things, especially when Mario is usually so laid back and accessible.

Super Mario Maker 2 alleviates this pain, and you can do just that. Jumping into a level with nearly every block and item unlocked is definitely how games of this kind should be, encouraging players to start experimenting with a huge toolkit right away or refer to the tutorials, story, or online inspiration if they wish.

As expected moving forward from the Wii U, level creation feels better in handheld mode. There is an unavoidable disconnect between the screen and the controller that doesn’t occur with regular drag-and-drop touchscreen inputs. This learning curve is still small, and SMM2 still works for docked play but it’s just a less enjoyable.

When it comes to the transition from a stylus to finger inputs, it is surprising just how well players can manage without one. Reaching for a capacitive stylus is still preferable especially if you plan on creating often.

Button shortcuts, including those such as erase, copy, and multi-grab are now toggles, which makes the experience feel a bit less smooth for builders used to the press and hold functions of the original. This is a small gripe but worth mentioning as it seems to be an unmotivated change that slightly slows down building.

A controller remap option could make building in docked mode more comfortable, as currently the D-Pad is used to bring up the menus where items are selected and themes are changed.

Screen size is by far the biggest downfall of co-op creation and co-op modes in general. Plus, since most players will likely prefer creating in handheld mode, taking away convenience for the cramped help of a friend may not seem worth it. Otherwise, the option to build with friends is appealing but lacks comfort and space for longer builds if the confinement and controls bother you.

Course World is where you can access courses, leaderboards, network play and endless challenge. The courses section is where the really good stuff is, with courses made by players separated into hot, popular, and new.

If you see a course from someone online or have a friend who’s level you’d like to play, you must acquire the course ID, or their maker ID, which are each 9-digit codes. Needing a 9 digit maker ID feels dated, and disappointingly is like traveling back in time to playing the first Mario Maker in 2015.

In 2019 this could be a much easier and faster process and is definitely the smallest yet frustrating part of the course world. Despite the unnecessary use of codes, here at Twinfinite, we’ve had a lot of fun sharing our levels and discussing what we’d like to make next, which may or may not turn into us torturing each other with ghost levels.

General tags include things like auto-Mario, music, multiplayer versus, and puzzle-solving. These tags make navigation much easier and were one of our requested features from the second Mario Maker. In tags, players can also choose which region they would like to see (or not see) courses from.

As it stands one week in, some players have reported issues with online connectivity, I myself had these issues a few times while playing with varying disruption during versus and co-op online matches.

If not for these reported stability issues, multiplayer versus and co-op modes are enjoyable and much better than local play in my experience. Each four-player group is assigned a course based on the difficulty you chose and other than that you don’t have any agency in choosing what you’d like to play.

This is understandable, as other than via a limited voting system (say, where players voted on four courses in a way similar to Mario Kart 8 Deluxe) this would just slow down the matchmaking process.

The endless challenge is where the player can attempt to clear as many courses as possible before they run out of lives, shuffling through courses made by others. There are four difficulty settings here as well and with each difficulty comes more lives, 5 for Easy and Normal, 15 for Expert, and 30 for Super Expert.

This idea is great in practice and is a simple way to shuffle through some courses – although I do have concerns as to how well the difficulty labels will prove to work universally but especially for this difficulty-based mode. Coming from finishing the story mode, a handful of levels seemed to be labeled difficult yet I found easy, and others the opposite.

Of course, the difficulty of a level is subjective and this was only a few selections of courses. We can’t expect SMM2 to always get it right when measuring difficulty, though it is something to keep in mind.

There are some small changes that seem to be without reason, such as removing the Amiibo costume changes. Previously, Amiibo could be used in-game to unlock costumes of that character for placement within levels.

It’s no surprise that Super Mario Maker 2 looks and performs well, with the small collection of different game designs to choose from all staying true to their respective styles as in the previous game, the same is true for the 2D adaptation of Super Mario 3D World which looks gorgeous even in handheld mode but shines on a TV.

If you’d have asked players what they wanted in a Super Mario Maker sequel, they’d generally respond with more ways to build and ways to play together. Super Mario Maker 2 answers both of these calls really well. When online multiplayer with friends lands, a feature which should have been in the game at launch, the only real issues will be the clunky controls when editing in docked mode.

Super Mario Maker 2 is not without its small gripes, but if you put away the magnifying glass and look at the game on a whole, this game is a perfectly executed idea from Nintendo. This is the Mario Maker game creative fans have been dreaming of.