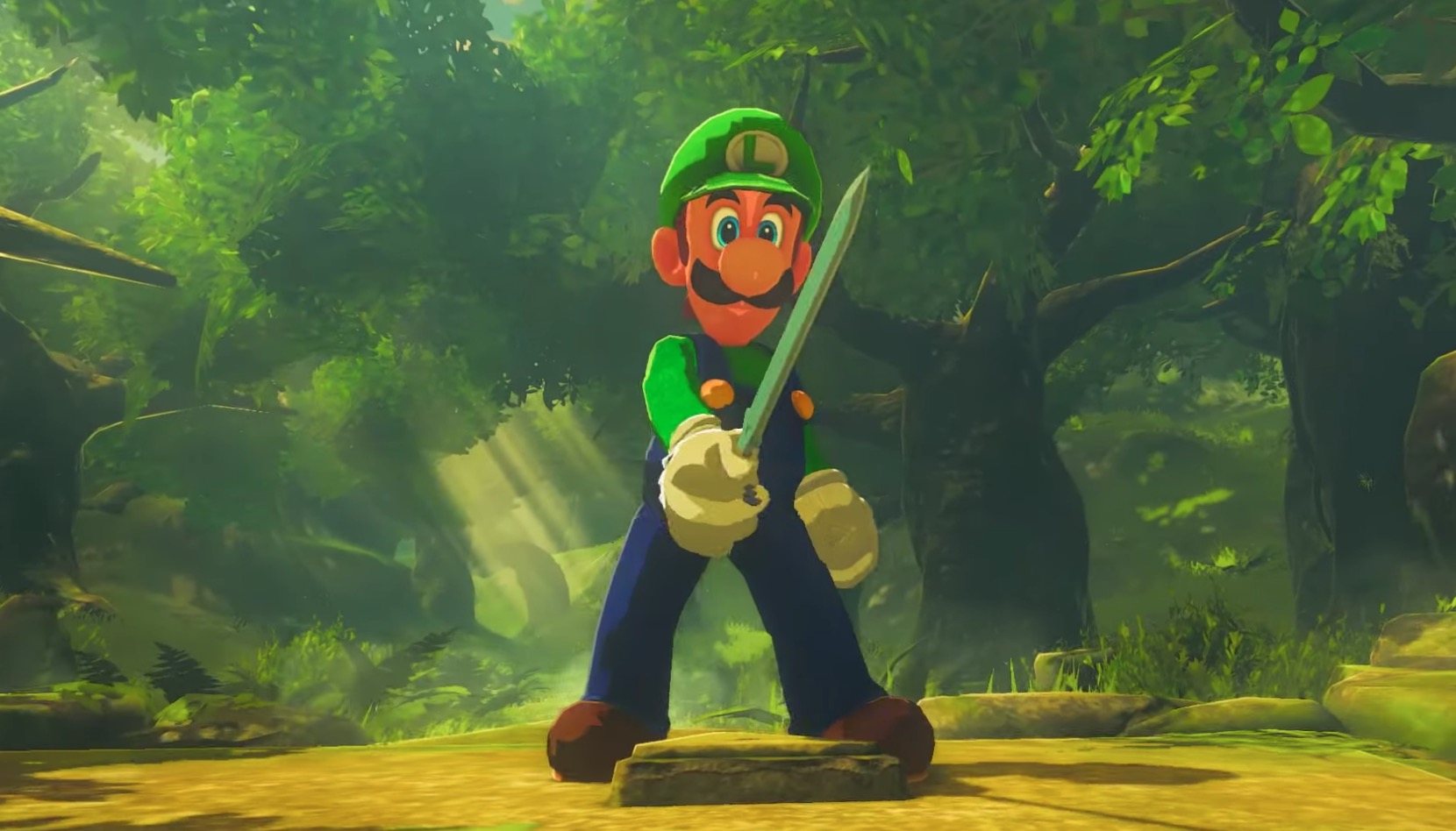 Besides the Luigi’s Mansion spin-off series, Mario’s older and more timid brother Luigi typically stays away from the limelight. He’s known for being scared, shy, and afraid of most monsters, but with this Zelda: Breath of the Wild mod, Link is replaced by Luigi, making him the true hero that he is inside all of our hearts.

BeardBear, a YouTuber known for his lets plays of popular Nintendo games, has uploaded a gameplay video of The Legend of Zelda: Breath of the Wild running on a PC emulator that showcases the awesome mod in action.

The mod was created by banan039 and can be downloaded at Gamebanana as a skin for the Flamebreaker armor set. The Luigi “skin” was ripped straight out of his model from Super Mario Odyssey and the mod creator plans on making another similar mod that rips Mario’s model from Odyssey cutscenes, described as a high-poly Mario.

You can watch Luigi pull out The Master Sword in the video down below:

After watching this, there’s no doubt that we now need a Luigi and Zelda crossover game. That will probably never happen but just let a man dream!

It’s also worth noting that Breath of the Wild is being run on a Wii U emulator on a PC in the video above, which is currently the only way to install mods into the game.

If you’re interested, you can check out more Zelda mods right here.