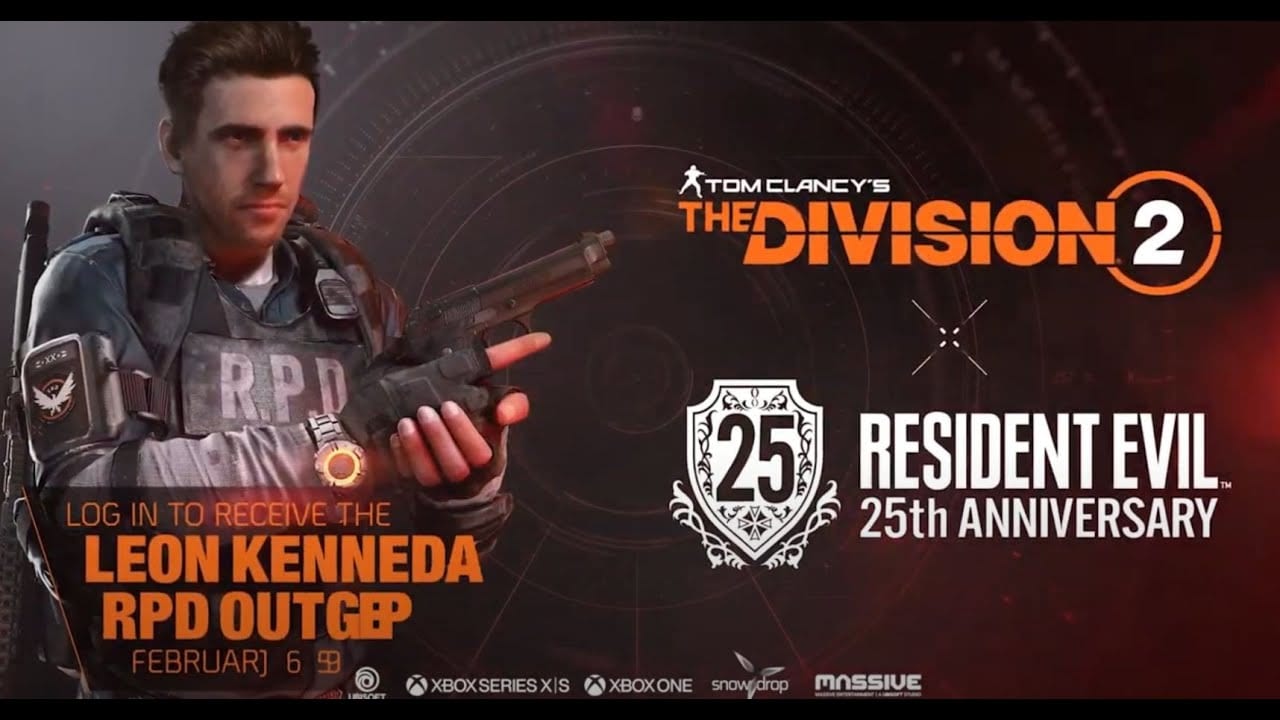 Capcom and Ubisoft are teaming up in celebration of the Resident Evil franchise’s 25th anniversary, bringing some limited-time goodies to The Division 2 players.

During the Resident Evil Showcase held on Jan. 21, it was revealed that The Division 2 would see outfits and items from the original Resident Evil trilogy made available for use by players. The first of these items to be revealed is Leon Kennedy’s RPD outfit, which can be obtained by logging on at any time during the event.

A teaser trailer for the event was released alongside the announcement. In it, several players can be seen exiting a helicopter adorned in STARS-esque outfits. They then encounter an enemy which resembles an Umbrella operative, before the teaser cuts out.

It’s brief, nut a fun glimpse at what’s in store that fans of both RE and The Division 2 will enjoy. It will be added down below as soon as it becomes available.

The reveal was only one bit of news made available through the Resident Evil Showcase. A slew of information was revealed regarding Resident Evil Village – ranging from details about its gameplay to a firm release date – and the new RE-themed battle royale Re:Verse was officially unveiled.

More on all the latest news related to Resident Evil can be found here.

The division 2 is currently available on PlayStation 4, Xbox One and PC. For more on the game, check out this trailer from last year detailing the Iron Horse operator.