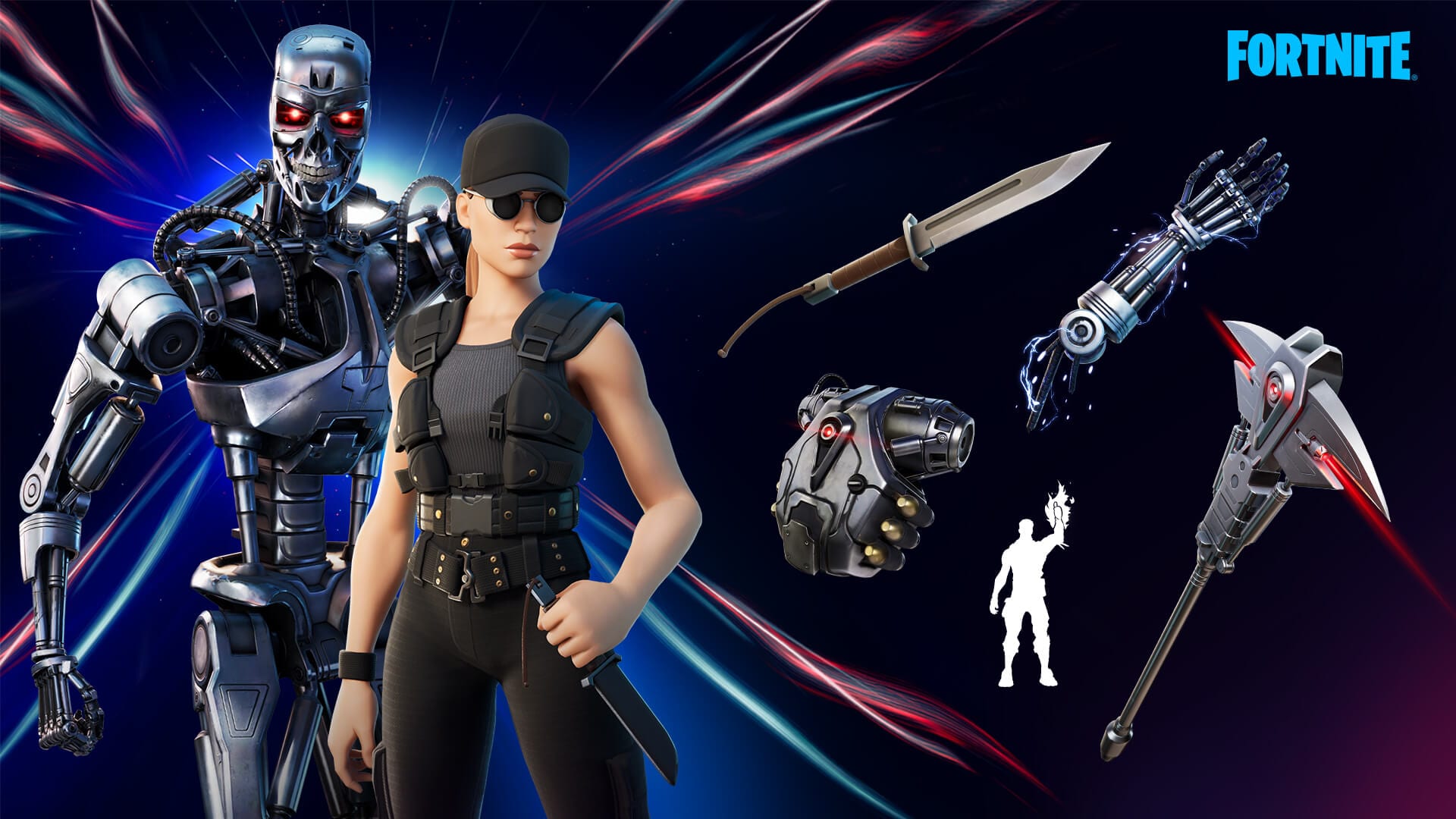 Fortnite has added Terminator-themed skins and other cosmetic items to its in-game item shop on Thursday night.

Players can purchase a Sarah Connor skin that comes with a T-800 Endoskeleton Arm Back Bling and Combat Knife Harvesting Tool for 1,800 V-Bucks, or the T-800 Terminator skin itself with the HK Sky Net Uplink Back Bling for 1,500 V-Bucks.

It is not the first franchise crossover featured in Fortnite that contains actor Arnold Schwarzenegger, as the battle royale game added the Predator as an in-game boss and skin today.

Fortnite: Battle Royale is currently in its Chapter 2 Season 5, which has seen the appearance of many characters from other properties and franchises including Halo’s Master Chief, The Walking Dead’s Daryl Dixon, Michonne, God of War’s Kratos, various Marvel superheroes and villians, and Star Wars’ The Mandalorian bounty hunter which can be acquired from buying the battle pass.