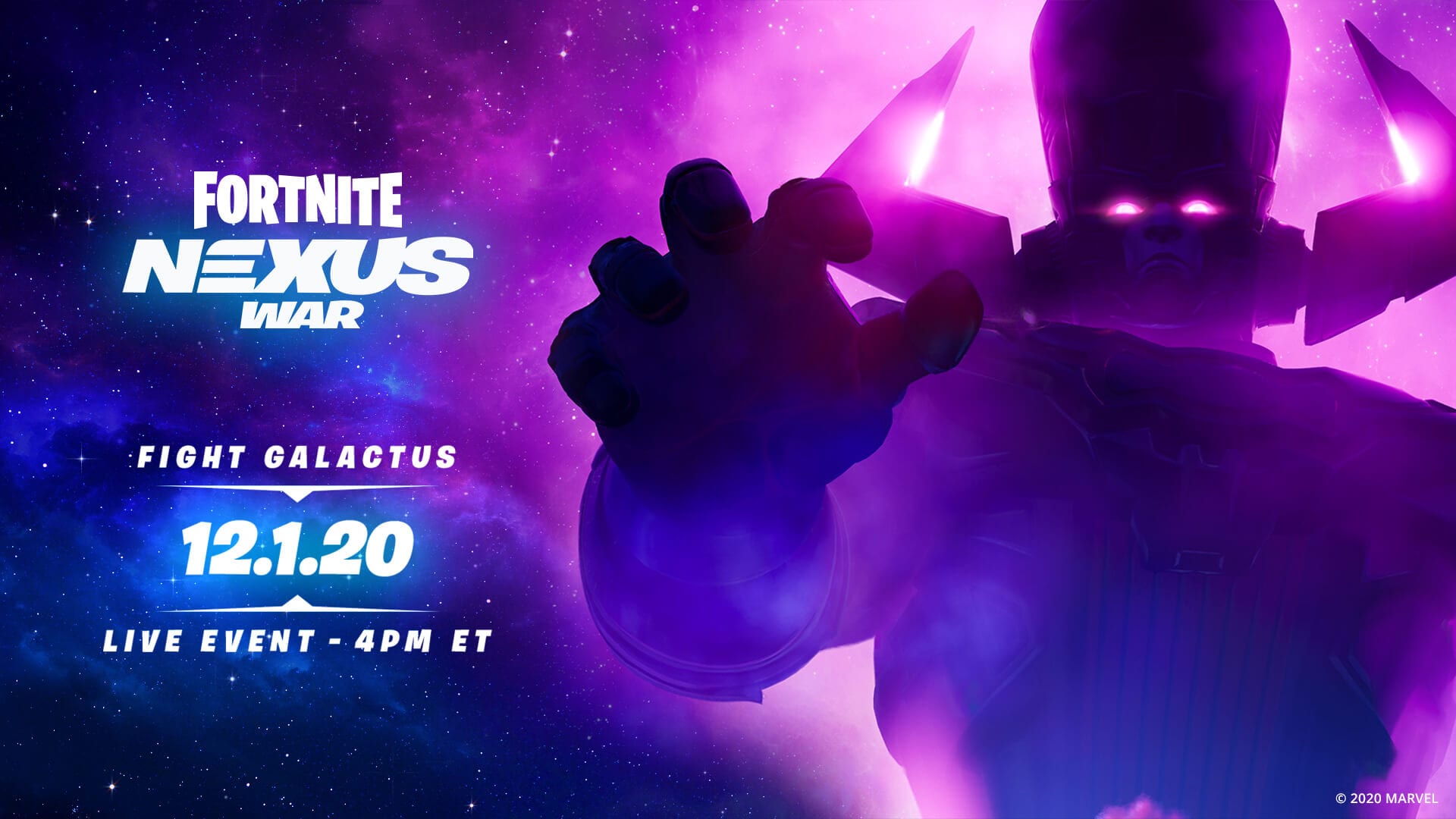 Fortnite is about to see the arrival of one of the biggest characters in the Marvel universe. On Saturday, Epic Games announced on its official site, its next big community event.

Galactus’s arrival on Dec. 1 apparently signifies the end of the Nexus War. Just what happens with the Marvel crossover once the Nexus War is over isn’t yet known.

It seems unlikely the Marvel heroes and villains are going away completely, considering Venom was just added to Fortnite earlier this week.

Epic is warning users to make sure they’re ready for the Dec. 1 Nexus War finale, including the download of the 14.60 update. The company said people should make sure to download and new content so that it’s ready to go for the big event.

Epic also went out of its way to tell Fortnite users to download the new video chat client, House Party. For now, this particular app is only available for the PS4, PS5, and PC versions of the game. It will allow users to engage in live video chat during the Galactus event.

As is usually the case with these massive Fortnite get-togethers, the developer is asking people to make sure to arrive on the scene early. Those who want to see the end of the Nexus War live and in-person should log into the game at least an hour ahead of time. The action kicks off at 4 p.m. eastern.

The Fortnite event’s playlist will go live a half hour before it officially begins.