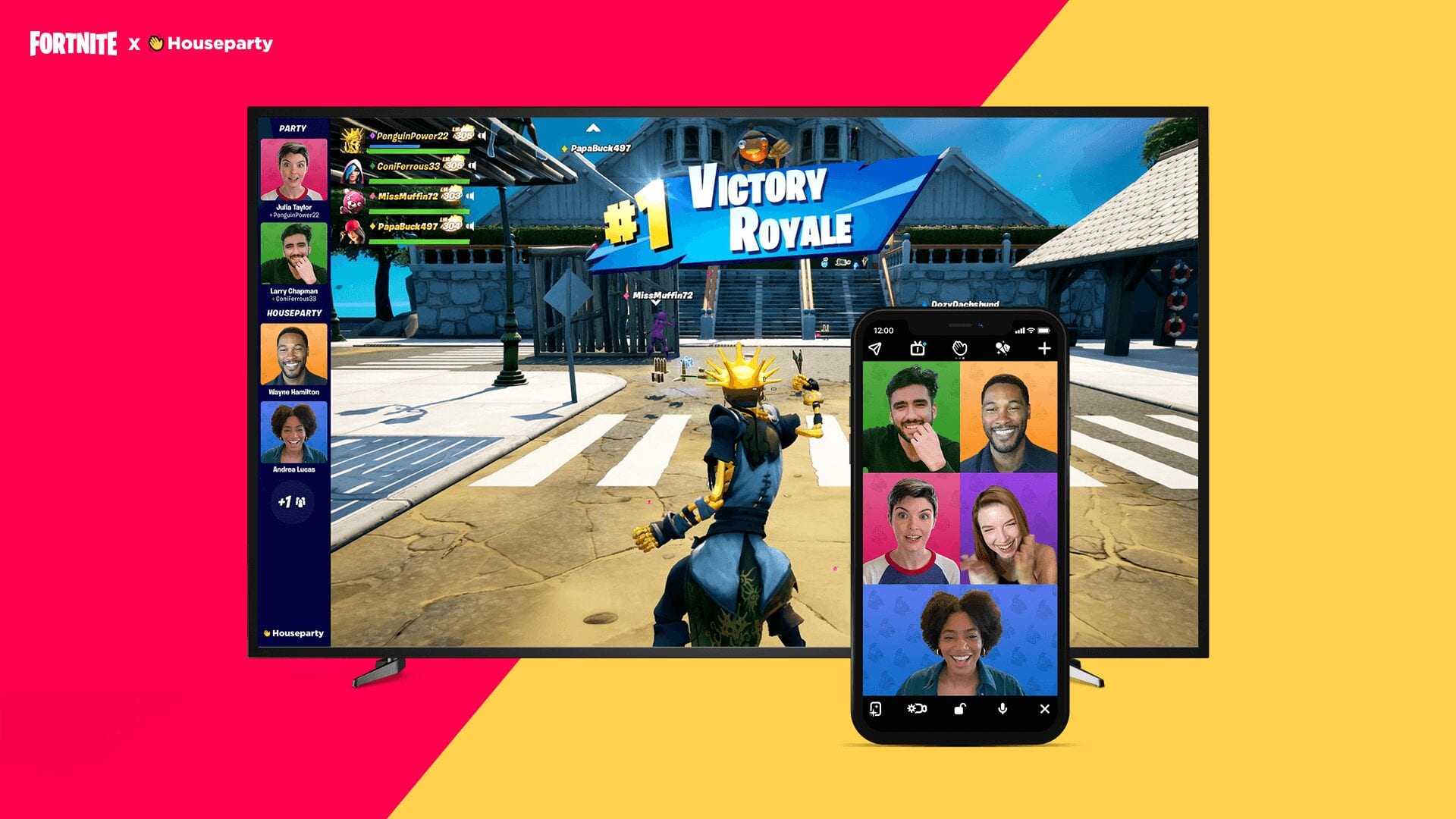 Fortnite: Battle Royale players can now video chat with each other while playing the game on the same screen, developer Epic Games announced today.

The new feature requires users to download Houseparty, an iOS and Android app that offers group video chats and was acquired by Epic Games last year, and link that account with an Epic Games account.

Players can then take their group video chat from their mobile device to a television or computer monitor sitting next to Fortnite gameplay on the same screen.

The app automatically crops to focus on players faces, and users will be given a Fortnite-themed virtual background so only the face is shown.

The feature launches today for PC, PlayStation 5, and PlayStation 4, though Epic Games said it will announce if the company is “able to support more platforms in the future.”

Players who link their Houseparty and Epic Games account will receive a free Rainbow Fog Wrap. Since the feature is not available for Xbox and Nintendo Switch users, anyone will be able to unlock the wrap by playing five matches of Fortnite with friends between Friday, Nov. 20 to Thursday, Nov. 26 and will be delivered to participating players on Dec. 4.