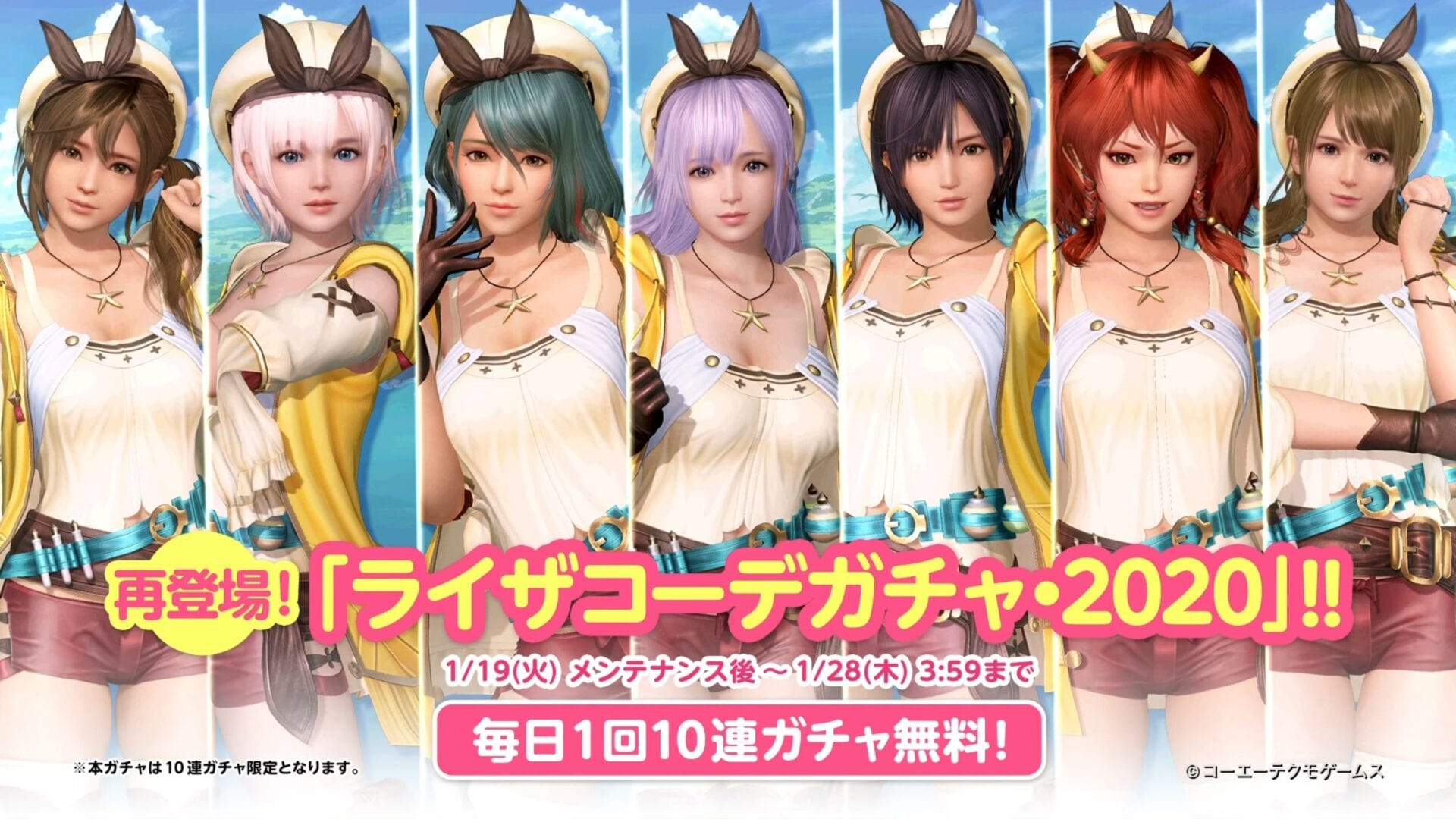 This time the crossover is with Gust’s Atelier Ryza 2: Lost Legends & the Secret Fairy but there is good and bad news.

The bad news is that, for some reason, the developers did not opt to offer a costume inspired by the new game, but instead they simply recycled the costume from the past Atelier Ryza crossover event. They simply put it on different girls.

The good news is that the associated gacha has a 3.3% SSR chance, and it offers another chance to unlock Tsukushi.

Keep in mind that this crossover isn’t available yet on the Steam version in English, which is behind in content by approximately a year. It’ll take a long while for this event to appear.

On the other hand, players of the English version are currently enjoying the old Senran Kagura crossover.