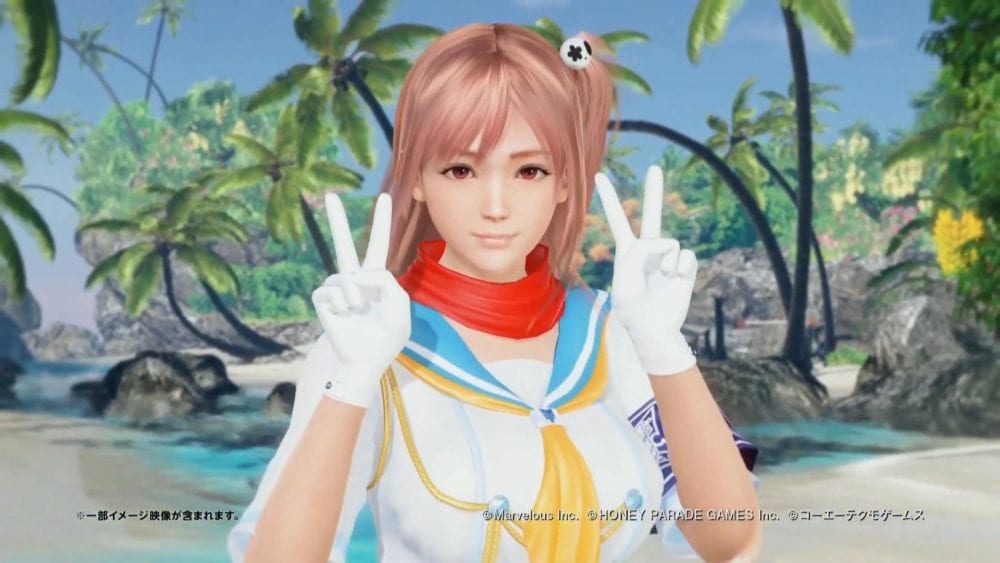 Earlier today we saw the reveal of the Shinobi Master Senran Kagura: New Link side, but the Dead or Alive Xtreme: Venus Vacation side (revealed during a dedicated livestream) is a lot more extensive than what we initially expected.

It features costumes for all the girls excluding the most recent newcomer Kanna (since it’s still too early to get her for free, apparently) reproducing the outfits from Senran Kagura.

We also learn that all the outfits are destructible, for a bit of additional spice. Most importantly, the SSR draw rate will be multiplied by three, so this is a very good chance to unlock any girl you might still be missing.

The event will begin on July 18 and it’ll be available until July 31.

On top of that, during the livestream, the usual string of freebies has been drawn, and it’ll be distributed with the next maintenance. This includes a July 2019 SSR ticket that will provide you with an automatic SSR costume from the selection you can see at the bottom of the post.

Dead or Alive Xtreme: Venus Vacation, is a free-to-play version of Dead or Alive Xtreme, available for PC and recently released on Steam with English support. Do keep in mind that this event is only coming to the Japanese version, as the Steam version is behind in content by about a year.