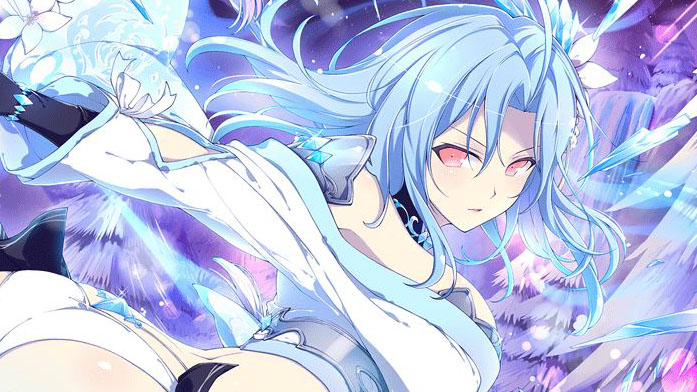 Looks like the mobile game Shinobi Master Senran Kagura: New Link is doing quite well for Marvelous, and today it was revealed that it passed two million downloads.

The announcement was made with a celebratory campaign within the game itself, which brings several goodies to the fans of the waifu-driven mobile title.

We start with a lovely Bakunyuu Festival featuring a lovely (and apparently super-powerful) Ice Queen Yumi. On top of that, players will be able to get 200 nintama (the game’s currency) split between a one-time 50 nintama gift, missions, and login bonuses. You can also get one additional nintama per day by tweeting from the game until June 18.

A “welcome back” campaign will deliver lots of additional goodies (including more nintama) depending on how many inactive players will return to the game by June 18.

Last, but not least, the final chapters of the first arc of the story have been added, bringing an explosive conclusion and a powerful enemy who you can see below.

If you’re interested in the franchise, in general, you should definitely take a look at all the info about Producer Kenichiro Takaki leaving Marvelous (but he is still working on Senran Kagura, so don’t worry) and joining Cygames.

Senran Kagura Peach Ball and Senran Kagura Reflexions are also coming to PC via Steam respectively this summer and on June 24. Peach Ball will release on Nintendo Switch on July 9.