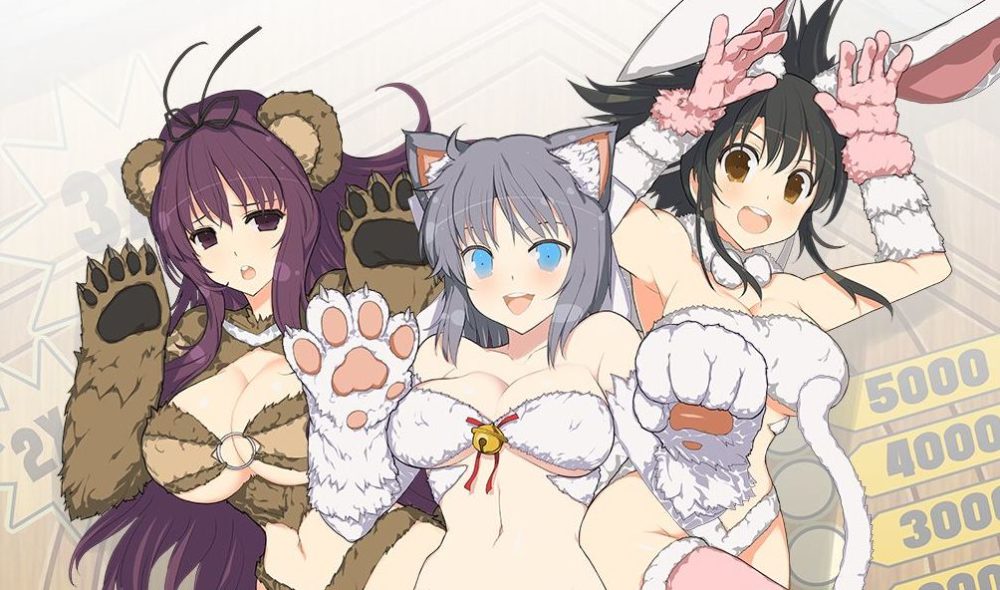 If you’re a fan of the Senran Kagura series but you don’t have a Nintendo Switch, Xseed had a press release today with good news.

The previously Switch-exclusive games Senran Kagura Peach Ball and Senran Kagura Reflexions are coming to PC via Steam respectively this summer and on June 24.

If you’re unfamiliar with Reflections, here’s some info for you, including pricing and performance details straight from the press release.

“The game that redefined how fans can interact with their favorite SENRAN KAGURA girl is coming to Windows PC! Get hands on with Asuka and help massage away her stress by employing the art of reflexology, deepening the relationship formed with her while progressing through a narrative experience with multiple endings.

Controls have been adapted to allow PC players to melt away Asuka’s worries and stresses by “hand” or through a variety of useful tools, with updated HD visuals running at 60 FPS. The game will launch on Windows PC on June 24 via Steam for $9.99, €9.99, and £8.99.

And here’s more on Senran Kagura Peach Ball, which also got a release date for Nintendo Switch on July 9.

“The latest entry in the genre-spanning SENRAN KAGURA franchise will bring frantic pinball and playful fun to Nintendo Switch owners this summer. One of Haruka’s experiments has turned some of her fellow shinobi into animals, at least mentally, and the only way to reverse the effect is the mystical Peach Ball—which happens to fit perfectly into a pinball machine! Plunge into this new adventure and flip, bump, spin, or ricochet the Peach Ball to return the shinobi to their normal selves.

This will be one of the hottest pinball games yet, with customizable tables, special minigames, a story mode, and fan-favorite additional modes including Diorama Mode and the Dressing Room. SENRAN KAGURA Peach Ball will launch for Nintendo Switch™ in North America on July 9 with the Accessories Galore set included as part of the base game, adding 30 bonus accessories for free!

The title will be available digitally on the Nintendo eShop for $39.99, while a limited physical release with an exclusive new box illustration will contain previously unannounced bonus stickers featuring the girls in their animal form. The physical release also has a suggested retail price of $39.99, and is available for pre-order at the XSEED Games online store and select retailers.

XSEED Games has also confirmed a PC version is in the works for release later this summer. More details on the PC version will be announced at a later date.”

As an additional detail, we also learn that the Otome visual novel London Detective Mysteria will come west for PC in the summer.