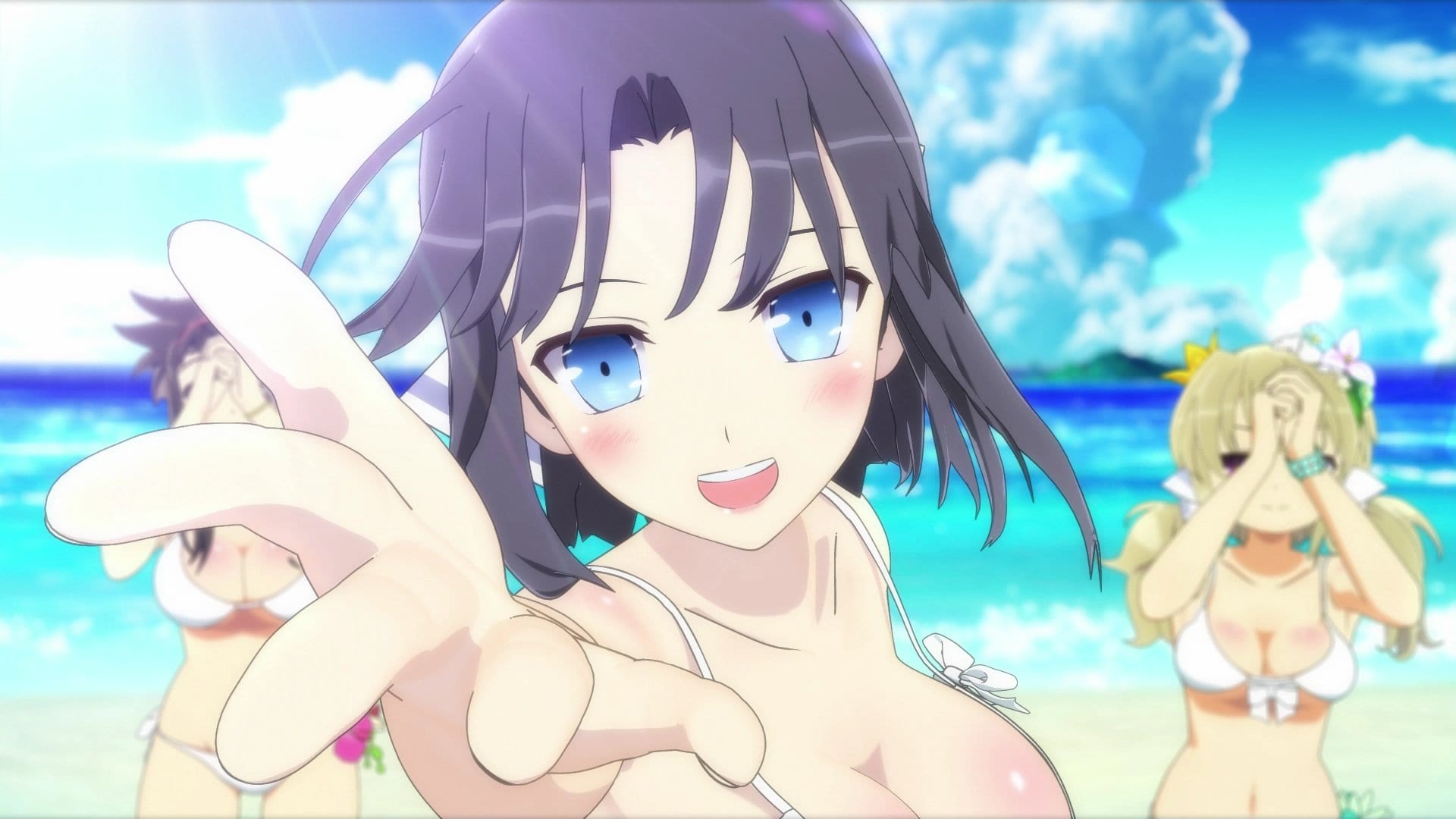 Today, popular Senran Kagura Producer Kenichiro Takaki announced that he is leaving Marvelous Entertainment. He talked about his decision and his future in a long interview on Weekly Famitsu.

Takaki-san explained that the main reason behind him leaving Marvelous can be found the new regulations related to sexy imagery that have become a big topic since last year. Things have changed in the past and after been hearing  “this is not ok. This is not good either, maybe this isn’t ok”  for a while, at some point last year he felt like the rope was pulled so much that it snapped.

Asked whether those regulations have made an impact on development, Takaki-san answered that despite the with limited staff, time, and money, he always did his best to create games that were as good as possible. Yet, having creativity limited is what hurts the most.

While some criticize sexy content, many enjoy it and have supported the Senran Kagura series. Takaki-san believes that this kind of diversity increases the appeal of the gaming industry as a whole and the fact that it was so easy to tear apart became a chance for him to think.

He actually welcomes regulations and restrictions that protect specific genres and demographics, however, the current trends have been crushing. While he can try to come up with ideas, what can be done in the current situation is really something that can be called “Senran Kagura” and is it really what the fans want? Especially the situation with the next mainline game raises a lot of questions.

Takaki-san continued by mentioning that while the sexy imagery in Senran Kagura is more or less 10-20% of the whole, looking at it from the point of view of the worldwide standards, it’s seen as sexual, and it’s painful to be judged like that.

He is now 42 years old, and he is asking himself “what will I do in ten years?” There may not be much time left for him to operate at the front lines of game development, and with the fact that he got married and had a daughter, he started to think “what do I want to do?”

Of course, he wants to create games with beautiful girls, but he also wants to do things he has been passionate about since his childhood, like high fantasy, and so far he has not been blessed with this opportunity.

Asked whether he wants to create a game for a wider audience, Takaki-san said that it is indeed the case. After leaving Marvelous, he feels like he has the chance to work in a different way.

The relationship with Marvelous is still very good, the staff surrounding him is made of good people, and he really appreciates the position and salary, but after all he would like to pursue his childhood’s dream, despite the fact that distancing himself from his work so far is something so painful that he cannot explain it with words.

In order to pursue that dream, he will work at Cygames, where he will create games for home consoles.

That being said, Takaki-san isn’t completely cutting ties with the Senran Kagura series. He mentions that he will still work on it for a while and he will surely finish the new titles that are in the work for the franchise.

While he may inconvenience the people around him, he wants to be involved. He has been working for quite a while on multiple games in parallel two or three years in advance without any breaks, and he hopes that both companies understand his selfish desire.

The service for the mobile title Shinobi Master Senran Kagura: New Link will, of course, continue, as development and operations are well established, and the game will continue to thrive. Staff that loves the Senran Kagura series is working on the game, so Takaki-san expects that they will bring new tastes and attractions.

Regarding Senran Kagura 7Even, it was supposed to be a big straightforward evolution of the series, but the path for that is partially obstructed, so it might take some time. Maybe in a while, the worldwide trends will change again. He has some hopes, so he will take his time. In the meanwhile, he will work on those parts that aren’t a problem.

For instance, he’s working on the characters and the story, or those elements from past games that are the staples of the series and should evolve without being revolutionized. Either he or someone else will one day finish the game and deliver it to the fans in the best shape possible.

That being said, Takaki-san promises that such a thing as a Senran Kagura game without sexy content doesn’t exist. It wouldn’t be Senran Kagura at all. As a matter of fact, with all the limitations he feels like he wants to research more than ever what can be done with sexy gags. He wonders why people are trying so hard to clamp on a little sexy fun that one can laugh at, and he can’t understand this trend that is spiraling towards a humorless, boring, and stuffy world.

While the world has changed, and Takaki-san was impacted by the ramping up of the restrictions, he is not going to stop making games. He is trying everything he can to come up with ideas, and he feels that the new game he’s working on is reaching the point in which he can say “hey, isn’t this good.”

Takaki-san also mentions that now he isn’t the only producer of the Senran Kagura series, and he is working alongside those who have been involved in previous games as assistant producers. While he will leave the small details for Marvelous to take care of, he will continue to be the “Big Boobs Producer.” [Editor’s Note: this is actually Takaki-san’s official work title, printed on his business card. I can personally testify to this].

He is actually surprised that this title has become widely recognized and is even known overseas. At first, the company wasn’t too sure about that, and it wasn’t very well known, but he wanted it to be something interesting and catchy.

Of course, it used to be a bit embarrassing, as you can imagine how it can be if that’s seen by your mom or by your friends, but it’s really funny, so Takagi-san is actually very proud of it. Now complete strangers can say “Oh! A dude with boobs!”

After reminiscing about the years at Marvelous, which he joined in 2006 when the Nintendo DS was released and the PS2 was still a thing, Takaki-san talked more about the projects he is aiming to work on as part of his new job at Cygames.

He is yearning for the game he has been envisioning since when he was a child, and he wants to create it with his own hands. While he has worked on his games with every ounce of his energy so far, there are also many things he has given up due to various circumstances. Some of these things are small, some are large. This time around he wants to work on a game without needing to give up anything.

Since Takaki-san will work as both director and producer,  he wants to be able to put his full power into this project. He would like to make the best use of the experience, knowledge, and ability that he has accumulated so far and develop something more challenging. He is very motivated. Of course, he’ll also do his best while working on the games he is already involved with. He wants to be “selfish and greedy” [about not giving up anything].

Takaki-san explains that he has always been a fan of famous mangaka Go Nagai. Comparing his work with Nagai-sensei’s, today he’s making things like Harenchi Gakuen. In the future, he would like to create something like Devilman, or things like the Mazinger Z anime that was enjoyable even for children. He’d like to work on games that can be enjoyed by a wide range of people.

He concludes the interview by mentioning that there are so many things that he wants to create, and he wants to turn them into reality one by one. He wants to make games that will make people say “He created something this great even if he’s the big boobs producer. How cheeky!” Takaki-san apologizes for making fans to the Senran Kagura series worry, yet he doesn’t want to give up anything, and he would like to keep going on the offensive without being afraid of change.