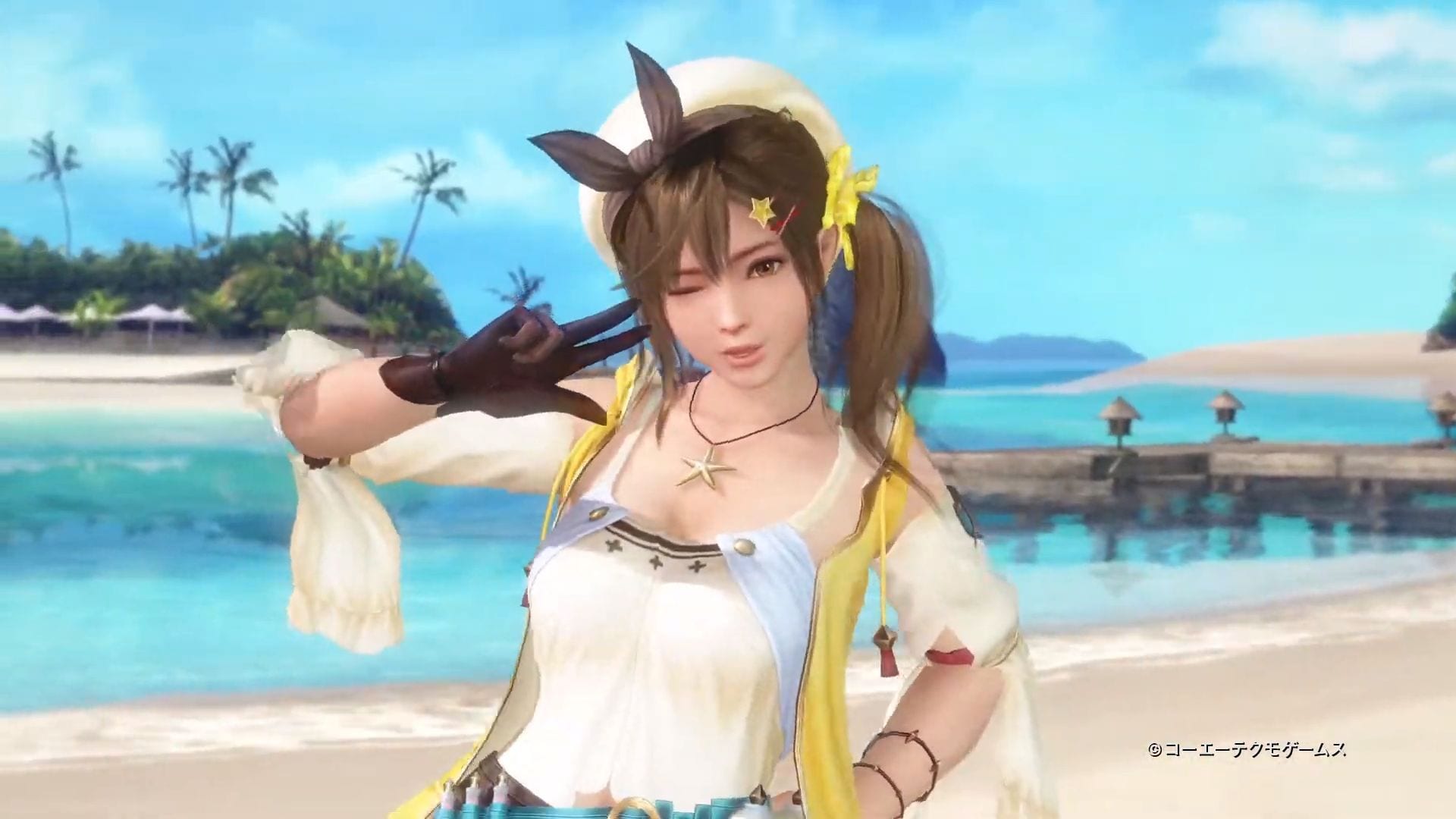 Today Koei Tecmo and DMM added a new crossover to their free-to-play game Dead or Alive Xtreme: Venus Vacation, and it’s with Atelier Ryza: Ever Darkness & the Secret Hideout.

Considering the popularity of the latest Atelier title, this kind of crossover isn’t surprising, and we get a gacha with seven costumes for Misaki, Luna, Tamaki, Fiona, Nagisa, Kanna, and Monica.

While the SSR percentage is the usual rather low 1.1%, the free roll is free, and since we just had one of the usual livestreams, you should also find 5,000 V-Stones on your account for a second roll, on top of the usual January SSR Ticket and more goodies.

This isn’t the only crossover between Dead or Alive and Atelier on the horizon, as costumes from the JRPG series (including Ryza) will also appear in Dead or Alive 6 next month, while a yet unannounced girl from Venus Vacation will become playable in the fighting game in April.

Keep in mind that this is valid only for the Japanese version of the game via DMM. The Steam version in English is behind in content by approximately a year, so it won’t get this crossover for a while.