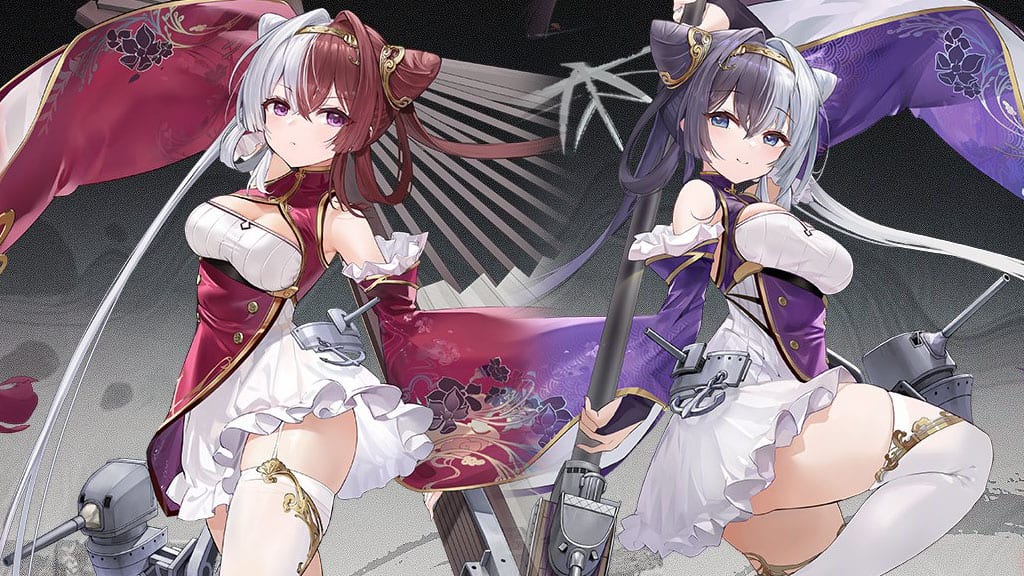 Since we’re coming close to the Chinese Lunar New Year, the two shipgirls hail appropriately from the Dragon Empery, which is the in-game equivalent of China.

They’re Elite light cruisers Chao Ho and Ying Swei. Both belong to the Chao Ho class and were launched in 1911, and both were sunk by Japanese aircraft in 1937.

Interestingly, a third “sister” exists, originally intended to be named Fei Hung, she was ultimately sold to Greece instead and was named Elli. I’m actually quite curious to see if Yostar will introduce her at some point.

On top of them, we also get to see two “Spring Festival” skins following the qipao set that we saw yesterday, for Cheshire and Birmingham.

You can see everything below.

Incidentally, the current Italy-focused (or Sardegna Empire, as the country is called in the game) “Empyreal Tragicomedy” event is still going on in the game.