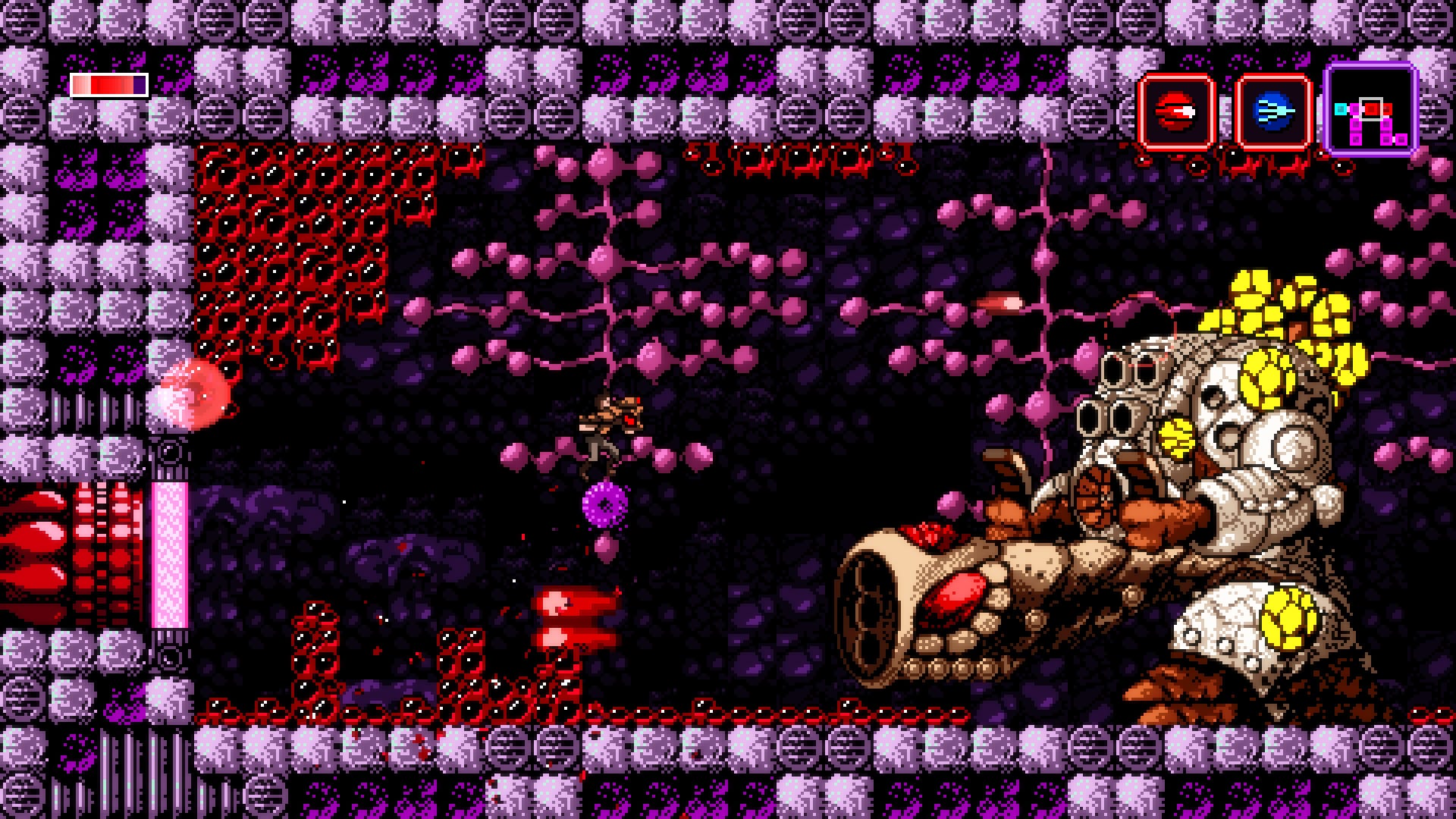 The free content update for the Metroidvania-styled game adds a “Randomizer Mode” used ideally for speedruns. The mode randomizes the ability upgrades the player receives, but will not give an item that will block the player from from progressing further.

“For example, the first item you get in the game really only needs to be able to shoot,” wrote developer Thomas Happ in the announcement blog post. “Without that, you wouldn’t be able to get through the barrier on the right. So the Randomizer knows not to give you, say, a health node.”

The Randomizer Mode will have three options: Beginner, Advanced, and Masochist. Beginner is for players who have at beaten the game and are familiar with the map, while Advanced is for speedrunners who can exploit glitches.

Masochist mode is similar to Advanced, but will assume the player is aiming for a low percent speedrun. According to the developer, “there are exactly four people in the world able to play this mode.”

Happ said his volunteer team of Pozzum, the original mod developer of the mode, and various speedrunners are planning other features for the new mode such as save states and using Twitch viewers to affect gameplay.

The Randomizer Mode is only available in beta for Steam and Epic Games Store on PC, but will be released for consoles for free when it is ready.

Happ also mentioned that he is currently “putting on the finishing touches” for Axiom Verge 2. The game was originally scheduled to release in fall 2020, but was delayed last October with a new launch window for the “first half” of 2021.