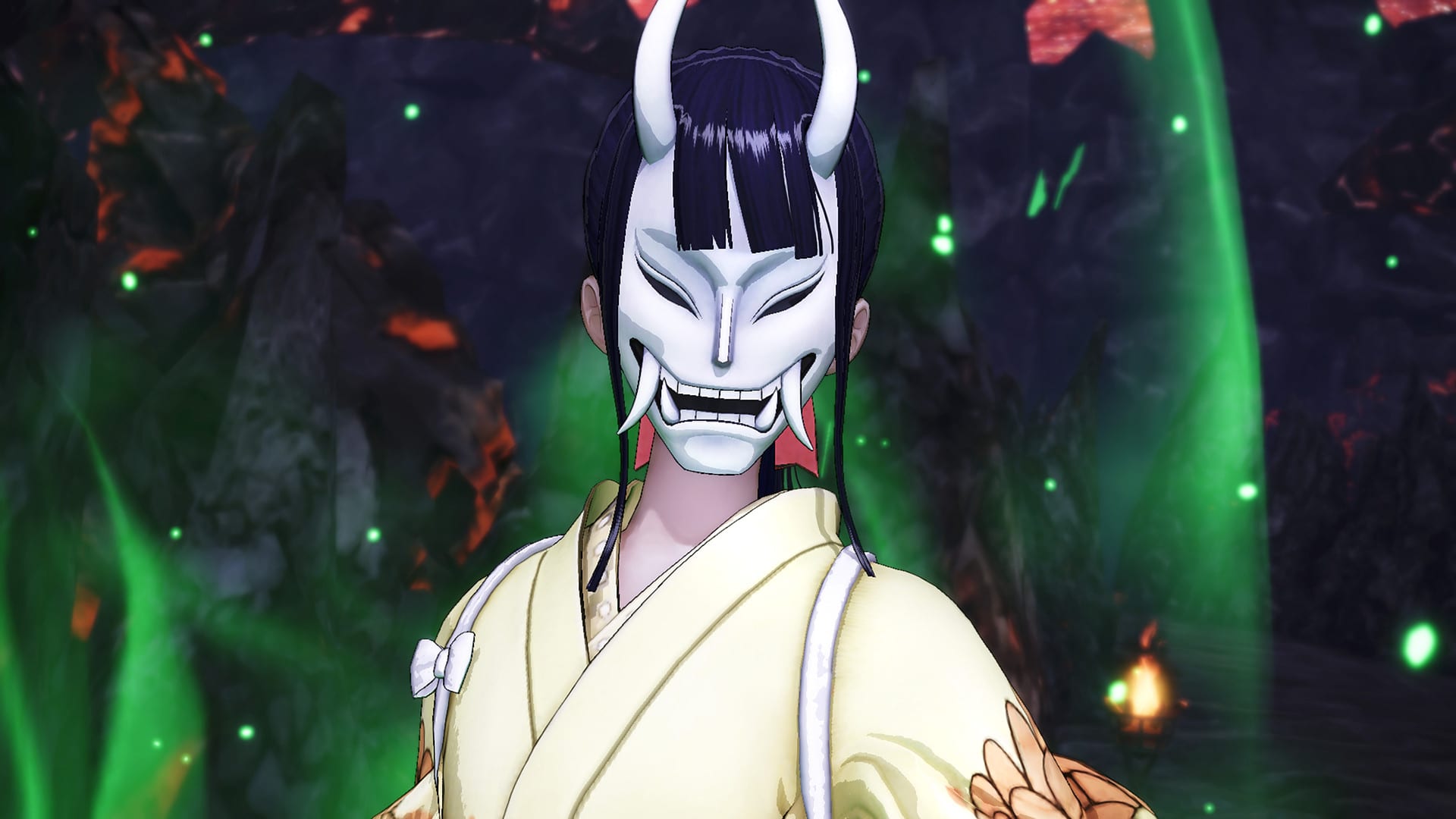 The package is already available in some storefronts and will be released on all of them throughout tomorrow (Dec. 17).

This is the last DLC package announced for the game. At the moment, we don’t know whether we’ll get more down the line, but Jump Festa is around the corner, so we may get news then.

We also got a launch trailer, which you can watch below.

Oden was the Great Daimyo of the Kuri region in Wano Country; for a brief time, he also served as a member of Whitebeard’s Pirates and later Roger’s Pirates. With a free-wheeling spirit, he was loved by his people. Ultimately, he was executed by the Animal Kingdom Pirates. Catchphrase: “It’s too cramped!”

Action type：Power
Oden is a samurai known for his speedy Two-Sword Style.
Using his “Ryuo,” he can unleash incredibly powerful area of effect attacks that can overwhelm foes in any situation!”

Kin’emon is a samurai from Wano Country who fights fire with fire using his Foxfire techniques. He can also create clothing at will using his Devil Fruit powers, though he calls it “sorcery.” He originally sailed to Punk Hazard to find his son Momonosuke; there, he met the Straw Hat Pirates and decided to accompany them. For some reason, he has an intense hatred of pirates and dragons.

Kin’emon is a foxfire samurai who can control fire.
He can cloak his sword in fierce flames to burn all enemies within range.

Okiku is the poster girl for a tea house in Okobore Town, in the Kuri region of Wano Country. She is a self-styled samurai trained in the art of the sword. Sumo champion Urashima became enraged with her after she not only spurned his advances but cut off his topknot; fortunately, Luffy was there to save the day.