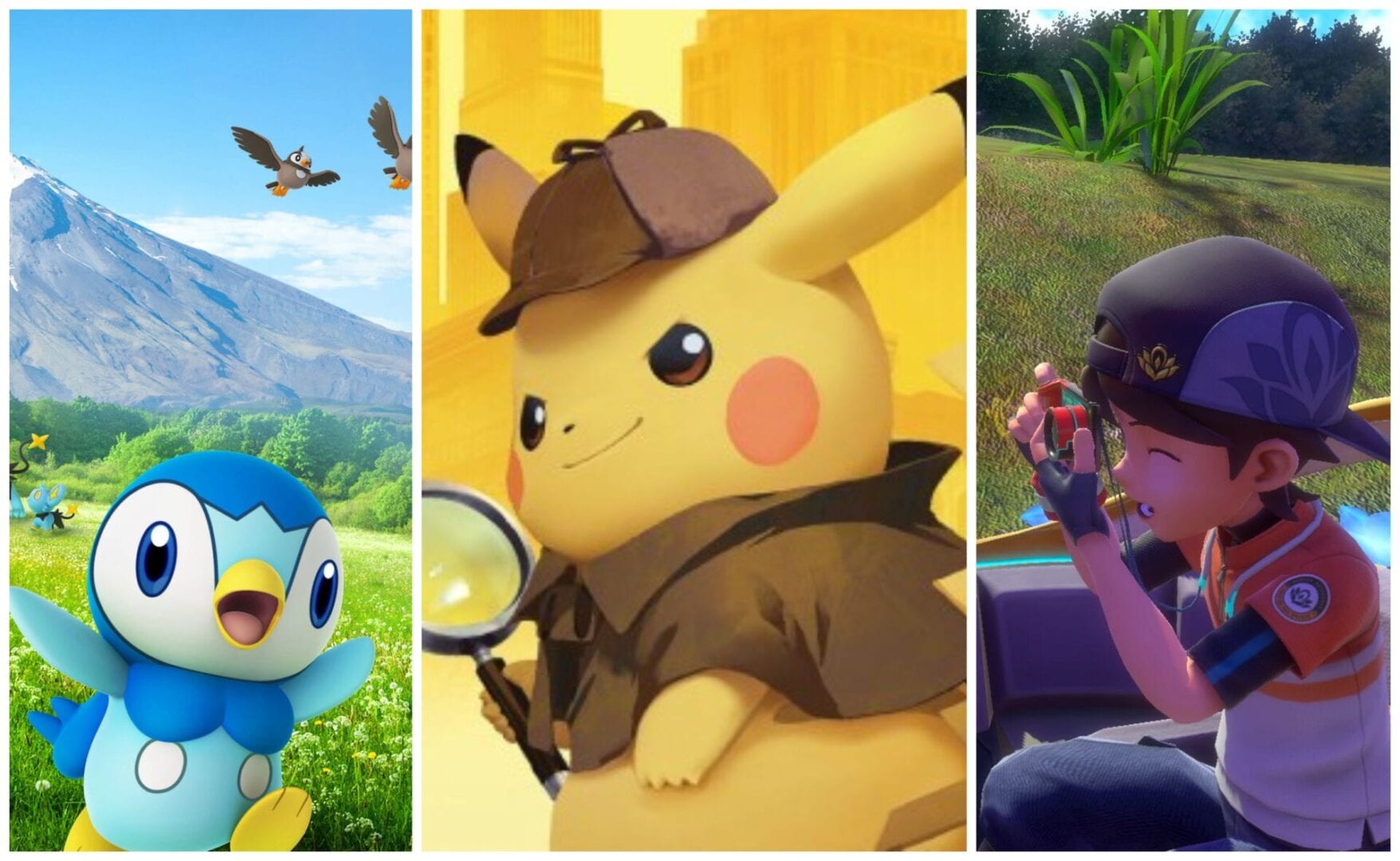 During the Macy’s Thanksgiving Day Parade last month, The Pokemon Company showed off the logo for the upcoming 25th anniversary of Pokemon. They didn’t talk specifics about what would be coming exactly, but we can expect for there to be tons of announcements and reveals in 2021 that are sure to make Pokemon fans go wild.

With Mario having his own anniversary this year and The Legend of Zelda next year, [put how many year anniversaries for these because technically every year is an anniversary haha] we thought it would be fun to talk about what Pokemon’s 25th anniversary could possibly look like, you know, if we all got what we wanted and the world was perfect.

Will any of these things happen? We have no idea. All we can do is put good vibes into the universe and hopefully The Pokemon Company delivers and knocks it out of the park. And if not, there’s always the 30th anniversary in 2026 to look forward to.

Detective Pikachu was a spin-off game that released on the 3DS a couple of years ago that starred a talking Pikachu that worked with his partner, Tim Goodman, to solve Poke-related crimes and problems.

There was a live-action movie adaptation that released in 2019, and most people agreed that it was one of the best video game films ever made, staying true to the world of Pokemon while also just being a delightful watch.

As for what’s coming next for the electric mouse detective, The Pokemon Company has been pretty quiet. We did hear that a new Detective Pikachu game was in the works for the Switch early last year, but no other news about it has surfaced.

Now that the Pokemon anniversary is happening, it would make for a great time to reveal just what this game is, and while they’re at, maybe we can hear about a potential sequel to the live-action film.

We could all use a bit more Detective Pikachu in our lives.

It’s been over six years since we’ve gotten the remakes for Pokemon Ruby and Sapphire, and fans have been clamoring for the eventual next remake for the fourth generation of Pokemon.

Pokemon Diamond and Pearl ushered in a new wave of fans as the mainline series came to the DS for the first time. Chimchar, Piplup, and Turtwig are among some of the cutest starters of all time, and we’re ready to explore the Sinnoh region once again on the Nintendo Switch with updated visuals.

We would expect for the remakes to sport a similar graphical style to Pokemon Sword and Shield, but who knows? The Pokemon Company could surprise everyone, and these games could look even better than the most recent generation.

Even if the remake doesn’t release in 2021, having some reveal or announcement would be enough to quench the thirst of Gen 4 fans everywhere.

I’ve personally spent a lot of time brushing my teeth with Pokemon Smile, a new app to help children get their teeth all shiny and clean. I’ve managed to even catch about half of the original Pokedex, and now I’m ready to head to bed with Pokemon Sleep.

2020 has not been easy for me when it comes to going to bed at a good time, and actually staying asleep is even harder, but Pokemon Sleep is promising to help make sleeping a little bit more enjoyable by rewarding users for getting a good night’s rest.

It’s planned to launch with a peripheral that will monitor your sleeping patterns and then send the data to your smartphone via Bluetooth. When it was announced last summer, it was promised to launch in 2020, but it seems like the plans have changed since it’s the end of the year and Pokemon Sleep isn’t in my home yet.

Pokemon Sleep is such a strange concept, but we’re here for it, and 2021 would be the perfect time to launch it and finally allow folks to catch Pokemon while sleeping or whatever is you’ll be rewarded with.

The internet basically broke last year when it was announced that there’s a new Pokemon Snap game in development for the Nintendo Switch. We’ve only seen one trailer so far, but it looks like everything that fans have been begging Nintendo for over the last 20 years or so.

There’s going to be new Pokemon to snap photos of in glorious HD, and that’s all we could really ask for. We’re sure there’s also going to be some neat secrets and tricks like there were in the original game –anybody remembers the way that you can get a Magikarp to evolve into a Gyrados? I sure do.

To make this 25th anniversary of Pokemon something to remember, please release New Pokemon Snap into the wild. We need it now more than ever.

It completely boggles my mind that old-school Pokemon games like Red and Blue and Yellow are not available for download on the Nintendo Switch yet, or any classic Game Boy games for that matter.

Porting over any old Pokemon game to the hybrid console would literally just print money and would probably not take a lot of work to do so. Having a collection of the Kanto region games along with Gold/Silver/Crystal on my Switch would be a dream come true and would allow for new fans to experience the beginning of the now-iconic franchise.

Just make sure that players can trade and battle over wireless internet, of course. So, come on, Nintendo, let’s make this dream a reality already.