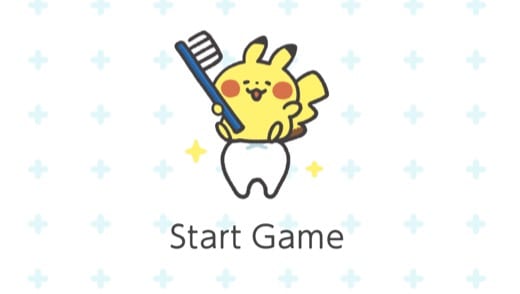 Actually finding the willpower and motivation to brush your teeth twice, sometimes three times a day, is very hard to do, especially during these trying times. The only way to make brushing not the most boring two minutes of your life is by maybe listening to a podcast or watching your favorite Twitch streamer on your phone to make the time go by.

Yes, brushing your teeth doesn’t take that long to do but it’s especially difficult to keep children interested and that’s where Pokemon Smile comes in.

Earlier this morning, The Pokemon Company dropped a bombshell of an announcement during a live-streamed Pokemon Presents event. No, not New Pokemon Snap, we’re talking about this new mobile application that makes brushing your teeth very fun.

Pokemon Smile is free to download on the App Store and Google Play Store right now and even if you’ve brushed your teeth this morning, I highly recommend booting it up and trying it out for yourself. Don’t you want to catch Pokemon while also keeping your breath minty fresh?

The app is very simple, as it should be considering children are the major demographic here. You open up the app, you sign your name down on some very official forms (all very kid-friendly) and then you get to brush your teeth while catching Pokemon, collecting new hats, and filling up the Pokedex.

As you can see, the main goal during your teeth-brushing time is to use your partner Pokemon’s attacks on the build-up of plaque, which are just big purple blobs of darkness. An icon will pop up on the screen to show you where to brush, and if you succeed at the task, you will then be able to catch a Pokemon that’s covered in the…evil, purple, plaque goo stuff.

I always brush my teeth twice a day but now, thanks to Pokemon Smile, I’m extra motivated now. If you regularly brush your teeth with the mobile app, you can collect Brushing Awards, which can then lead to you becoming a Brushing Master. I don’t how many rewards there are but the challenge begins today.

Now, please excuse me while I brush my teeth for the fourth time today just so that I can capture an Oddish. Will I continue to use the app until I become a Pokemon Master? No. I will instead become the world’s first Brushing Master. How about you?