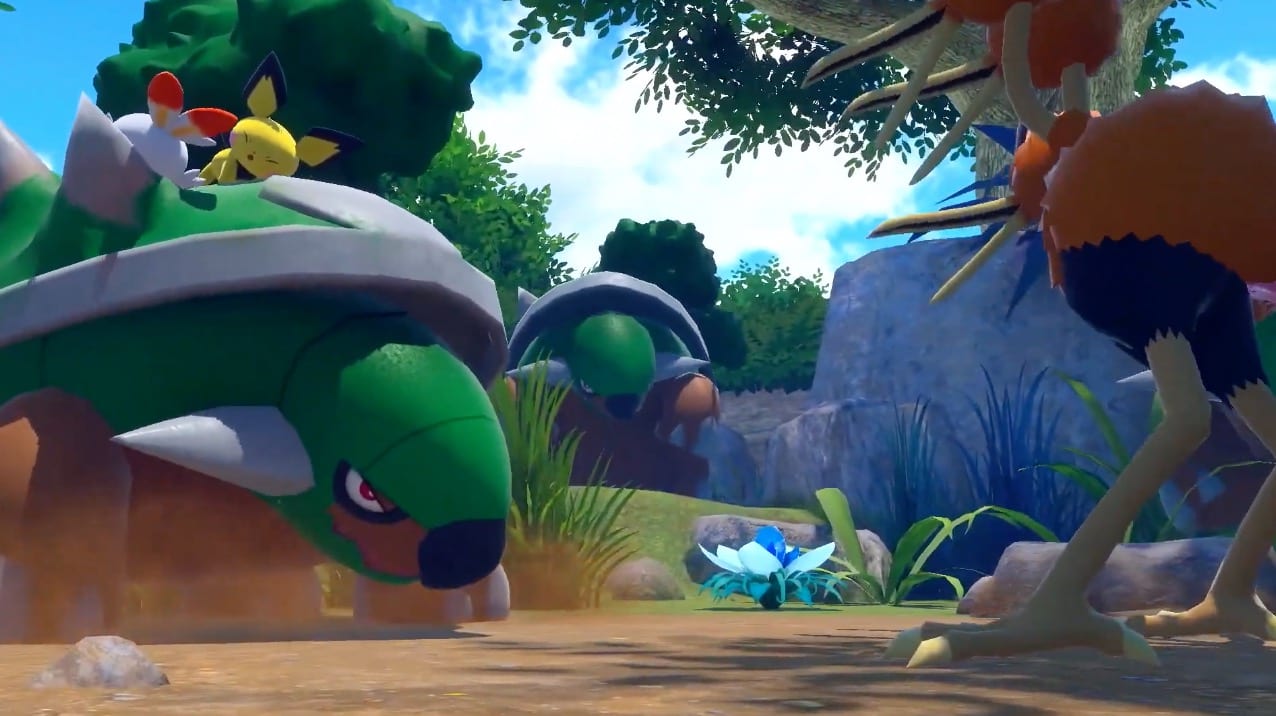 The trailer, which you can watch down below, shows off new Pokemon from every region in glorious HD visuals with stunning environments. The title isn’t “Pokemon Snap 2” but instead is a brand-new title that’s inspired by the N64 game, titled “New Pokemon Snap.”

Also, here’s a description of the game from the Switch eShop listing:

“Travel to unknown islands with beautiful scenery like lush jungles and sandy beaches. The Pokémon pictures you take there will be used to build your very own Pokémon Photodex!

Photograph lively wild Pokémon in their natural habitats as you research and explore unknown islands. Journey through a variety of environments such as beaches and jungles to capture previously-unseen Pokémon behaviors. The photos you take can also be used to fill out your very own Pokémon Photodex!“

New Pokemon Snap is being developed by Bandai Namco and The Pokemon Company promises that more info on the game will be coming soon.

You can also enjoy some official screenshots in the gallery below:

During the Pokemon Presents live stream today, The Pokemon Company also announced a new mobile title that will help kids brush their teeth by “gamifying” the experience. The app is called Pokemon Smile and is now available to download for free on iOS and Android devices.

It was also confirmed at the end of the presentation that there will be another Pokemon Presents live stream on June 24 that will unveil a major Poke-related announcement.