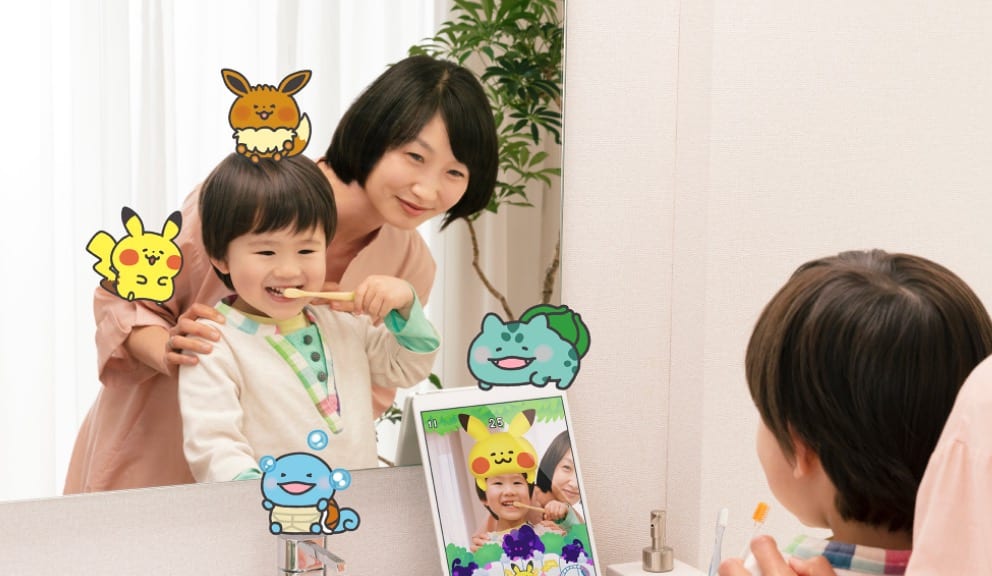 The Pokemon Company has announced a new mobile application that will help kids brush their teeth called Pokemon Smile.

Pokemon Smile helps turn the activity of brushing your teeth into a fun and engaging Pokemon-filled gaming session. Kids can use the mobile app to catch over 100 Pokemon while keeping their teeth shiny and clean.

The app is now available for iOS and Android devices.

Here’s some more information from The Pokemon Company itself:

Pokémon Smile uses a mobile device’s camera to observe the player’s toothbrushing activity. If the player skillfully brushes their teeth, they can defeat cavity-causing bacteria depicted in the game and then catch Pokémon. The game will guide the user through the toothbrushing process, so each playthrough can help them brush all areas in their mouth.

Parents can receive notifications from Pokémon Smile at up to three set times per day that remind them it’s time for kids to brush their teeth. They can also set the duration of each toothbrushing session to be between one and three minutes, based on the varying needs of children of different ages. The app is filled with elements to encourage the player to continue playing the game with the intent of slowly building a habit of brushing their teeth. Players will want to keep coming back to catch over one hundred species of Pokémon in Pokémon Smile and fill out their in-app Pokédex. They can also collect fun in-app decorative headwear to display on themselves virtually as they brush their teeth.

During the Pokemon Presents live stream, The Pokemon Company also announced a new title in the Pokemon Snap franchise, called New Pokemon Snap, and it’s currently in development for the Nintendo Switch by Bandai Namco. It doesn’t have a release date just yet but more info will be coming soon.

It was also confirmed at the end of the presentation that there will be another Pokemon Presents live stream on June 24 that will unveil a major Poke-related announcement.