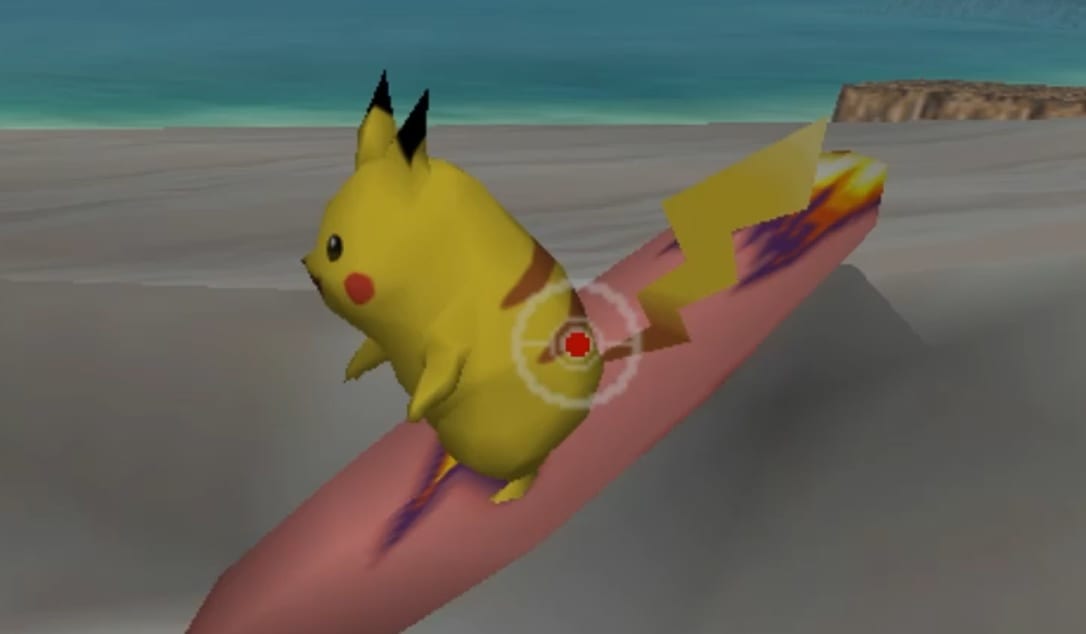 As the news of a brand new Pokemon Snap game begins to sink in, let’s take some time to remember what was so great about the original game.

Even though the main objective of Pokemon Snap is to take photos of every Pokemon to complete Professor Oak’s report, there were a ton of hidden secrets to find.

Some of these secrets were clever ways of evolving Pokemon. Other secrets were in the form of special poses and scenarios in which you could photograph Pokemon.

Back in 1999 when the game released, it wasn’t as easy as it is today to search online how to photograph certain Pokemon. I remember excitedly sharing with my friends at school new secrets I found in the game.

As we look ahead and begin to think about what New Pokemon Snap might be like, let’s remember some of the most iconic secrets from the original game.

Charizard was always the favorite child of the three starters, so it’s no wonder it was included in the game while Venusaur and Blastoise were nowhere to be found.

If you played through Pokemon Snap casually, though, you might not have known Charizard was in the game at all. It doesn’t appear on its own; you had to know exactly what to do to evolve a Charmeleon to make it appear.

At the very end of the Volcano stage, there was a Charmeleon circling a pool of lava. If you threw a Pester Ball or apple at it with just the right timing, it would get knocked into the lava and evolve into Charizard.

The game does not give you any tutorial at all on how to discover Pokemon in this way, let alone evolving them, so this was an incredibly surprising secret at the time. Photographing the Charizard breathing fire scored a high amount of points in the report.

Muk might not have been a very popular Pokemon, but the secret to photographing it in Pokemon Snap was so obscure that even to this day there is conflicting information online about how to do it.

In the Cave course, there were two Grimer hiding in holes in the walls that you could snap a faraway picture of. Most people would probably think to take a photo of the closer one and be done with it.

But if you took a photo of both Grimer, a third one appeared a bit later in the course in the perfect spot for a close-up shot. But that’s not where the secret ended.

If you threw five Pester Balls in a row at that particular Grimer, it would evolve into Muk, and you had a small window of opportunity to photograph it. It didn’t help that you had to turn the vehicle around to look behind you in order to see it, which made it a tough capture.

Possibly the most famous evolution methods in Pokemon Snap, evolving Magikarp into Gyarados was a multi-step process that required precise timing.

Here’s where some of the precision came in: you had to knock one close enough to a Mankey in the beginning of the course, close enough so it would be in range of the Mankey to kick it. This would send the Magikarp flying so far away that you wouldn’t see it until later in the course.

Once you approached the waterfall in the valley, you’d see the Magikarp flopping on the land across from it. Hitting it with another well-timed Pester Ball would knock it across the river and into the waterfall.

This revealed a giant Gyarados sticking its head out of the waterfall, and you had a quick chance to snap a good photo of it.

Photographing three Jigglypuff on the stage at the end of the Cave course was perhaps one of the most difficult secrets in the game to pull off. Not only was it a secret few people knew about, but it required precise timing.

In order to get all three to appear, you have to save all three Jigglypuff from being chased by the Koffing throughout the course. For all three to even appear being chased, though, you had to save each one within a few seconds of seeing them.

This meant hitting the Koffing from as far back as possible. If you waited too long, there wouldn’t be enough time for the third Jigglypuff and Koffing to appear.

If you successfully saved all three, you’d see them singing and dancing at the end of the course, and photographing them would award a ridiculous amount of points, since it counted as both a special pose and multiple Pokemon in one shot.

Pikachu on a Surfboard

Surfing Pikachu wasn’t an obscure secret or difficult to obtain by any means, but it sure was iconic.

It appeared early in the very first course, Beach, but you couldn’t do this trick until you had unlocked apples. By luring the Pikachu over the the surfboard with apples, it would jump onto the board.

This was perhaps a reference to the Surfing Pikachu in Pokemon Yellow that unlocked an exclusive minigame, as well as the episode of the anime where Ash’s Pikachu surfed.

Pikachu flying with balloons was actually part one of an extended secret in Pokemon Snap, with the second part being explained below.

To photograph this special version of Pikachu, you had to knock the yellow mouse out of Zubat’s grip with a Pester Ball in the middle of the Cave course.

This was easier said than done; the Zubat flew pretty erratically and you only had a few seconds to do it. If you managed to hit the Zubat, it would drop Pikachu.

Thankfully, instead of Pikachu falling to its death, it magically sprouted balloons and drifted to safety.

Pikachu riding Articuno is part two of the secret explained above. To capture this, you had to successfully free Pikachu and get him to float with the balloons.

Luckily, the next part was a lot easier. Immediately after capturing balloon Pikachu, you had to switch to your Poke Flute and awaken Articuno from the egg. It was imperative that you did this as quickly as possible, or else you’d run out of time.

After successfully executing both steps to this trick, you’d see Pikachu jump on Articuno’s back at the very end of the stage, and it would fly past you with just a few quick seconds of opportunity to take a snapshot.

Photographing Mew wasn’t as much of a secret as some of the others on this list, but it was absolutely the most iconic part of the game.

After finding and taking pictures of all six hidden Pokemon Signs, the final course Rainbow Cloud would be unlocked. Only the legendary Pokemon Mew would be found here.

You couldn’t take a picture of it too easily, though. Trying to take a quick snapshot would be impossible, since Mew would hide in a ball and obscure the shot.

You had to knock Mew out of the ball by hitting it with Pester Balls several times in a row. Even then, you’d only be able to take a faraway shot with its back to the camera, as it would be hurrying back into its ball.

By timing several Pester Balls perfectly, you could delay Mew’s escape and take a perfect photo of it, awarding the most points of any Pokemon in the game.