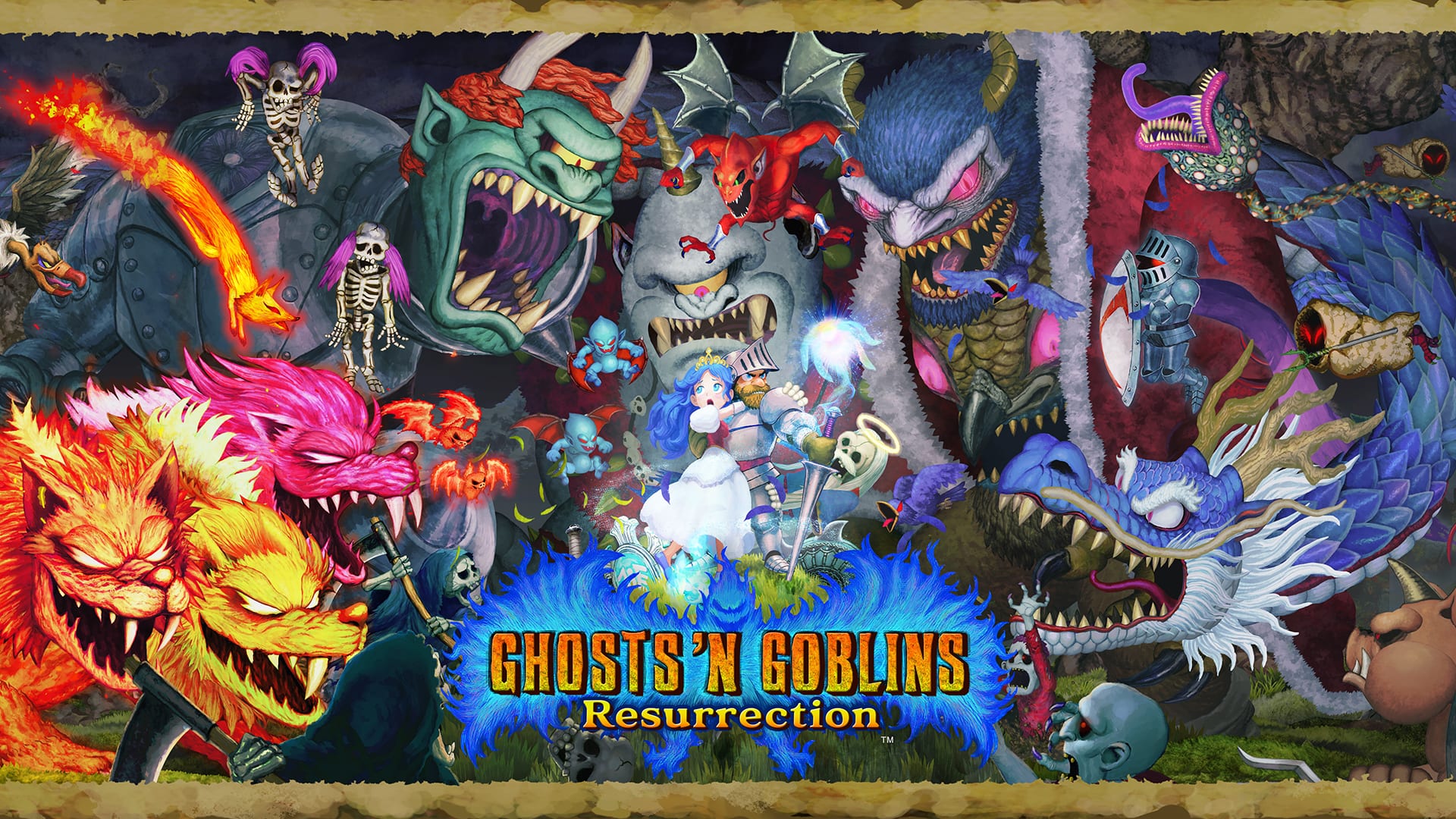 Arthur dons his armor yet again, as Capcom has announced Ghosts ‘n Goblins Resurrection during the Video Game Awards.

Ghosts ‘n Goblins Resurrection is a reboot of the classic action-platforming series from 1985. This reboot appears to be a Nintendo Switch exclusive and some further details of the game have appeared on the eShop page.

Ghosts ‘n Goblins Resurrection is a reboot that brings the beloved Capcom franchise back to life and into the 21st century. Paying homage to Ghosts ‘n Goblins and Ghouls ‘n Ghosts, the latest entry combines the franchise’s action platforming gameplay with storybook-like graphics and challenging new obstacles.

The game follows the valiant knight Arthur as he runs, jumps and battles his way through eerie stages set in the Demon Realm, a demonic fantasy world. Brave knights will need to proceed with extreme caution as terrifying dangers await, including familiar enemies like Zombie, Skeleton Murderer, Pigman and Red Arremer.

Ghosts ‘n Goblins Resurrection is a nostalgic, yet fresh adventure that welcomes back its faithful fans, while introduces a new generation of heroes to challenge one of gaming’s classic series.

This latest Ghosts ‘n Goblins isn’t the first classic Capcom platformer that’s been, well, resurrected. Mega Man 11 was released in 2018 and we were pretty fond of the Blue Bomber’s latest.

The Video Game Awards are still underway so check out some the latest news. Ark II was just announced starring the very fast and very furious, Vin Diesel. Fall Guys Season 3 was announced and The Evil Dead: The Game brings back Ash into all of our lives.