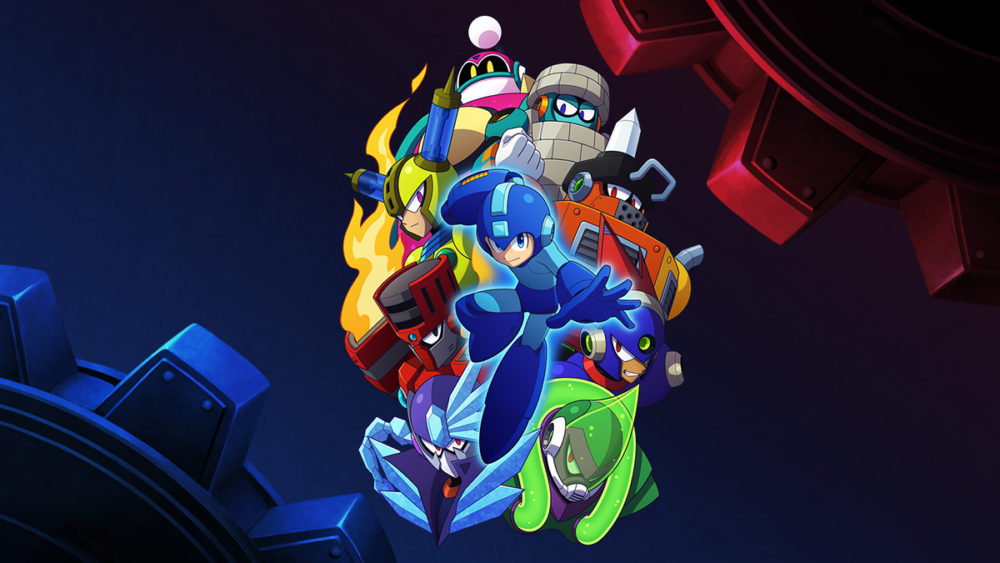 It’s been a while since the world has received a mainline entry in Capcom’s Mega Man franchise, and following the less than stellar spiritual successor that was Mighty No. 9, some might be a bit uneasy about the game’s formula. Luckily, Mega Man 11 continues the series’ tradition of great games. It hones its best qualities to a fine point while introducing small but necessary improvements to the tried and true formula.

The game’s setup is about what one would expect from a Mega Man game. The mad scientist Dr. Wily has once again devised a sinister plan to take over the world, this time with the help of a modification that can enhance his eight new Robot Masters’ speed and strength called the Dual Gear. Unwilling to let him get away with his evil plot, Mega Man equips the Dual Gear himself and sets out to take down Wily once again, tearing through his new array of robot masters along the way.

Though there’s really nothing to write home about in terms of the story, it serves the game well enough and helps to introduce the title’s new Dual Gear mechanic. With it, players can slow down time to avoid enemy attacks and environmental hazards or boost the power of their attacks for some over-powered, screen clearing moves. It’s an interesting new mechanic that lends itself well to the gameplay formula, and more often than not serves as a safety net for when players need to correct for timing mistakes or deal with a zone’s more difficult enemies quickly.

Another important addition is the inclusion of difficulty levels. Mega Man 11 offers four different difficulty settings, tweaking how much damage is inflicted on the player by basic enemies and robot masters alike. As a result, they range from an easy mode that makes platforming the primary hazard to the hardest mode that will have even veterans making split-second inputs just to survive encounters with basic enemies. Though this may put off some of the series’ purists, it’s a welcome addition to the game which helps it feel more in line with modern difficulty norms, and serves as a perfect way for newcomers to practice and work their way into the gameplay at their own pace.

Speaking of which, the gameplay is up there with some of the best titles in the series. Everything that Mega Man has come to be known for are here, from a gauntlet of platforming challenges to a wide variety of enemies out to turn players into a burst of light and scrap metal. The controls are tight and highly responsive, making for quick and frantic maneuvers which are a blast to pull off correctly both in general levels and boss fights, the latter of which have all the bells and whistles needed to stand toe to toe with the best Robot Masters from the series’ long lineage.

The visuals and sound design are also excellent. While the game does make the leap from 2D to 2.5D, it’s a smooth transition which carries over all of the charm and personality the series is known for. Each area has its own feel and aesthetic which comes through in everything from the color palette to the appearance and behaviors of the enemies scattered throughout.

This is matched by a soundtrack that is a perfect accompaniment to most any level its featured in. It’s bit-tune tones mesh perfectly with the game’s aesthetic and help the experience stand out all the more.

It should be noted that the game is short, especially by today’s standards. Depending on the player’s skill level and what order they fight the robot masters in, the game will take them anywhere between six and 10 hours to complete. This can be extended should they play on a higher difficulty setting, but after players have discovered the bosses’ movement patterns and gained a few of the different attacks rewarded for defeating them, they’ll find they can clear the game in as few as two to four hours in future replays.

This would understandably be a turnoff for those who only play through the game once, especially when the game is currently priced at $29.99 across all platforms; however, for those who enjoy the series and would want to clear it on every difficulty setting, there’s enough replay value to make up for the high price tag.

There was a lot riding on Mega Man 11, but it rises to the occasion in almost every regard. It’s a near perfect modern representation of the series, and for anyone who has ever had even a passing interest in the series, it’s an entry they won’t want to miss.