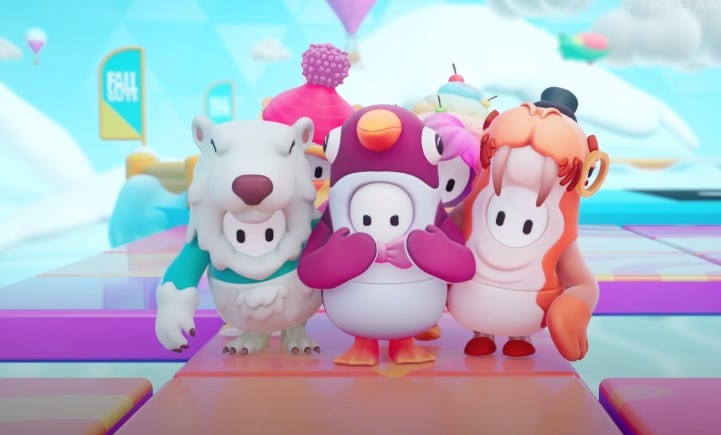 Tonight at The Game Awards, the Fall Guys Season 3 trailer was shown off for the first time along with tons of new costumes, obstacles, levels, and more.

We also get a preview of what could possibly be a new level that’s similar to Rock N’ Roll, but with giant snowballs. In the trailer we see a fall guy from an opposing team try to hit a ball away, but instead, they go flying right through the snowball.

There are also spring-powered obstacles that seem to throw the fall guy wearing the penguin costume for a loop. And then this poor guy ends up on a blue platform that launches them high into the sky.

Another, more treacherous obstacle features a large circle with holes around the outer edge just big enough for you to jump into. This looks to be a much more difficult obstacle to get around compared to your standard windmills.

You can finally jump into Season 3 of Fall Guys when it starts on Dec. 15. And don’t forget to check out the reveal trailer from Devolver down below.

If you just can’t get enough game reveals, then you can watch the full live stream of The Game Awards 2020 down below.