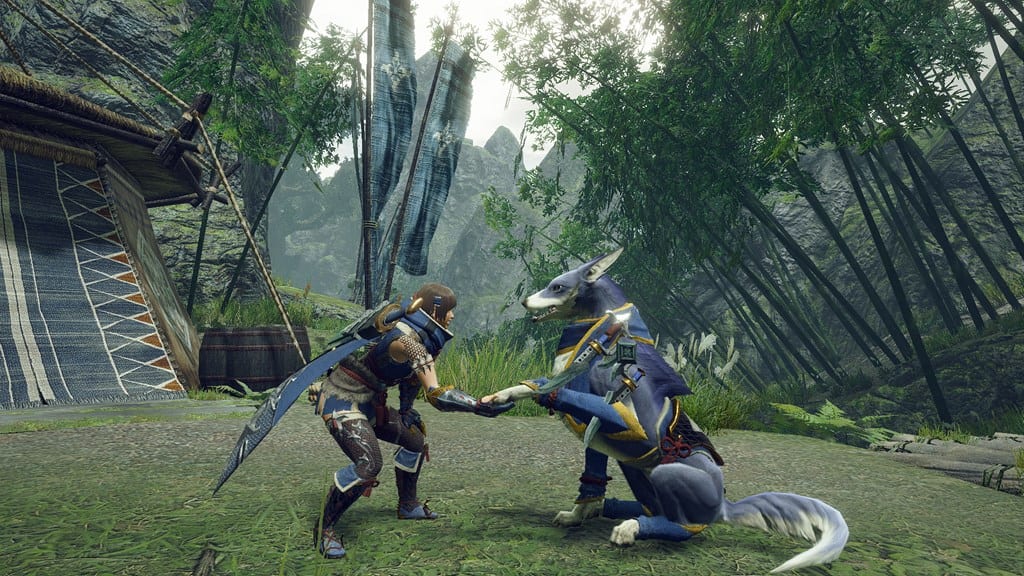 Capcom has released a new video to its Japanese YouTune channel that shows off about eight minutes of brand-new gameplay for Monster Hunter Rise, the latest mainline entry in the long-running action-RPG series.

The gameplay starts by showing off a Hunter exploring one of the game’s locales alongside their trustworthy companions, a Palamute and a Palico. You can see them using the Palamute to get across wide areas quickly, and you can use certain items while riding on top of it, such as a potion or a Whetstone.

Eventually, the player confronts one of the new monsters in the game, the fearsome Aknosom. This huge bird Wyvern greets the player with a huge fireball to the face, as you can see around the 4:40 mark.

We don’t get to see the hunter actually take down the Aknosom, as it escapes once it takes enough damage, but you can see some slick combat featuring the Great Sword and the Wirebug mechanic.

You can also see a gif of the moment that I brought up:

Monster Hunter Rise is set to launch on Mar. 26, 2021, as a Nintendo Switch exclusive title. The game will feature four-player online co-op play, similar to other core Monster Hunter titles. It will introduce a new tool called the Wirebug, allowing players to traverse up cliffs and perform aerial maneuvers during combat freely.

You can check out the character creation system here, concept art for Magnamalo, and another clip showing off the Healing Escuregot.