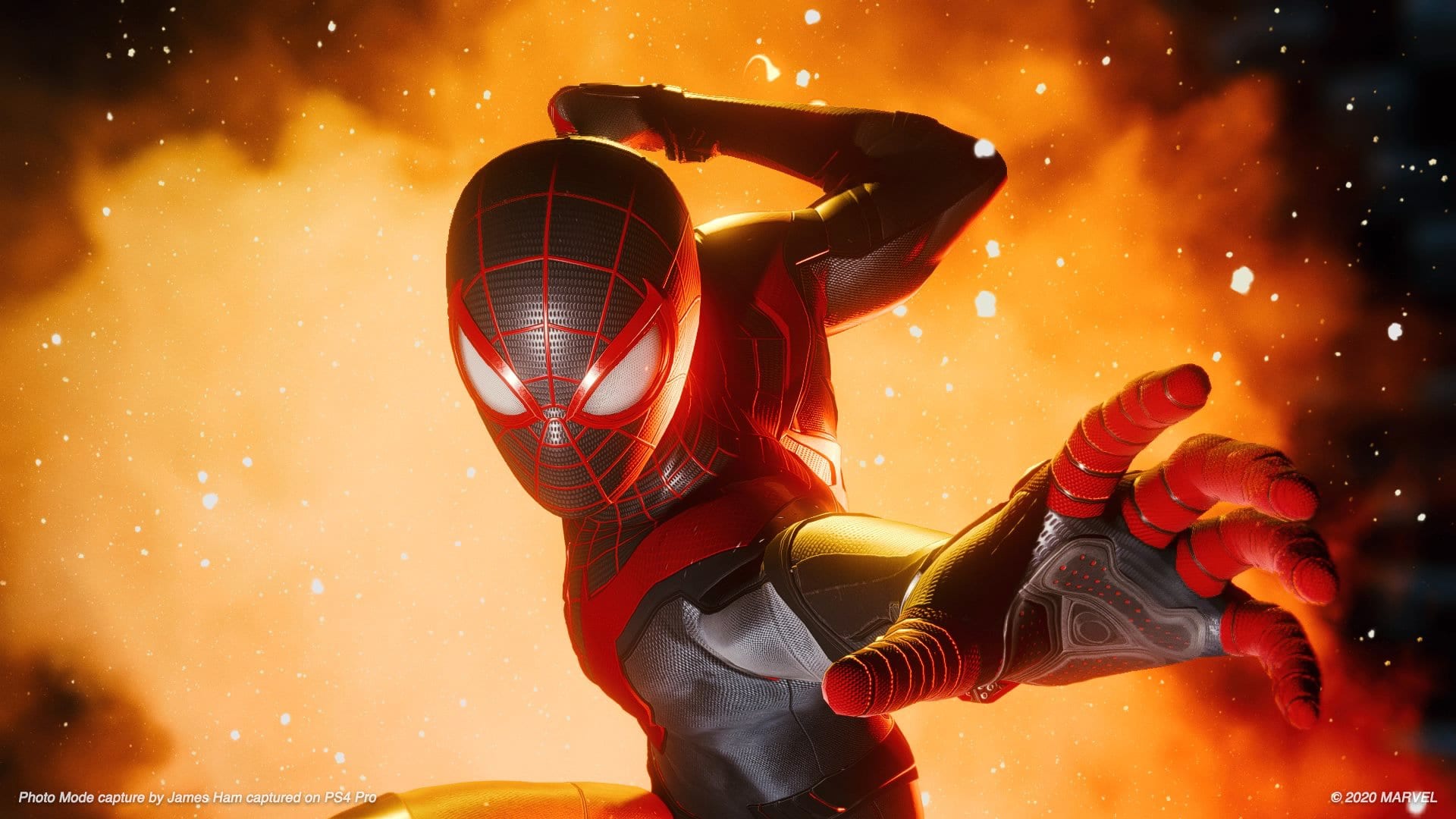 The screenshots feature two looks at the game on different consoles.

The first is shot on PS4 pro, while the second on a PS5, as mentioned in the text at the bottom left of each image.

It’s going to be a PS5 launch title (on Nov. 12 in the United States, Japan, Canada, Mexico, Australia, New Zealand, and South Korea, and Nov.19 in Europe and the rest of the world), but will also come to PS4. We also know that it has already gone gold and that it will include the suit from Into the Spider-Verse. Earlier today, we saw a rather spectacular TV commercial.