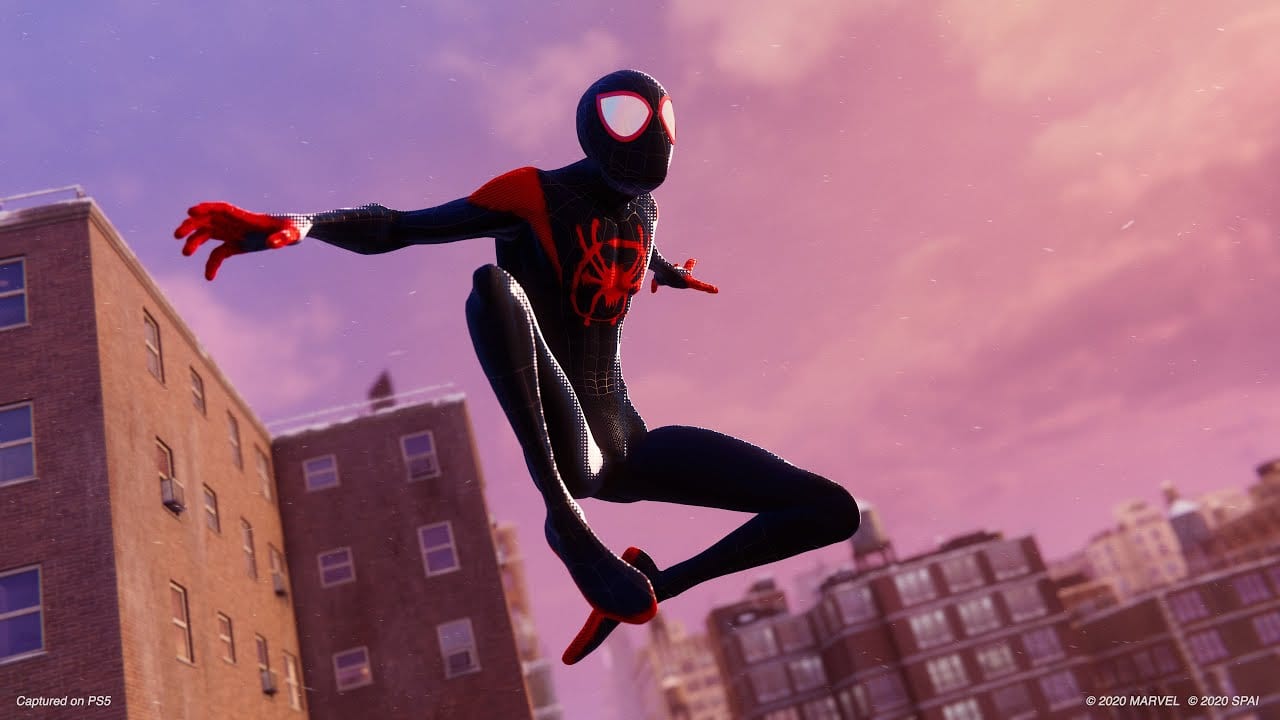 PlayStation and Marvel have revealed that those who pre-order Spider-Man: Miles Morales for PS4 or PS5 will be able to snag a very stylish suit that’s inspired by the animated film, Spider-Man: Into the Spider-Verse.

Marvel uploaded a video to its YouTube channel today that showcases a couple of minutes of gameplay with Miles wearing the suit. And it’s way more than just a different outfit. The suit is animated exactly like the film, giving the game an artistic stop-motion effect. It is especially cool to see during the combat scenarios, too, as comic-book styled phrases appear when Miles attacks enemies.

Here’s a quick synopsis of the game via PlayStation:

In the latest adventure in Marvel’s Spider-Man universe, teenager Miles Morales is adjusting to his new home while following in the footsteps of his mentor, Peter Parker, as a new Spider-Man.

But when a fierce power struggle threatens to destroy his new home, the aspiring hero realizes that with great power, there must also come great responsibility. To save all of Marvel’s New York, Miles must take up the mantle of Spider-Man and own it.

Marvel’s Spider-Man: Miles Morales is set as a launch title for the PS5 system. The game will launch Nov. 12 and will also be coming to the PS4.