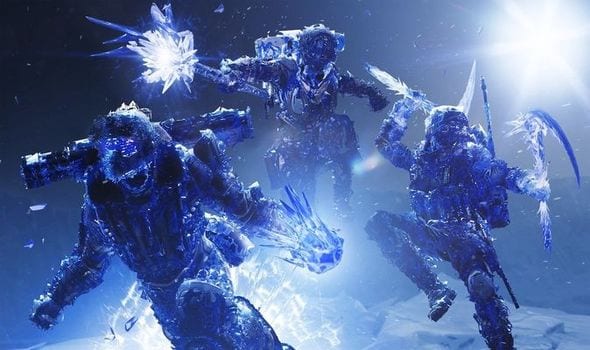 Destiny 2: Beyond Light is here and lots of things are different. However, the biggest shock to veteran players will likely be sunsetting. This new policy for Bungie will see your weapons and armor slowly fade in usefulness in some activities around the game. Here’s everything you need to know about how sunsetting works in Destiny 2: Beyond Light and what exactly it is.

Sunsetting in Destiny 2: Beyond Light

First let’s explain what sunsetting is. It’s a practice where certain weapons and armor are not able to be effectively used in newer content. For our purposes, this means that certain gear can only have their power level upgraded through infusion to a certain number, and after that it’s capped out.

In other words, what this means is that the power cap for some gear will be set so low that they will not be relevant in anything where power will matter. Power level in Destiny 2 matters in events such as Raids, Trials of Osiris, Nightfalls, Beyond Light campaign missions, and certain Lost Sectors, to name a few. You might be able to get through the first few campaign missions with your old sunset gear, but that’s about it.

In areas where power doesn’t matter, such as old strikes, exploring older locations, and PvP Quickplay, your older gear will work just fine.

The current sunset gear includes anything that released with Shadowkeep and Season of the Undying last year or earlier that didn’t come from a raid.

All gear will have a one year lifespan roughly, so next season, anything that released during Season of Dawn will be next up to experience sunsetting.

“Why would Bungie do this?” is the question you might be asking yourself right now. Well, the idea is that there’s just too many guns to balance around, and people find favorites and literally never stop using them. Bungie wants people to try new guns and shake up the meta, so this is their strategy for doing that.

If you want to keep using your Mountaintop or Erentil in Crucible quickplay, you most certainly can, just don’t try bringing it to Trials of Osiris or you’re going to have a bad time.

That’s all you need to know about sunsetting in Destiny 2: Beyond Light. Hopefully that clears things up and that you’re not too affected by this bad news. For more on Destiny 2’s latest expansion, head over to our Beyond Light wiki.