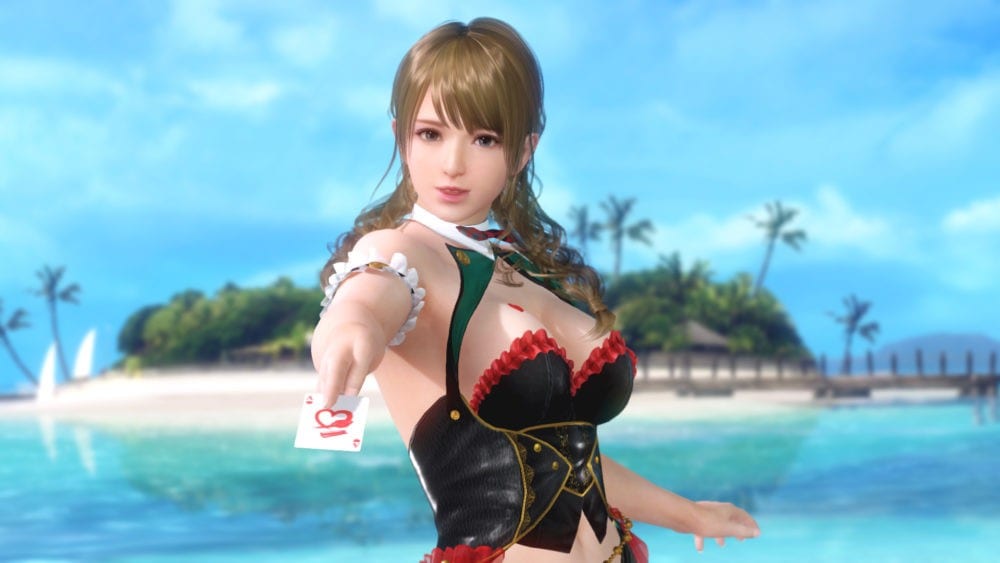 First of all, we have some news for those playing the English version of the game available via Steam.

After over a year of waiting, today Koei Tecmo implemented Monica, the charming casino dealer.

As usual, don’t expect to unlock her right away unless you’re willing to use your credit card, as she’ll be exclusive to paid gacha for a while.

Regardless of which version you’re playing, Nyotengu is celebrating her “Special day” (since she is not human, she doesn’t have a “birthday”) tomorrow, November 19.

As usual, this means plenty of Microtransactions with abysmal chances to get the featured costume. Below you can see the one just revealed for the Japanese version, while the English version gets last year’s.

Soon, its girls will appear in Azur Lane as part of a new collaboration event and it’s currently celebrating its third anniversary on the Japanese version with an event full of freebies.