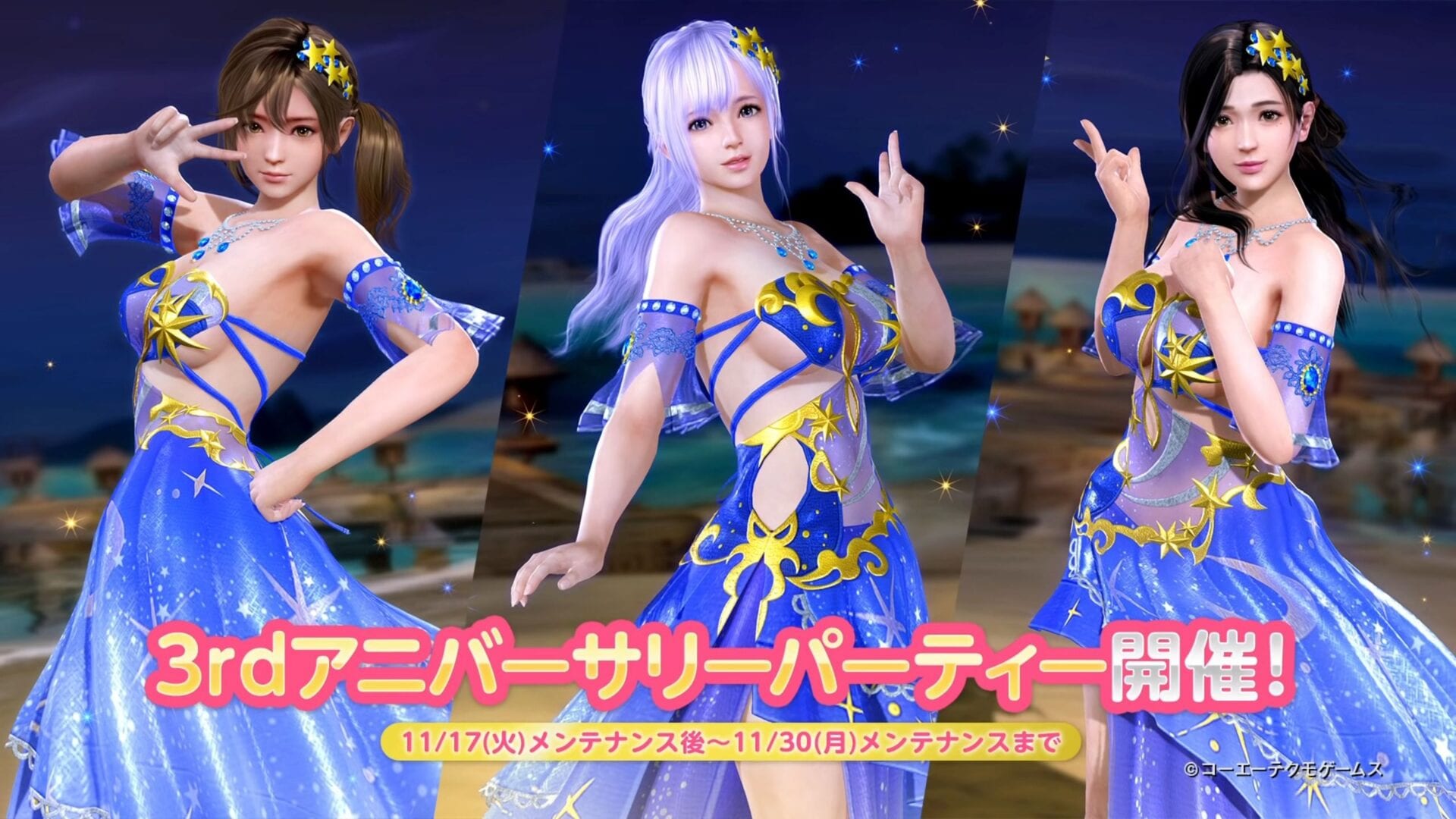 While Dead or Alive 6 has failed to stand the test of longevity as much as its predecessors did, its summery cousin Dead or Alive Xtreme: Venus Vacation seems to be doing just fine and it’s celebrating its third anniversary.

While the game is normally chock full of microtransactions, the anniversary celebration does a pretty good job of giving back.

Logging in today you’ll find plenty of freebies including a metric ton of V-Stones, the a November trend gacha SSR ticket, another that will let you draw a SSR costumes from last year’s anniversary gacha, and plenty of other goodies.

On top of that, every day for the duration of the event you’ll get a ticket for this year’s gacha, which is split in two (with half of the cast per gacha), and has all of the girls excluding relative newcomer Tsukushi.

The new gacha comes with the increased 3.3% SSR chance, so the odds over time are pretty good.

Of course, you can also use V-Stones in the anniversary Gacha, but I’d personally hold onto them because it’s about time for the introduction of a new girl, which will likely mean the first free chances at unlocking Tsukushi.

You can check out a trailer of the event below, keeping in mind that this is valid only for the Japanese version of the game. The Steam version in English is behind in content by approximately a year.

Soon, its girls will appear in Azur Lane as part of a new collaboration event.