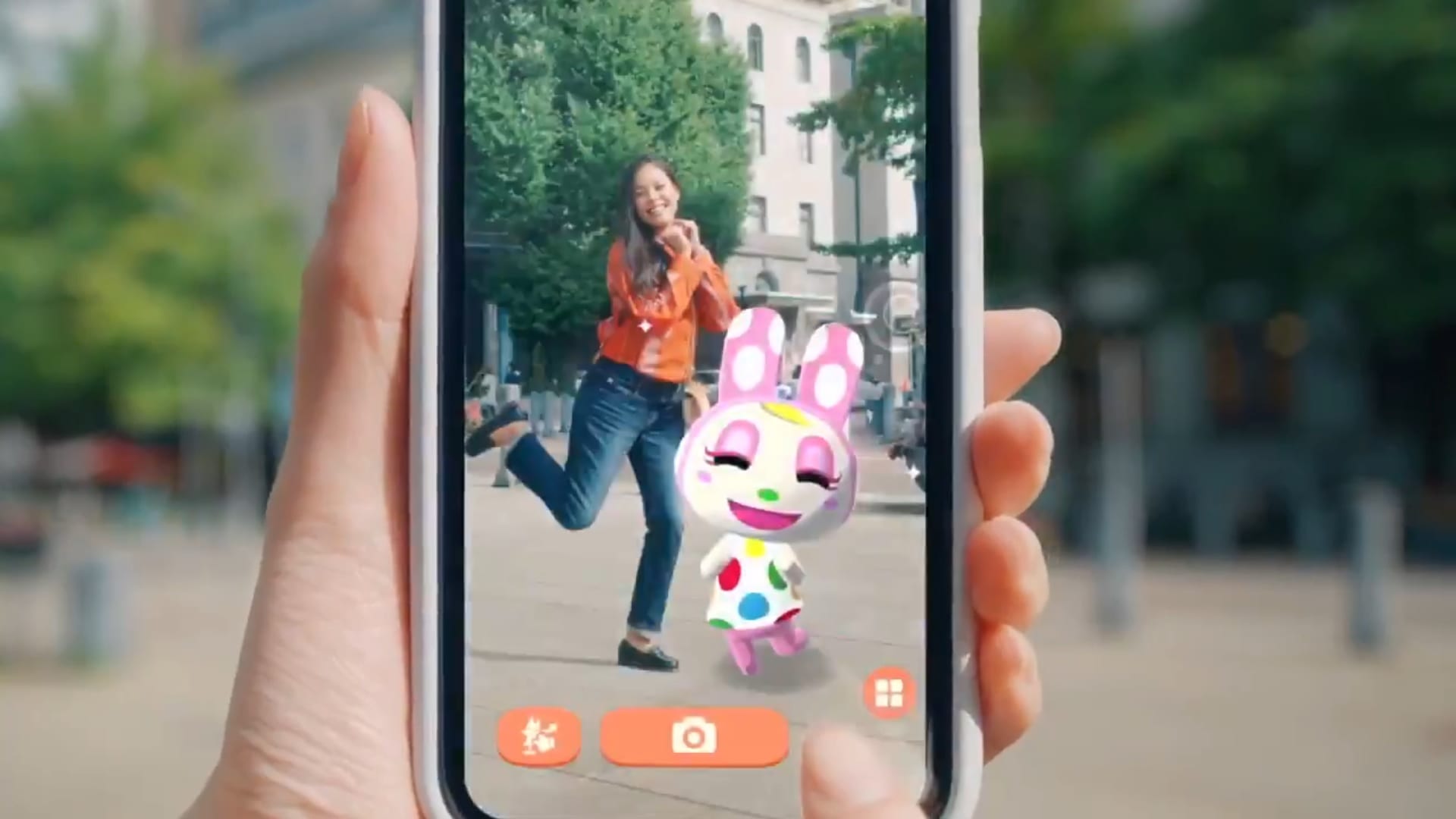 You’ll now be able to get closer to your favorite Animal Crossing villagers than ever before. The official Pocket Camp Twitter account shared that two AR modes will be coming to the mobile game today.

The new augmented reality feature AR Camera will allow you to use the Pocket Camp app to interact with the animals in the environment around you. You’ll be able to pose and play with them for adorable photo ops.

The trailer shows off the potential of this new feature, such as dancing with the animals, having a water gun fight with them, and more. You’ll be able to pick a villager, pose them in your real-life environment, and snap the perfect picture.

Even special characters, such as Brewster and Isabelle, will make their appearance in this new mode, leading to so many creative possibilities.

The second augmented reality mode that is being introduced is AR Cabin. Instead of putting the villagers into your real-life environment, this puts you into theirs.

The trailer shows you entering through a door in AR where you then see your villagers in a 3D virtual space in a cabin. It looks like you’ll be able to interact and talk with them, and moving around in real life moves you around in the game.

Much of this technology looks similar to, and is possibly inspired by, the AR photo features in Pokemon GO.

Both AR features in Pocket Camp will be free to start and will offer in-app purchases. AR Camera is available to all players, while AR Cabin unlocks when the player reaches level 15.

Different animals and furniture items will also be available to use as the player progresses through Pocket Camp.

The free AR mode update releases today, and you can watch the trailer for it below.