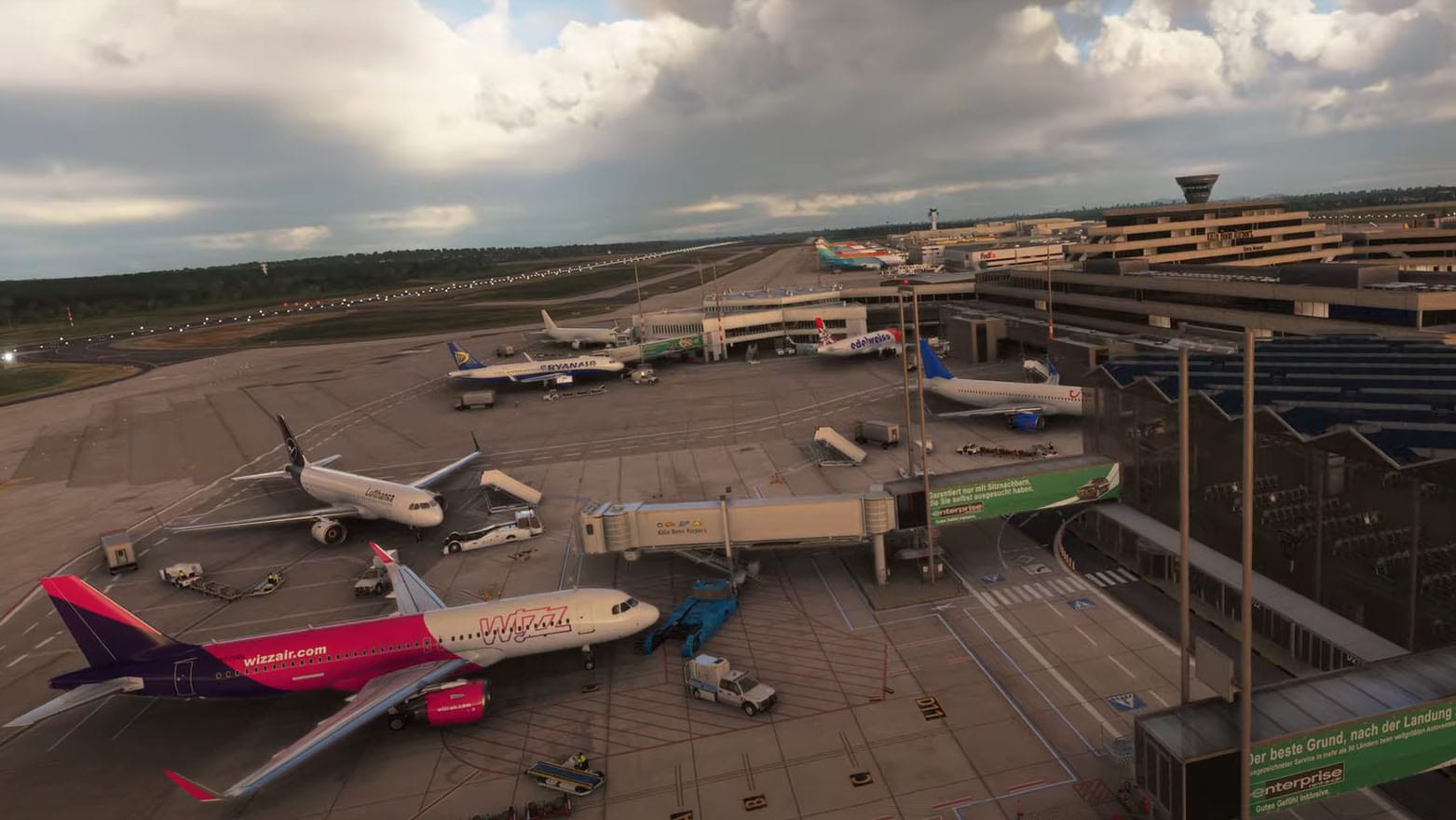 As usual, the quality appears really high, as usual for Aerosoft’s products.

As someone who has been to the airport quite a few times, it’s instantly recognizable.

Actually, I got a bit misty eyes, since this year I couldn’t go to Cologne for Gamescom as I have done every year for a long time. I guess the simulator will have to do, at least until next summer’s edition of the event.

During an event a few days ago, the developers shared a lot of details about future plans, talked about the success of the simulator defining it as a “thriving platform,” and detailed the upcoming world update focusing on the United States.