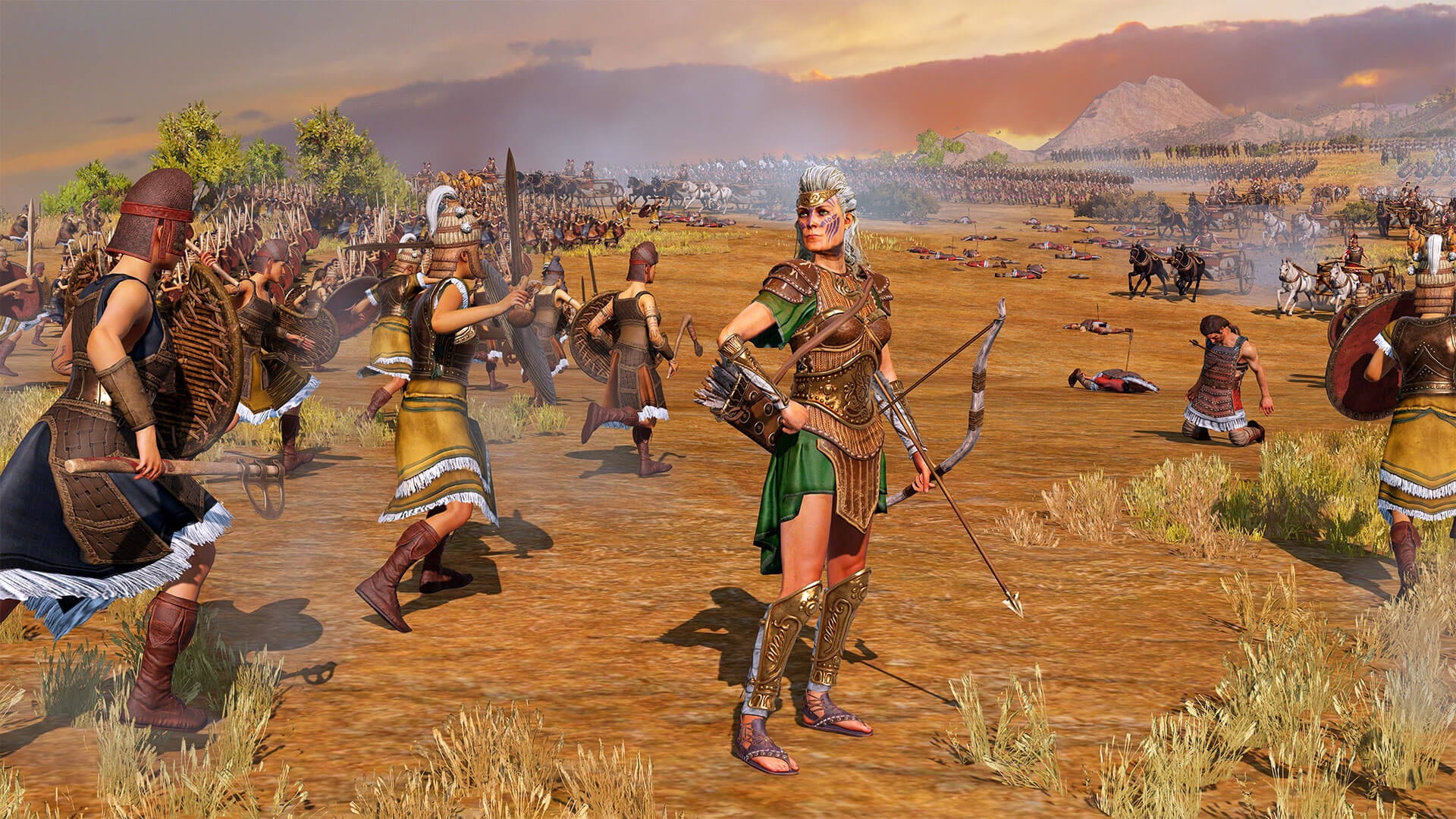 Ahead of the release of the first DLC offering for the fantastic A Total War Saga: Troy, developer Creative Assembly has given fans a glimpse of the fearsome warrior women of legend, the Amazons, in action.

Joining the Bronze Age struggle alongside the Danaans and the Trojans, the Amazon DLC pack will include two new playable characters, the Amazon Queen Hippolyta and her sister Penthesilea, and bring with them entirely new mechanics and units to the game, in addition to being the first all-female faction in Total War history.

Perhaps the most dramatic difference between the Amazons and the Aacheans is the way they go about enlisting elite units. Rather than researching the appropriate technology and unlocking higher tier troops for recruitment, as is the Total War norm, Amazonian troops must start out as a lower tier and work their way up.

After earning several chevrons of experience, you can then re-train your Amazonian warriors into their more elite versions. This, in addition to a faction-specific buff that penalizes the player for losing entire units, represents the somewhat endangered nature of the Amazons themselves, and players must take care not to throw away lives needlessly if they hope to survive.

While Hippolyta’s faction functions as a settled society, Penthesilea operates as a nomadic horde, the first such playable in A Total War Saga: Troy. This is traditionally a harder way of playing, as players arent able to retreat beheind the safety of city walls, and so will offer a new kind of challenge for players looking to spice up their next playthrough.

You can check out the Amazons in action for yourself below, and watch the official trailer to get a sense of how these legendary soldiers fit into the wider context of the Trojan War.

Releasing Sept. 24, the Amazon DLC will be free to keep so long as you claim them before Oct. 8. A Total War Saga: Troy is currently a timed exclusive on the Epic Game Store. For more information on how to claim the Amazon DLC for yourself, check out this handy FAQ.