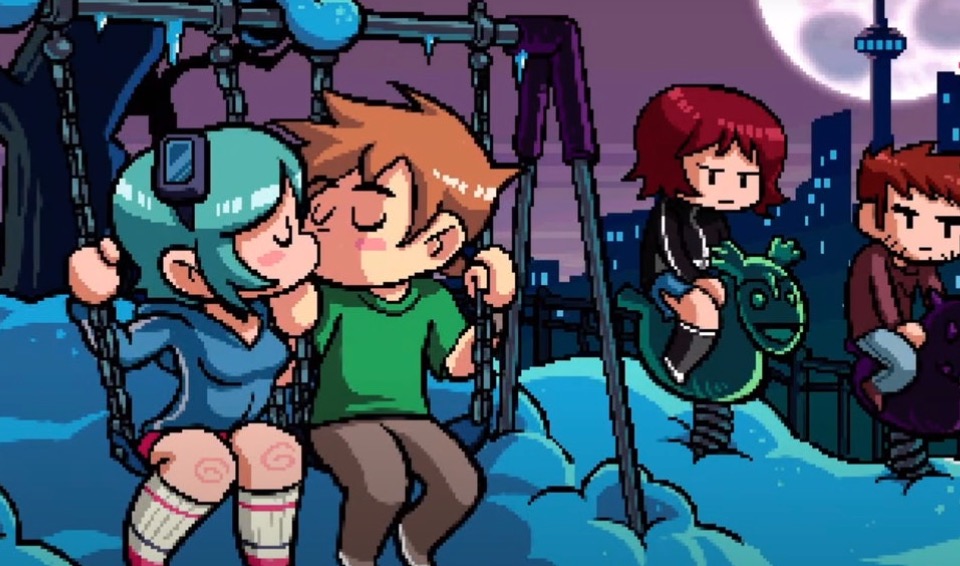 During a Ubisoft Forward presentation today, the publisher announced that Scott Pilgrim vs. the World: The Game Complete Edition will be coming to Switch, Stadia, PS4, and Xbox One sometime during the 2020 holiday season.

This complete edition of the long-lost side-scrolling beat ’em up will include Knives Chau and Wallace Wells downloadable content, two very beloved characters from the Scott Pilgrim universe.

Here’s a desciption of the game via Ubisoft:

Rediscover the beloved 2D arcade-style beat ’em up inspired by the iconic comic book series and movie Scott Pilgrim vs. The World in this Complete Edition!

Play as your favorite characters – Scott Pilgrim, Ramona Flowers, Knives Chau, Stephen Stills, and more. Team up with 3 of your friends as you battle your way through waves of tough enemies to defeat the League of Evil Exes!

Scott Pilgrim vs. the World originally launched as a digital-only title for PS3 and Xbox 360 back in 2010 but was unfortunately delisted from digital storefronts a couple of years later, which caused the game to have a sort of cult following.

Also announced during the September Ubisoft Forward presentation was Prince of Persia: The Sands of Time Remake and we also got to see tons of gameplay for Immortals Fenyx Rising, formally known as Gods & Monsters.