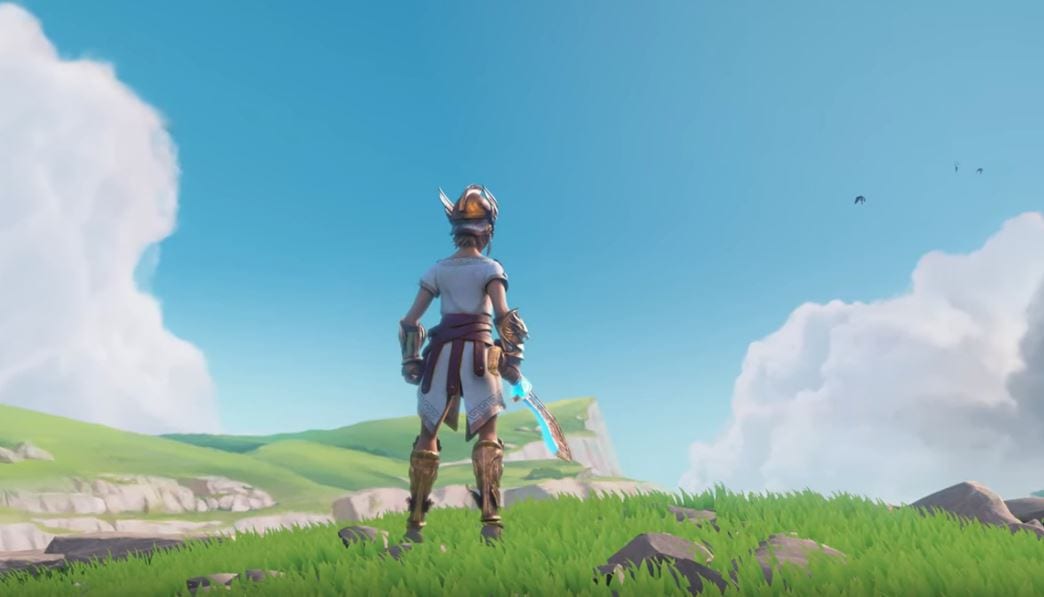 Whoops! Someone over on the Ubisoft Gods and Monsters development team hit the wrong button, apparently. A very early developer build of the game was briefly made available to Stadia subscribers earlier today before promptly being deleted.

But not before screenshots and videos were taken, of course. Reddit user DoctorEggmanNega –who doesn’t sound as though they appreciated what they were actually playing– uploaded several images and shared their thoughts on what was referred to as a “free game.”

It was described as using “a ton of assets from Assassin’s Creed Odyssey. The controls, the music, the fonts, the animations, the loading screens, etc.” A climbing system reminiscent of Nintendo’s acclaimed Breath of the Wild was also mentioned.

From the images, it’s clear that this is a very early alpha build of Gods and Monsters, as several over on Reddit have also pointed out.

Over on Twitter, video game content creator Eddie Gomes has also revealed a video of himself playing the build, giving us an even better flavor of the game’s design.

It’s Assassin’s Creed X Breath of the Wild, basically, which isn’t especially surprising given that comments made by Ubisoft in the past have more or less outlined that as the intention.

Other details Ubisoft has digressed about Gods and Monsters includes a strong focus on mythological storytelling via a narrator, reminiscent of Supergiant’s Bastion. Also, it’s set to feature a fluid combat system, RPG mechanics, puzzle-solving, and platforming.

As for how a mistake such as today’s accidental upload could occur, Ubisoft actually explained during a financial call earlier this year that it was using Stadia as a platform to send builds to developers and play-testers. It seems somebody forgot to check the correct boxes when it came to making the build a private share.

Today’s discovery is the first gameplay footage we’ve ever seen of Gods and Monsters. The game was originally revealed in a cinematic trailer during E3 2019.