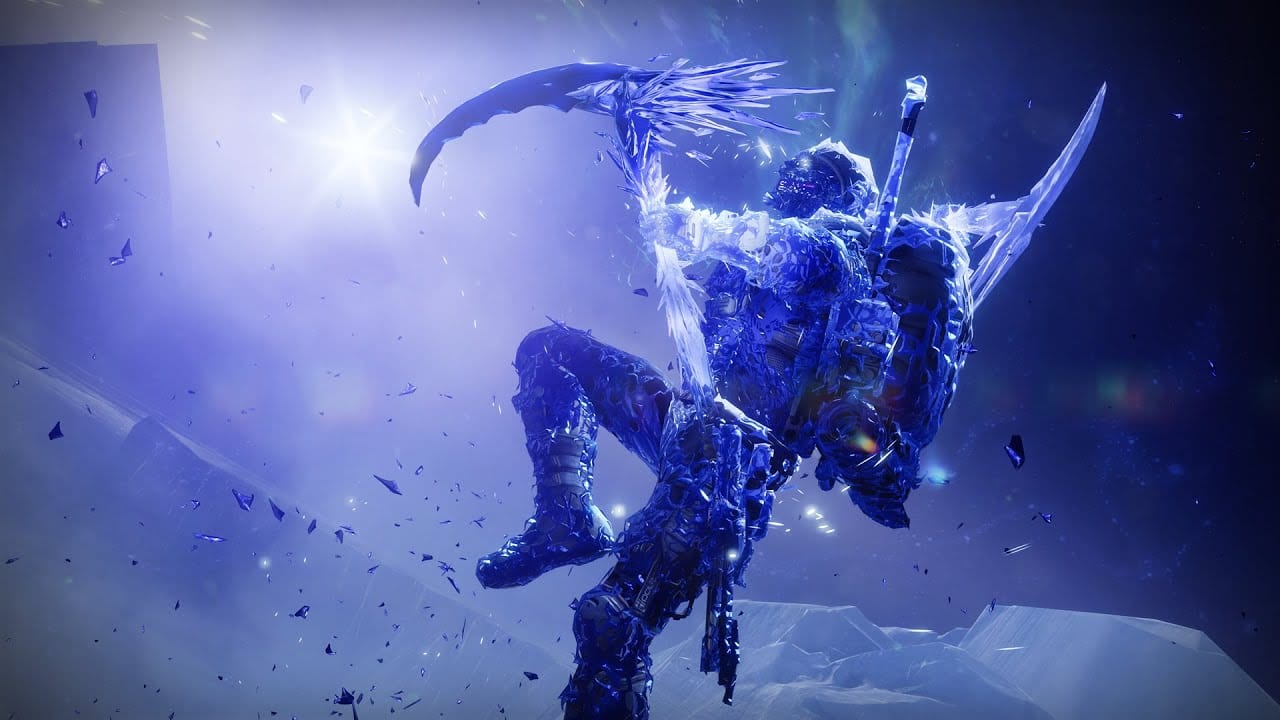 Today Bungie released a new trailer of the upcoming Destiny 2 expansion Beyond Light focusing on one of its Stasis subclasses.

To be more precise, we get to take a look at the Hunter subclass, named Hunter Revenant.

Among its arsenal is the new super named Silence and Squall, which is named after the Kama blades wielded by the hunter.

Here’s how Bungie itself describes the Hunter Revenant.

“When charged with Super energy, the Hunter Revenant can unleash their deadly Super – Silence and Squall. Named after the pair of Kama blades that the Hunter wields, this Super involves a two-phased attack, with each Kama blade having a different function. The first blade, when thrown, immediately detonates on impact, instantly freezing enemies in a radius from the center of the blast. Hurl Squall, the second blade, and it will embed itself in a surface (or an enemy) and then detonate, creating a Stasis storm that will track nearby enemies, slowing and damaging them as it makes contact.”

If you’d like to learn more about the other subclasses that will come with the expansion, you can check out the Titan Behemoth and the Warlock Shadebinder. You can also enjoy the trailer that revealed them.

Destiny 2 is currently available for PS4, Xbox One, and PC. The Beyond Light launches for the same platforms on Nov. 10. The game will also be getting for PS5 and Xbox Series X versions down the line.