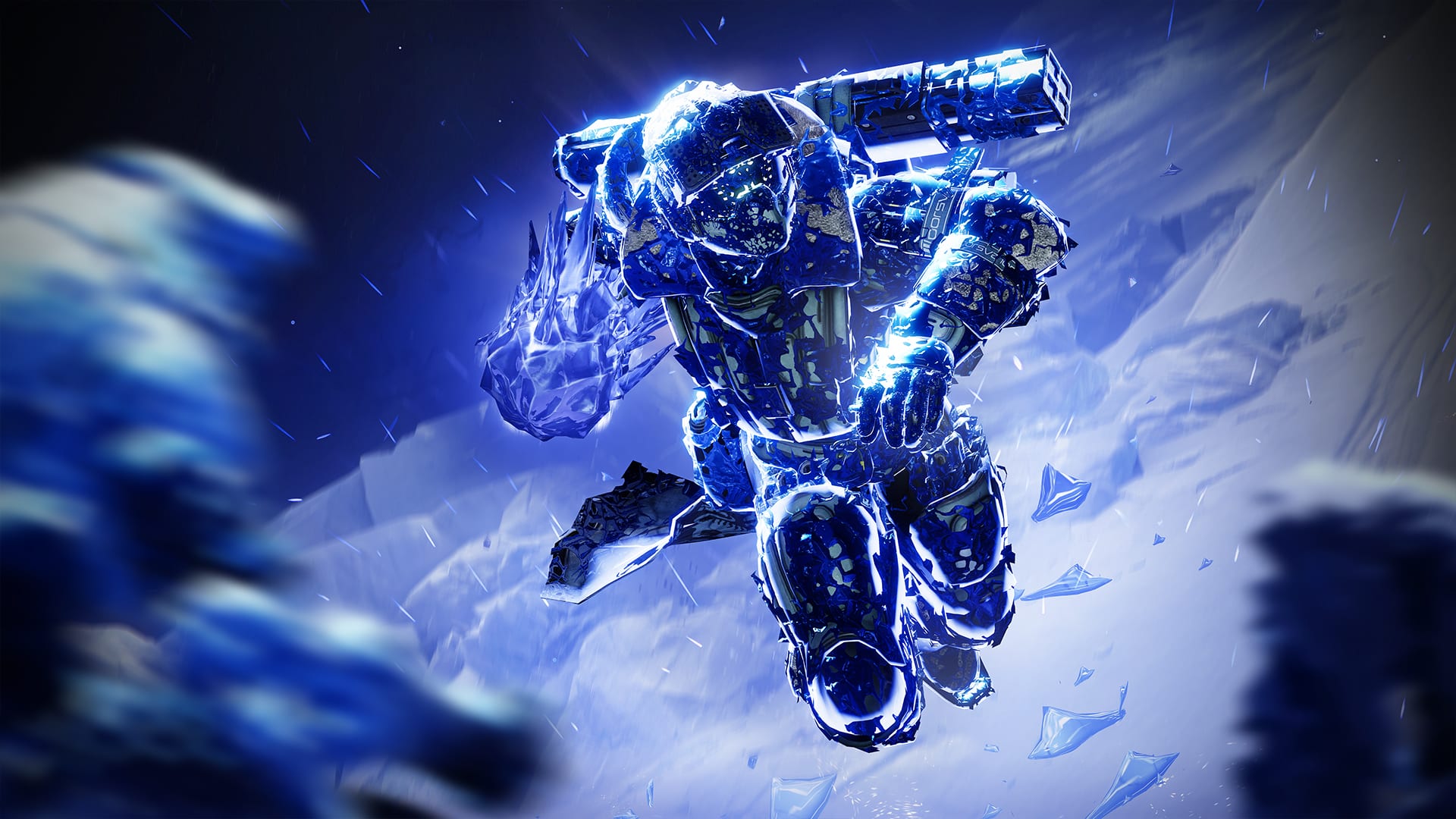 Bungie revealed the new Stasis subclass for the Titan class today that is coming with the new Destiny 2 expansion Beyond Light releasing this November.

The new Titan Stasis subclass is called Behemoth and places a large emphasis on getting close to enemies to smash them into pieces.

Its melee attack, known as the Shiver Strike, sends the player towards enemies and their fist becomes a “Stasis gauntlet” that slams into the enemy. The attack sends the enemy backwards and can slow nearby enemies.

The super ability for the subclass is the Glacial Quake, which also forms a gauntlet on the player’s fist, that sends shockwaves of Stasis crystals that can freeze nearby enemies by hitting the ground. While in the super ability, the player is able to jump higher, faster, farther, and has increased melee attacks. 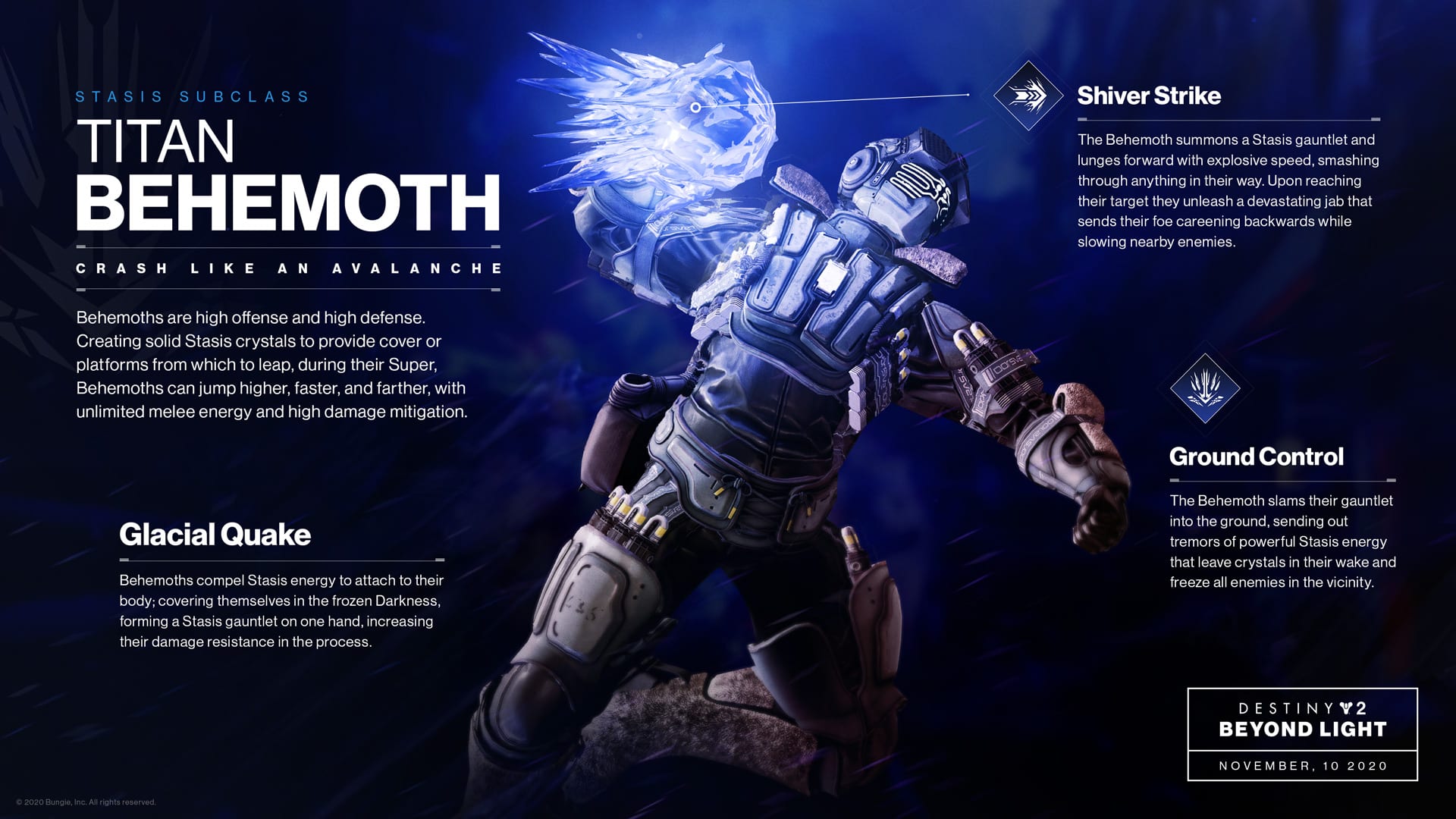 Bungie revealed the Warlock Stasis subclass Shadebinder earlier this week, and plans to reveal the Hunter’s subclass Revenant next week. All three subclasses can be customized with Aspects and Fragments, which sound like mods that can enhance certain abilities in different ways.

The new Destiny 2 sublcasses will be released alongside the Beyond Light expansion launching for PC, PlayStation 4, and Xbox One on Nov. 10.