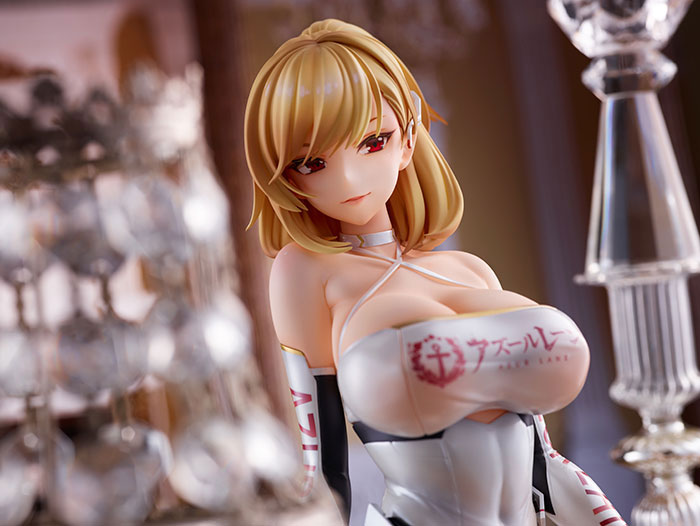 Azur Lane’s popularity in Japan has become quite massive, so it’s not surprising that figure manufacturers are announcing more and more models.

She wears the race queen costume featured in a recently-released themed skin set in the game and she makes a pair with another figure portraying Duke of York.

The release window is in almost a year. She’ll come in July 2021, so you have plenty of time to save up.

While she isn’t cheap, the price is certainly justified by the massive 1/4 scale. She is sculpted by jarel in collaboration with CREAME, while the prototype was painted by Nana Moriyama.

If you’re not into mobile games, Idea Factory International recently launched Azur Lane: Crosswave for PS4 and PC, with a Nintendo Switch version coming to Japan next week. The western version will soon finally get the DLC shipgirls.